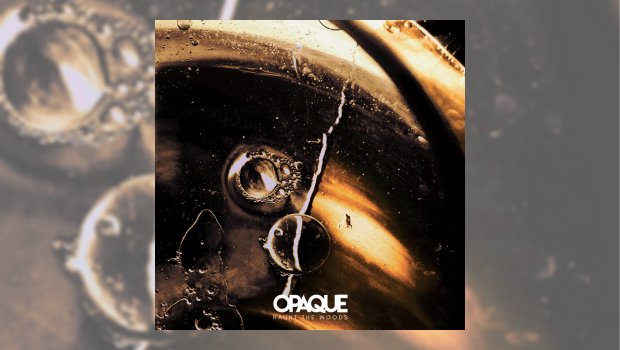 In these uncertain times, there’s nothing like listening to calming music – and despite the dynamics of Haunt the Woods’ debut album, Opaque, even at its most boisterous, it remains remarkably calm. Don’t get me wrong, there are searing solos and intense instrumentation, yet the whole remains strangely soothing. A lot of this, I think, is down to the folk influences that pervade the album. Prog can often be bloated and self-indulgent, but Haunt the Woods show their undoubted talent without showing off.

The album begins with a half-minute Intro of building ambient noise which stops abruptly, to allow the beautiful and quiet vocal-led introduction to Elephant. This doesn’t last long before everything else crashes in. I’m reminded most of short-lived New Zealand outfit Battle Circus (who I have no doubt Haunt the Woods have never heard of, making any similarity between the two bands purely coincidental, or more likely, due to shared influences).

The band cites Jeff Buckley and Muse, and though I guess I can hear these, it is only by listening out for them. They are far more reminiscent of other bands to me, and within the barnstorming Elephant I’m reminded of the aforementioned Battle Circus, but also Charlie Barnes, along with Our Lady Peace and (another New Zealand band) Midnight Youth. Indeed the flow between folk and rock within Elephant reminds of the solo work from those latter two bands, as Raine Maida (Our Lady Peace) and Jeremy Redmore (Midnight Youth) both perform in a more folk style on their solo albums than the rock of their bands. By this, I am really saying that Haunt the Woods are not at all derivative of their influences, and as both Buckley and Muse can be marmite for some listeners, they should not be put off listening to Haunt the Woods because of this.

After the explosive ebb and flow of Elephant, Amethyst provides a far steadier rhythm, which builds slowly to a peak, shifting in the last minute to a new crescendo which climaxes gloriously. It’s really a very pretty and nicely arranged piece, but it suffers a little from coming directly after the intensity of Elephant. I didn’t really appreciate it the first time I heard it, for this reason, as it came across as rather underwhelming. The songs on Opaque are almost universally great, but sometimes the sequencing does some of them a disservice. Amethyst is a victim of this. It’s a great song, and I love the climax, but…

Moving on, The Earth is a Rock is one of my favourite tracks on the album, and as the band mention Pink Floyd as another influence, I guess this is one of the tracks that shows that influence more – and especially within the latter half of the song. This track starts my favourite sequence on Opaque, but as much as I know that I like what comes next, I still enjoy this song so much that I am frustrated every time it ends. It just feels like it could go on, nay, should go on, for at least another couple of minutes.

Instead, we have Architecture, which is another beautiful ballad in the vein of Amethyst, but it’s a stronger one. I absolutely love the final moments of this track, which lead nicely into the following Red. Contrarily, Red is blue, or at least, blues. It provides a really nice change of pace and is subtle, slow, and gorgeous. “So beautiful and free”, indeed. What Red really shows, is how well Haunt the Woods are able find the right balance between soft and gentle blues, and the cataclysmic crescendos of their rockier moments. Again, a glorious and rousing finale, leading into Brother – another beautiful quieter number.

We come to the obvious single, Supernova. Dynamic and dramatic, this will likely be a favourite song for many, but again for me, it feels misplaced and another victim of sequencing. Without meaning to harp on about it, my biggest bugbear is the way some songs overshadow others, although I admit I have not attempted to find a solution, and even if I did, who’s to say that what worked better for me would work for others? What really stops me, though, is that I have always supported the concept of the album, and I like to assume that artists have agonised over the track order. It feels like I have no right, therefore, to quibble over the limitations as I hear them. The songs are still great, and Supernova is no exception to this.

After the quite lovely (and surprisingly bouncy) lament of Fly, Vultures is another highlight, subtle, expansive and understated, until the final two minutes when it bursts into an explosive climax. Indeed, from Fly through to the end of the album is another favourite sequence, making Supernova the track which breaks these two sequences. Oh, sorry, I wasn’t going to mention that again. The Box is probably the most Muse-like on the album, and the title track is a slow-burning beauty, which is absolutely incredible in its intensity. The album ends with Feel, which alternates between quiet piano-led verses, and anthemic choruses. You couldn’t ask for a more perfect closing number. For all my grumblings about sequencing elsewhere, the band has definitely got this right!

I realise that complaining about the track order might sound overly picky, but listening to an album as whole, the merit and impact of any one track is determined by what surrounds it. And when the songs are as good an enjoyable as they are on Opaque, I hate to think some might be overlooked because of what they come after. That aside, though, and I do really need to put it away, this is a truly accomplished debut. This band deserves to be bigger. They have the sound to be huge, and I hope they will be.