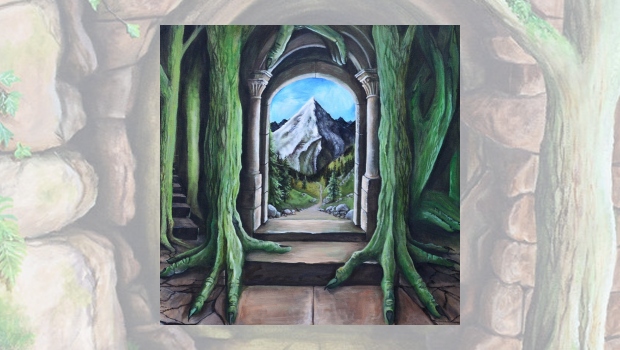 The Emerald Dawn – To Touch The Sky

The Emerald Dawn are a four-piece symphonic progressive rock ensemble taking their influences from classical, progressive, jazz, and folk genres. 2019 brought us their critically acclaimed – and deservedly so – third album, Nocturne, however 2020’s plans were shipwrecked by the pandemic, then delayed by a MAC at the end of its life. But finally, the new release is here.

Ever since I heard Nocturne I have been waiting for this album. In 2019 I met with Ally Carter (guitars) and Tree Stewart (keyboards), consumed a few beers, discussed many things, and tried to put the world to rights, and we touched on the plans for this album. The Pandemic I think put paid to a 2020 release, and lockdown put live activities on hold for the quartet. Many bookings were made to perform, only to be cancelled due to social distancing and lockdown rules. From these trials and tribulations, our reward is To Touch the Sky.

The Awakening opens with dramatic chords, a wash of keys, percussive and fluid piano, cymbals, bass, and lead guitar. It is a story that is unfolding, complete with special effects, and already it is vastly different from Nocturne. A fretless bassline builds, joined by distorted guitar. It is a play, act one setting the scene, our actors, instrument and voice, make their introductions and characters are shaped. When Walt Disney commissioned Fantasia, he wanted each individual instrument to provide a character. To Touch the Sky feels to me to be doing the same: keys and flute the protagonist, saxophones persona dramata, percussion and bass the supporting players. Everything is integral to this album.

Without denying the contributions of all the players, the focus here is on the talents of Tree Stewart – keyboards, 12-string guitar, flute, and numerous others. The keys repeat the “theme” of the album throughout, and link the solo performances of Ally, Tom Jackson (drums), and David Greenaway (bass). Tree’s performance nods to all the best elements of more acknowledged artists – Banks, Wakeman, Emerson, etc – but still identifying clearly as her own. It is entrancing, layered and beautiful, and I hear something new with every listen. Ally gives solid support, either with guitar or guitar synthesiser, solos bridging to the next keyboard theme. When he plays saxophone it embellishes, both in melodic terms and with Van der Graaf Generator-like discords, the dark elements.

Four heartbeats, a wave of keyboards wash over you, amongst the waves a subtle bassline can be heard. Layered like a gateau, different flavours stimulate the frontal lobes. Welcome my friends, welcome to And I Stood Transfixed. A few bars of 12-string suggest Welcome to the Machine, from here the track follows its own path. Tree Stewart’s keyboard playing is up amongst the stars of the past, Genesis-like flourishes but still with a heart solely of its own making. Here she also plays the 12-string guitar and flute; many parts, one soul. But that aspect, the parts and the sum thereof, equally apply to every contribution. The guitar stands to the front, to be usurped by the deep warmth and healthy grunt of the sax and the mellifluous tones of the flute. There is so much going on here, but the sound is uncluttered. With Shakespeare it was a play within a play, here it is the musical elements, and how they merge and join to each other. The contribution of bass and percussion cannot be denied, their roles making up the whole, lest Tom and David be overlooked.

With The Ascent, the final act draws themes together, moments of peace, moments of drama, and on each track the ethereal vocal passages provided by Tree Stewart. The longest track in a running time of just over 48 minutes, and like that which has gone before, always engaging. It opens majestically with an organ flourish that would be quite at home in a large church or cathedral, somewhere with a high ceiling and sharp acoustics. A passage of piano follows, Rachmaninoff in style, other instruments come and go, a vocal soars, echoing the album’s title and touching the sky. Guitar solos contribute whilst keys provide foundation and the wall of sound. Drums and bass add to the melody, and yet each speaks with their own voice. A guitar repeats the vocal phrasing. Tree’s vocal returns, raising hairs, a brief visit before the album’s coda. Each listen brings more familiarity, but also new experiences.

This is music to absorb, music to relax to and enjoy. In the wake of their second album, Visions, Tree and Ally were nominated for their instrumental skills in 2017’s Prog Mind awards. Hopefully 2021 will bring further nominations, and awards. After Nocturne it would have been easy for The Emerald Dawn to tread water, they have not and now have two quite different but equally great albums. When not writing and just listening, this album has been a quality rioja, and on a further listen a single malt. Tonight, it is a single malt. 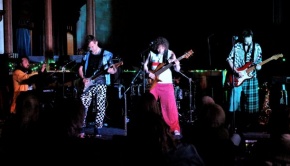