I’ve been a huge fan of Airbag for a number of years, but only dipped into the co-founder’s solo releases in the last three-or-so years. I always wondered why I delayed that action (and more fool me) because, from the off way back in 2014, his solo output has been exceptional. Of course, he’s had some high-priced help from some of his colleagues in Airbag, Wobbler and Oak, amongst others, and so he was clearly keen to set himself a high bar. Here we have his fourth full length solo record, Everything To Everyone (mindful that he also has a superb EP Coming Home, released in 2018).

This 50-minute album has six tracks, ranging from four-and-a-half to thirteen minutes in length. It has all the hallmarks of Bjørn Riis’ previous albums, with some pretty heavy riffs and delicate Floydian guitar notes that he has become accustomed to producing; variety is the name of the game. 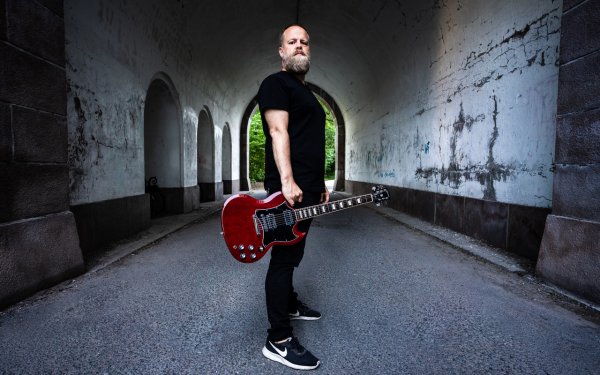 The opening instrumental track Run immediately sets the scene with an almost prog metal vibe, perhaps more akin to Porcupine Tree, and a steady guitar rhythm before bringing the energy right down to a spacey fluid melody on piano and guitar, that we commonly associate with the Airbag sound. But just as we get settled into a laid-back feel, we are awoken from our slumbers with the return to thunderous hard rock. One can take nothing for granted from this man.

The twelve-minute Lay Me Down has a beautiful vocal introduction and regular time signature. Its pace is slow and languid but highly melodious, almost West Coast Rock that one might expect from The Eagles, peppered with trademark guitar solos and occasional increased tempo that will have the crowd bouncing when this gets played live. Riis explains that he was inspired by Dante’s Inferno, tempered by the search for peace and redemption. We get all of that with this track, some moments of fiery rhythm and slower sections; there’s even a section that is as close as one can imagine to a Roger Waters track from his Pros and Cons of Hitch-hiking album, or something approaching Dogs from Pink Floyd’s Animals. It’s a delight and one of my favourites from the album.

The Siren starts with a quiet piano and guitar intro, the ensuing vocals creating pure calmness with a drum beat that is in perfect metronomic time. Riis shines again with short flowing guitar solos. Imagine standing on the beach watching the sun set; this is the perfect soundtrack to evoke memories of old.

The longest track on the album at over thirteen-minutes is Every Second Every Hour, starting as a steady number with an exciting cymbal rhythm and drum beat in the background. It has a real depth to the sound, largely provided by sweeping keys, and it develops into classic rock to about the mid-point of the track. We then get a bridge to the next section with a repetitive two-note bass line which – forgive another comparison with Pink Floyd – I’m fully expecting to hear Roger Waters sing “Goodbye cruel world, I’m leaving you today…” (I dare you not to draw the same conclusion from 5:15 onwards… it’s even the same notes!). It soon builds again before a return to vocals, a steady melodic rhythm and more of what Riis does best. This track certainly evokes the feeling of taking an unplanned journey and wondering where one might end up, but being confident that it will be a happy outcome. Perhaps a little long, but there’s no doubt that one feels uplifted by this track as it draws to a close.

Descending, the shortest track at four-and-a-half minutes, is a glorious instrumental (or at most only with a vocal undersong) before the mood changes radically, literally descending into a feisty, almost angry musical maelstrom before emerging into a peaceful guitar finale and a very abrupt stop, as if waking from a dream.

The final track, Everything to Everyone, is the perfect closer. Its opening is acoustic in nature, supported with the delightful vocal pairing of Bjørn Riis and Mimmi Tamba. Split into a number of distinct sections, it is the most melodic track on the album and will very soon become a crowd favourite. The Gilmour-esque mid-section guitar solo is sweet, as one is lulled into the sense of happiness and positivity; but beware… the final section reminds us that life is far from being soft and fluffy; it’s a superb piano finish, similar to the John Carpenter Halloween soundtrack, that leaves one remembering to be cautious and refrain from taking life for granted. Look at it as being a Thriller Season closer, with the prospect of more to come; I, for one, can’t wait.

This album conjures up a variety of moods, melding fear and anxiety with calmness and hope, the latter winning the day. I do wonder whether Riis tires of the routine comparison with the likes of Pink Floyd and David Gilmour in particular. But there’s no getting away from it, it is a soundscape that he chooses to follow and he has an instant fanbase as a result; the thing is, he is exceptionally good at it and he has a skill set that takes those traits and applies them to his unique song-writing. He should not feel remotely threatened by the comparison. Indeed, I hope he is proud at what he has been able to create; he deserves to be. 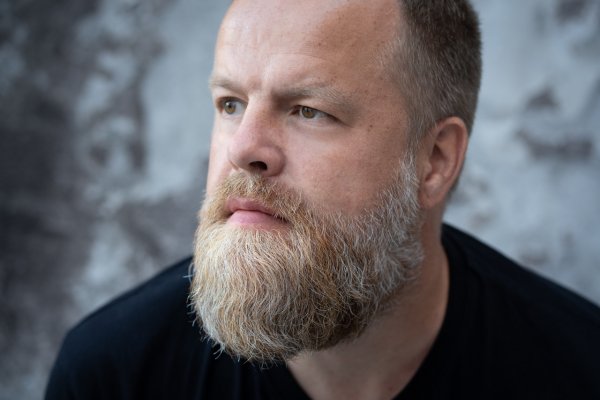