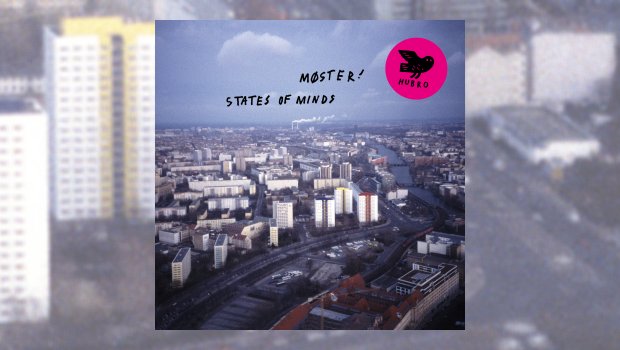 This album was released in June 2019 (November 2018 in Norway), and usually I would consider it way past the sell-by date for a review… but this is such a HUGE album I just had to wax lyrical about it!

The eponymous Møster! are named after and led by Norwegian saxophonist Kjetil Møster, who has been forging an experimental path for over 20 years, playing hundreds of gigs, his highest-profile assignment being a stint with Røyksopp. Having a couple of Motorpsycho stalwarts past and present in the band is a plus, and we end here, on States Of Minds, their fourth album to date, with a line-up that includes guitars, bass, and drums, and a myriad of electronics, as well as Kjetil’s sax and clarinet. The whole makes some wonderfully Kosmische music, that varies from the Zen trance-state induced by the “Coltrane jamming with Can” of Life Wobble, through the melodic tuneage of Phantom Bandatron, to the out-there-somewhere floating wreckage of Sounds Like A Planet, to the awestruck stellar drift of Mon Plasir, ending with the oddly strange drop bear koala lost in an avant dream of What a flop waking up.

A double album in the traditional sense, all those tracks I mentioned are on the second album, but let’s not ignore the first, for it is just as fulsome. The On The Run modular synths at the start of the twenty-minute opener Brainwave Entrainment made me smile, and the piece takes on the mildly experimental spirit of Floyd’s track and runs with it. Actually, no it doesn’t run with it, it gaffa tapes it to a Saturn 5 and fires it at the Sun. A guitar riff chugs in announcing the arrival of an ironhorse lumbertruck, which turns into a peacock butterfly that effortlessly soars away in serene fashion.

That’s probably enough track description, except for the one where Kjetil lets loose. Unhorsed by Chivalry sees the band leader aided and abetted by Motorpsycho veteran Hans Magnus Ryan, and the two lock horns, running the voodoo down in raucous style. I’m loving it!

There are no egos rampant on this record, everything is sacrificed on the altar of the music, which takes the band on a trip, rather than the other way around. In addition, there is something compelling and whole about this record, and it is something hard to define, difficult to put a finger on. As Nile Rodgers once said, I’m lost in music, caught in a trap, no turning back. Willingly I might add. Put simply this is genre-free space rock for the 21st Century.

Now, I simply must grab the three previous albums! 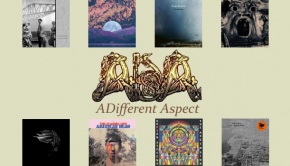