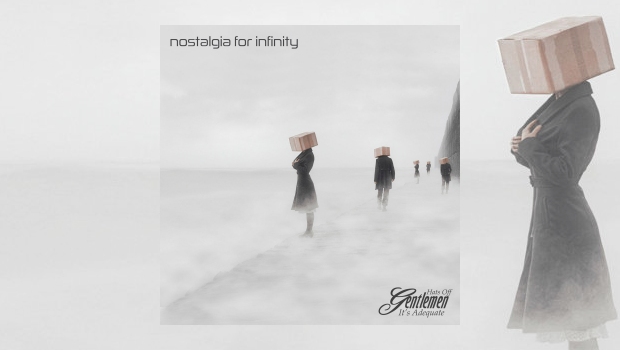 This album is stunning. If you have been dipping in to the Hats Off Gentlemen It’s Adequate (HOGIA) broadcasts from lockdown, there are hints, but this album is absolutely stunning.

I first saw the band at Steve Gould’s Fusion Festival (2019) and in a series of wonderful performances, it was one of many highlights. Soundwise, my thought in the moment was of a sub-Pink Floyd act that was worthy of further investigation. Expectations were good, and a brief chat with Malcolm Galloway intrigued me. I went away and wrote favourably, I think (I’ve not checked), but I’ve listened more.

What I did not expect was an album that has just blown away more than anything else I have heard this year to date. Century Rain is haunting, in a year that really can do without ghosts. Chills occur in places I thought buried. It stretches the boundaries of the genre, as the best progressive music does. The atmosphere is set from the first note, the lyrics are sombre, but the music is optimistic. It twists and turns, but like that rodeo ride we took at the start of lockdown, just hang in there.

Twin Earth carries on the epic introduction, and the combination of instrumentation lifts it far beyond the mundane. The lyrics are thoughtful, provocative…

Ark raises those chills again. This is an album of tracks that, by preference, I will listen through, but if needs be, singular glorious tracks will do, Ark being one of those. A passing pedestrian remarks, (whilst on her way to the home office), how it sounds like Moby; I can also hear it, Oldfield and Pink Floyd also in there, but as those thoughts fade and the dawn mist of the reviewer’s day lifts, HOGIA stamp their own footprint, with gay abandon.

Ark relates to HMS Ark Royal, here is an extract from an interesting essay by Malcolm regarding the track and the vessel:

“Our piece Ark follows the story of the Ark Royal. The first section represents the building of the ship, with the launch coming at about 1:30. The guitar comes in as the ship takes off into open waters. At 3:00 the music becomes more cautious, as the pageantry of the launch is replaced by the nervous anticipation of imminent war. German U-boats take up position around Britain in preparation for their attempted blockade. At 5:00 the Ark Royal first encounters the enemy. The Ark Royal was part of a ‘hunter-killer’ group searching for U-boats, summoned to defend the cargo ship HMS Fanad. Although the Ark Royal comes under attack, the ship was rapidly turned, and the torpedoes narrowly missed. The attacking U-boat was sunk by an accompanying Royal Navy destroyer; however, it was clear how vulnerable the aircraft carrier was to U-boat attack. The section from 6:20 follows the Ark’s hunting of, and eventual sinking of the Bismarck, the most powerful ship in the German navy. The piece ends with the sinking of the Ark Royal.”


The piece is dedicated to Richard Galloway, the Fleet Air Arm, and all those who risked everything to stand up against the Nazis. I felt it was pertinent to include this in the review.

Conjoiners and Scorpio are the closest to surreal – disjointed, discordant, and avant garde (in the way that Evil Jam on The Lamb Lies Down can be irritating and annoying, or sometimes just wow), but they fit, they really are not out of place, but I acknowledge might be medicinally uncomfortable. Scorpio is almost heavy metal in its delivery, but you cannot ignore it, it draws you in until the energy becomes part of the listening experience.

Stepping back, Nanobotoma delves into Malcolm Galloway’s apparent love of science fiction and desire for it to provide solutions. There appears to me to be much emotional content invested in this track. It is an album of instrumentals and songs, that overall seem to provide a narrative voice. I don’t think it is a concept though, merely coincidence. Nanobotoma is grim but hopeful. Chasing Neon aptly into Glitterband, no foil suits here. There are no weak tracks, odd yes, but weak? Absolutely not. Perhaps a resurrection of mid-Seventies glam rock? Well no, but like everything on this album, it’s in the Goldilocks zone. Just right.

Inhibitors I would best describe as an aural sculpture, close your eyes and the images of some industrial art installation may appear. It leads into the title track which in its full non-radio edit form swirls around you with an insistent drum beat and haunting flute. Elegant, structured and one reason this feels like a suite rather than an album of songs.

Nostalgia for Infinity ends, and the album moves into Voyager, itself on an infinite journey, Pink Floyd-ish, but also not, it holds its own. The nostalgia for the past remains throughout, but never detracting from the fact this album is of now. Beautiful.

Sixth Extinction closes the album, it is an enjoyable ride and I can see you being happy to place on repeat. In doing so I have heard new bits every time. Sixth Extinction is a warning, but a helluva kick to end an album. The track drives, and attacks, and appears to have the odd nostalgic album title reference. Though that might be my imagination sailing close to the edge.

All musical contributions have been amazing, Kathryn Thomas’ flute is incredible, if she can stand on one leg whilst playing. Mark Gatland? Well Nick Beggs has a Stick challenger.

This is truly an excellent album, by far my 2020 favourite so far, and if you do not purchase, I suspect you to be slightly depraved. I will also vote for you at the next US elections. So, Buy!!! The download is good, I recommend the CD, and if there is vinyl, sell your soul. Oh, and read the sleeve-notes. Enjoy. 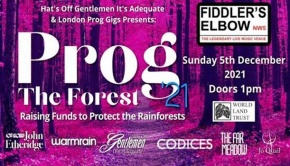 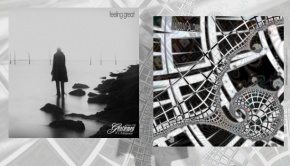