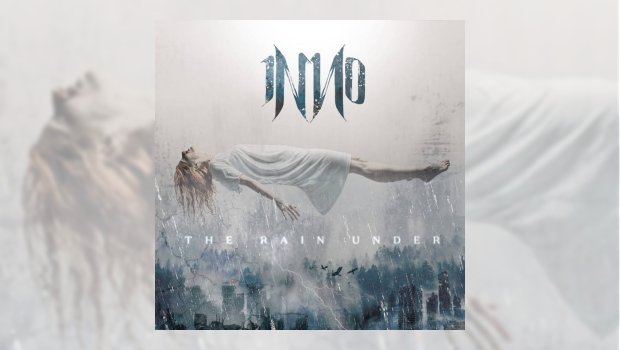 Inno – The Rain Under

Inno are being feted as an Italian metal supergroup, with their debut album receiving quite some hype. I came to Inno via Novembre, and I wonder if my impressions of this album are potentially more favourable than others, for while Inno may be comprised of musicians from many well-known and well-liked Italian metal bands, only Novembre play the gothic style of metal you’ll hear on debut album The Rain Under. At least, so I assume, as I’ve never actually listened to the other bands who complete the roll call of Inno’s ranks, but from what I know of them, their music is far from this style.

I remember when I first came across Novembre, I was surprised to learn they were an Italian band. They have that cool and bleak sound I so associate with many Scandinavian metal bands, and the band who I could most easily form a comparison with is Katatonia. Katatonia is the band I would most likely form a comparison with for Inno, too. For those more used to the styles of some of the other bands, from whose ranks Inno takes its musicians, The Rain Under might sound plodding and ponderous, but while it remains at a melancholic mid-tempo, there’s plenty going on, so that although there are the many subtleties you might expect, there are also some more overt flourishes to show this is not just another Italian goth metal band. But even if it were, Inno would still have impressed me.

The album begins with Suffocate, given the track’s title, a particularly delicate introduction. But don’t worry, the bruising riffs blast into being after a minute. I have to admit that my attention is held though, not by the guitars, but by the drums. Throughout the album, the drums are high in the mix and propel the music forward. This makes the quieter portions of any song so much more noticeable by their absence and provides some really quite wonderful dynamics to the album. Inno may not be so bombastic or brutal as some listeners might hope, based upon the musicians involved, but I find their arrangements incredibly cleverly composed, to really highlight the quieter and louder moments.

The Hangman presents itself in the opposite manner, starting heavy, before falling away to a quieter passage. But lest you be lulled into a false sense of security, don’t worry – the riffs are never far away. The song dips and dives between the contrasting textures and atmospheres, never staying too loud or too quiet for too long. And again, it’s the drums of Guiseppe Orlando which really stand out for me, providing a perfect foil for the soaring vocals of Elisabetta Marchetti. I imagine for most listeners, though, it will be those vocals rather than the drums that are the focal point. Anneke van Giersbergen is likely to be the comparison many leap for (isn’t she always?), but for me, Marchetti is more reminiscent of a mix of Silje Wergeland and Christina Scabbia.

Pale Blue Sky is a change of pace, sounding more like Amorphis than Katatonia, with galloping passages interspersed among the quieter parts. These, though, are just as impressive for me, especially the percussion, which provides quite a contrast to the drumming I’ve become used to hearing. The mid-section of the song is delightfully minimalist, before the riffs kick back in. If there is one song where it’s hard not to make a comparison of Marchetti’s vocals with van Giersbergen, it is this one. In fact, I am reminded of the Amorphis single, Amongst Stars. I wouldn’t be at all surprised if this is a favourite song for many, and it definitely comes as no surprise that it was chosen to be a single.

But it’s definitely back to the Katatonia vibe for The Last Sun. From a slower start, that is almost lost after the assault of the last track, this song builds itself into one of my favourites from the album. The chorus has quite the hook, too, providing me with an earworm to keep this song in mind, even when I’m not listening to it. Night Falls, which follows, also channels Katatonia – but where The Last Sun sounds more like more recent releases from Katatonia, Night Falls is more reminiscent of the Tonight’s Decision or Last Fair Deal era.

To Go Astray is the first song that doesn’t really do a lot for me. I don’t dislike it by any means, but I just don’t find it as impressive. Quite possibly because it’s shorter length doesn’t really give it any time to develop, and leaves little room for the band to be as expansive as they have in the previous songs. Goliath, while longer, suffers similarly for me. Likeable, but not enough. If I’m brutally honest, this album probably could have done without these two songs. Taking them away would have left a more streamlined and impressive album. That said, I love the final moments of Goliath, with a very catchy wee rhythm.

Scorched instantly pulls me back in, though, with its choral introduction, and is probably my favourite song from the album. It’s insistent military beat propelling the song forward, until the incredibly effective mid-section, once again showing the bands mastery of dynamics. Everything dies down to almost complete silence before the guitar solo kicks in. It’s not the guitar solo that is scorching, though, so much as Marchetti’s vocals as they chime in over it – soaring higher than the solo. Scorched has the most impressive ending of any song here, and the first time I heard the album, I wondered how it could possibly be followed. It comes across as a perfect closing number.

Instead, the final original song is Misericordia. I can’t argue with this. It works. The band have definitely saved the beat until last, with Scorched and Misericordia being two of the strongest songs on the album. I prefer the former, but I suspect more people might prefer this one. The album could definitely end quite nicely here, too, but once again, there is one more song – this time a cover of Pink Floyd’s High Hopes. In an album lyrically full of nightmares, it’s a particularly optimistic way to end. It’s so effective, I can’t really convey it, but to listen to this after all that has come before is quite incredible. I would never have thought a cover song could complete an album so perfectly. When I first saw the track listing, before listening, I assumed this was a bonus track – but it really does come across as completely integral to the flow of the album.

This is an album best discovered slowly. It might not immediately impress, but it quietly creeps up and invades the mind, like the dreams, nightmares and memories the lyrics evoke. With such a stellar cast and the tag of supergroup hanging ominously over the band, Inno could easily have fallen into the exaggerated pompousness such groups too easily do. Instead, they refute the clichés and produce an incredibly strong debut, full of dark atmospheres. The only stumbling point, in my opinion only, being the length of the album. I feel it could be more punchy and to the point, and I would have left To Go Astray and Goliath for b-sides. This is, though, regardless of the provenance of the band’s member, a debut – and I can only see any further releases from Inno being greater. I will certainly be looking forward to hearing what comes next!