An immediate precursor of Yes in the 1960s, Mabel Greer’s Toyshop returned after a long hiatus to release their debut album, New Way of Life, in 2015. A second, The Secret, has recently appeared and TPA’s John Wenlock-Smith had a chance to chat with the band’s guitarist and vocalist Clive Bayley…

I notice there are several themes running through this album, could you define those themes for us please and what motivated you to thread the music with such themes? 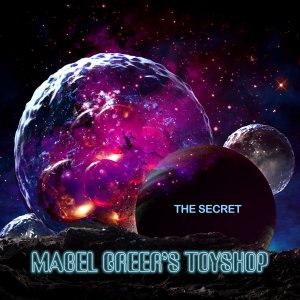 The themes evolved over a few years of contemplation and writing ballads and poems…very much in the moment music and lyrics. If the album hangs together it’s because most of it was not planned. Having said that, when we all got together and ran through the songs, it just started hanging together so well… a team effort of “going with the flow.” Then in the studio arranging over snatched days and weekends it developed a sound that wouldn’t go away…

I sense that this is a very spiritual album with lots of references to spirituality and to Sufism, etc. Why is this?

Years of looking at eastern philosophy and engaging in some of that ethos. My early song writing was always the same… I guess it’s a searching for truth and reality mixed with the joy of material life balancing act! Music is in my opinion the best method for communicating these deep ideas… better than preaching!

I also noted several classical composers cropping up throughout some of the songs. Why is that?

So much music has been influenced by classical pieces… many successful bands, Pink Floyd, etc., if you listen carefully have classical themes running through their best songs. It just works so well if you can adapt it.

I see that you are very pro-Native American. Is their mistreatment by the U.S. Government something that you feel strongly about?

It’s a political commentary but moreover an historical reality and the lyrics just popped out in the moment. It’s not a crusade, it’s a reference… it puts their plight into a feeling of musical communication, rather than a soap box. I like their historical culture and the way they engaged in their spiritual endeavours whilst keeping their feet firmly on the ground, in nature. Good example for daily life… the counterpoint to that is the track More and More which is a commentary on consumerism… keep the balance!

The music is very ‘Yes-like’ in places, knowing your prehistory, is this intentional?

No, definitely not.. it’s the way I write songs and always have done. 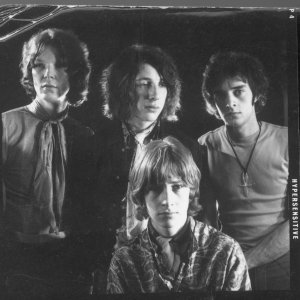 It’s lovely to hear Peter Banks on the last song, the title track for The Secret. Is there more of this lying around for inclusion on the next album perhaps?

Unfortunately not… just a few clips were sent, so sorry, it wont be possible to follow through on this unless more turns up.

So what is next for you guys? Will you be looking to do some live shows?

Yes we are looking to do some gigs in the U.S.A. next October and a showcase gig in London around May. We would love to play so if anyone wants to book us please do, make contact through our website. We have two types of sets, full on fully amped up and acoustic songs without the arrangements… could be fun.

Will you be hooking up with Billy Sherwood and Tony Kaye [who both appeared on the first Mabel Greer’s Toyshop album] again to create some more new music?

Billy is really busy with Yes. it would be great to do, so let’s see. The first album was fun and there is loads more to do…

Always up for working with other artists, we have plenty more songs in the pipeline and they suit a cross section of musicians. It’s all about the creativity and getting the songs out there.

I like the inclusion of Jerusalem on the song Swan. Are you a big fan of that particular song, if so why?

It’s because firstly Swan was about Swan Lake and Tchaikovsky. I always wondered why Brian May or Jimi Hendrix didn’t use the theme…as they did others. I thought it would sound great on electric guitar so I said to myself, “OK, I will do it then”. At that point I wanted a Russian ‘moody’ choir but we settled for Max [Hunt]’s keyboards to pick up on the Russian theme. When I wrote the lyrics, mainly in the moment, it featured the Swans environment which is a very British thing… it was natural to put in Jerusalem to accentuate the Britishness of the swan, as a balance against the Russian influence.

It’s a great album and one that hopefully will draw people to your music. Thanks for answering these simple questions Clive.

Thanks so much, I really appreciate the interest and the questions were bang on – you heard the album for what it is… 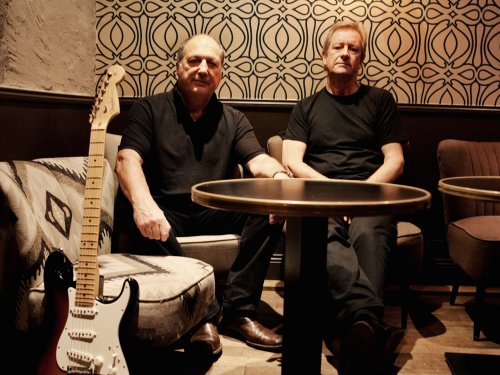 [And you can read John Wenlock-Smith’s review of the new Mabel Greet’s Toyshop album, The Secret, HERE.]