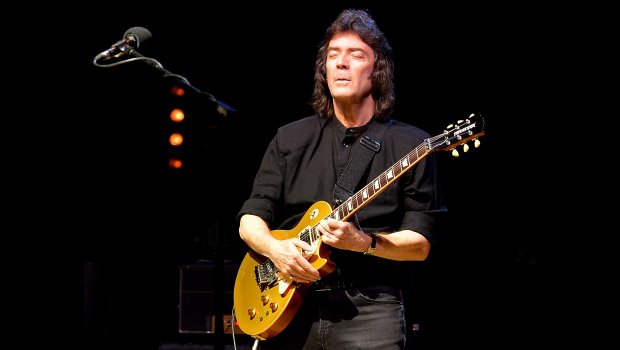 Steve Hackett is to release a new live DVD/CD set recorded at Symphony Hall, Birmingham in May 2017 during his Genesis Revisited tour, when he performed most of Wind and Wuthering on the occasion of its 40th anniversary. TPA’s John Wenlock-Smith recently spoke to Steve and, as always, he has some great anecdotes to hand and is full of insights…

Good afternoon Steve, how are you and what have you been up to of late?

I’m very well thanks and I’ve been very busy touring. I’m writing and recording a new studio album and getting ready to go to India for Christmas.

Well it’s a place I’ve never been before and I’m keen to record some sitar with a virtuoso called Shima, who plays fantastic sitar, rather than trying to play it with computer and samples. I’ve been interested in Indian music for some time, so I thought we’d go for total immersion this time around and apart from Mumbai also see some other sights like the temples in the rock around India.
Hopefully it won’t be too hot, and we are outside of the monsoon season. My wife has been before but for me it’s a whole new experience. 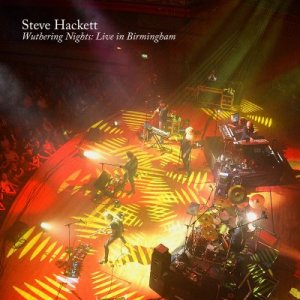 So Tell me why Birmingham for this new DVD?

Symphony Hall has fantastic acoustics (it’s built on springs so as not to be affected by the rail line that runs underneath it) and they can change the acoustics for the setting, like orchestras or a rock band.

I Saw Chick Corea there, and Emerson, Lake and Palmer in the ’90s, and we see Marillion there in April next year.

Marillion are doing a great show at the moment, and I’ve been recording with Steve Rothery on a yet undetermined project. I have good friends in the band actually.

Steve Rothery once said that he based his guitar style on you and Andy Latimer of Camel to get that lyrical sound.

Lyrical, I like that word and that’s what I try to aim for, some real expression rather than just fast flurries of notes. A solo that has a lyrical sound and a melody you can remember is worth a lot really. Music should have an emotional connection, I think that is very important.

So how is the new album coming along?

It’s coming along well. I’m trying to get as much recorded as possible now as I’m having a home studio put in and so don’t want all the distraction of the builders as they do that.

For release next summer?

Probably a bit later in the year really, or possibly early 2019 even. 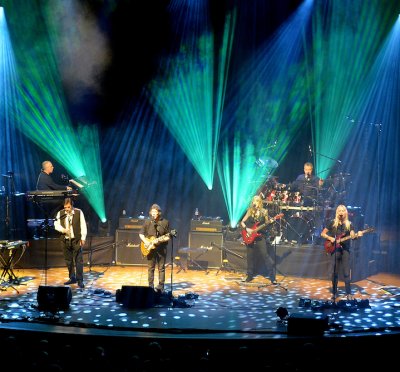 Then a new Tour?

Well I ‘m doing some dates in the U.S.A. in the spring and we’ve worked out the set for that which includes some GTR stuff as that was popular over there, we had a hit single (When the Heart Rules the Mind) and the American’s like me to play some GTR material.

Pity you only did one album really.

Well that’s what we planned really, but whether Steve Howe and the others would be interested in a reunion is very much open to discussion, but I’d love to do that again personally. I know it was reissued recently but if there is a demand…

Depends how busy Steve is with Yes’s 50th anniversary celebrations I guess.

That would be awesome Steve, if you got GTR back together. Going back to an earlier comment, I saw Carl Palmer recently at HRH Prog 4 in Wales, he was awesome too.

I Played with Carl Palmer in Miami on a tribute to Keith Emerson, I hear he has a great band nowadays too and of course is an excellent drummer still. It’s amazing that those three musicians made such a massive impact – English musicians, English band, much loved even now. Plus, they did some great stuff beforehand, Keith with The Nice, Greg with King Crimson and Carl with Atomic Rooster – he’s from Birmingham I think.

Greg has a book out? I’d like to read that one, I only met him once but he shook my hand for a long time. I loved his writing and his voice too, it was a great loss to music when he died.

Talking of books, how’s yours coming along?

Still a work in progress, I keep getting distracted by other things. I’ve just read Jimmy Webb’s autobiography – an interesting man and an extraordinary life really, he did so much stuff apart from song writing, it’s a great read. (it’s called The Cake and the Rain).

You were at a book launch recently weren’t you?

Yes, Richard McPhail has written what is for me probably the best Genesis book (Richard McPhail – My Book of Genesis). He knows because he was there all the way through. It’s a great book and well worth the read, and it was good to catch up with the others again.

So on your new album we can expect some Indian music then?

Yes, probably, we’ll have to see how those sessions turn out really but hopefully yes, that’s the plan at least.

Indian music first came to prominence with George Harrison’s Concert for Bangladesh, amongst others.

Yes, he was a visionary and open to such things after The Beatles dissolved. Strangely, he was going to open a chain of hairdressers initially before he took an interest in other things, a remarkable man really and such great music. An inspiration to us all really, a gentle man with real heart and passion.

Talking of great music, have you heard Tiger Moth Tales?

Well Peter Jones is an incredible man, blind since very young and plays keyboards and guitar, and he is influenced by you and even does covers of Genesis material. I have him as a friend on Facebook, I can message him and get his label to send you some of his stuff, I think you’ll like it. He is a great talent and is touring with Francis Dunnery next year, and then Camel.

Thanks John, that would be great.

Well, Steve, as always it’s been a delight talking with you. Hope you have a great trip to India and best wishes for Christmas and the New Year.

And to you too John, I hope you get better soon too. Merry Christmas to you and Sue too. 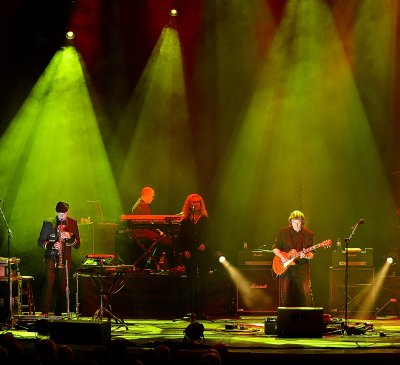