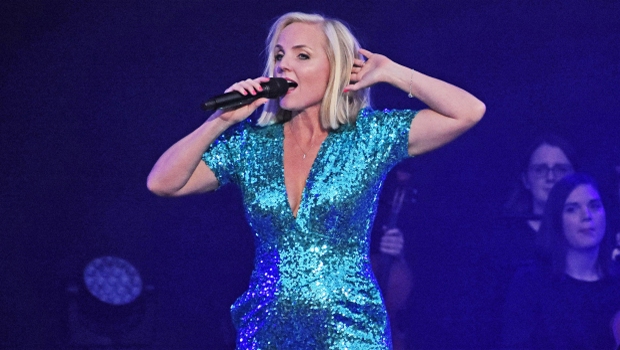 Queen Machine Symphonic – ‘Electric – And Now I Can’t Wait To Do It Again!’ Says Kerry Ellis

In a celebration of the music of rock legends Queen like never before, West End leading lady Kerry Ellis is joining forces for an 8-date UK tour with leading European tribute band Queen Machine and the London Symphonic Rock Orchestra, conducted by Matthew Freeman.

The tour follows a world premiere performance, part of the 2019 programme at Scarborough’s Open Air Theatre in August, which was a great success and Kerry Ellis says she is looking forward to doing it all again.

“Oh yes! I really can’t wait. We all came together for that one night and it was so exciting, it was electric – and now I can’t wait to do it again!”

I wonder if perhaps it’s a little frustrating to do one show and have to wait seven months for the second? Kerry laughs before she replies. “It is but it’s given us time to figure it out. It was a bit crazy for us to come together for that one night but we’ve had time to figure what we need to tweak and also the boys are touring at the moment. Everyone is busy, so it has given us time. I don’t think the set will change, maybe the order and who sings what, just fine-tuning.” 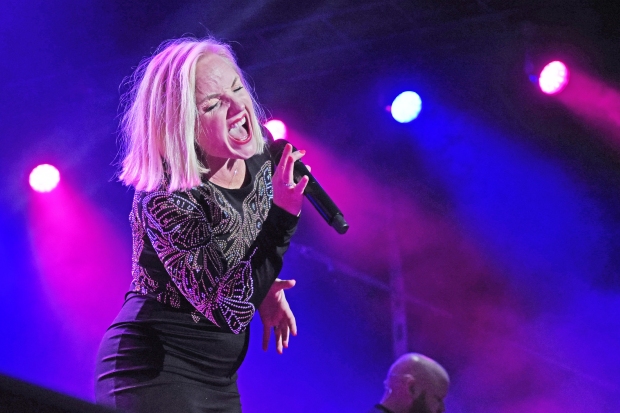 That night in Scarborough was truly memorable and a triumph in bringing together the three performing elements of the show into one cohesive unit. Queen Machine formed in Denmark in 2008 and have become Europe’s leading Queen tribute band. Conducting the orchestra is Matthew Freeman who originally arranged the music of Queen for the Royal Philharmonic Orchestra and conducted their Symphonic Queen concerts at the Royal Albert Hall in 2011 and 2014. The Symphonic Queen album was released in 2016.

Kerry Ellis originated the role of Meat in the West End production of We Will Rock You, the Queen musical, at the request of Queen guitarist Brian May. She has since forged a long-standing musical relationship and friendship with Brian, who describes her as having “Britain’s most beautiful voice”. He produced Kerry’s debut album Anthems and they jointly released the follow up Golden Days in 2017. They have toured extensively together though the UK and Europe.

The power of the band and orchestra was impressive in the open air and it promises to be a different experience again in the confines of indoor venues.

“I haven’t played that (Scarborough) venue before,” said Kerry, “and I loved it. It was such a great setting but the next eight we are playing are very different, concert halls and arenas, all very different so that will be exciting as well.

“The boys (Queen Machine) are such a tightly knit set up. Having an orchestra and band on stage at the same time is quite something. Usually it’s one or the other and it’s quite a different dynamic, but the boys are brilliant, they’re such a well-oiled machine. They’ve toured Europe where they’re very successful and the orchestra are incredible as well, they’ve been playing together for years. 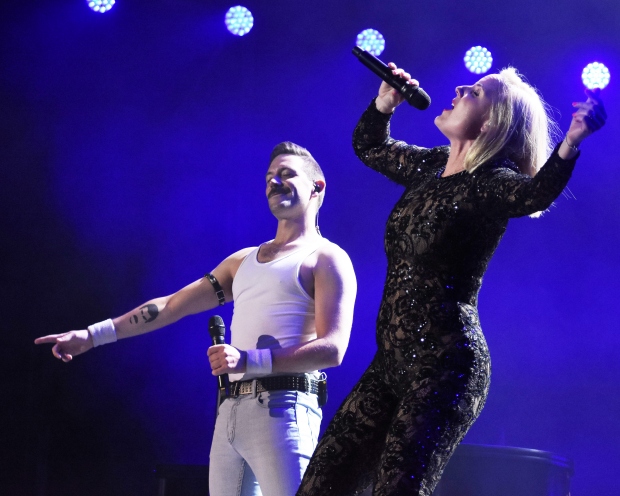 “It was just a case of bringing us together and for us to sing from the same hymn sheet. But it’s such a great group of people and we’re touring altogether. Usually you pick up a local orchestra but we’re taking ours with us which is lovely for us all.

“And I think there’s a new audience for Queen with the film (Bohemian Rhapsody) coming out. It’s brought Queen to a new generation. I was speaking to Brian last night, he’s in Japan at the moment, and he can’t believe how young the people are that are singing back to him. He says it feels incredible and they’ve got a whole new lease of life and it’s really exciting. I think we feel that as well. You do see a real mixture, especially at our show. There’s Queen fans, there’s theatre fans and young people who have just discovered their music which is really nice.

“Queen’s music is just timeless and I think that’s been apparent for some time. They’re coming up to an anniversary, nearly 50 years, and I think those songs will just go on and on. My four-year-old son sings We Are The Champions to me,” she laughs, “and I think it will keep happening. Queen songs are everywhere and there’s a reason for that, they’re good songs! I can sing a Queen song with just a piano in one of my little solo shows and then I can sing the same song with an orchestra and it works. Good songs work everywhere.”

Queen Machine have been selling out shows across Europe for some years but Scarborough was their first appearance in the UK and Kerry says they felt they needed to bring something a little more special. “Coming to the UK – the land of Queen – they needed to bring more of a show element, something extra. So they added the orchestra and then asked me to come along and I think it does that, it ticks all those boxes. 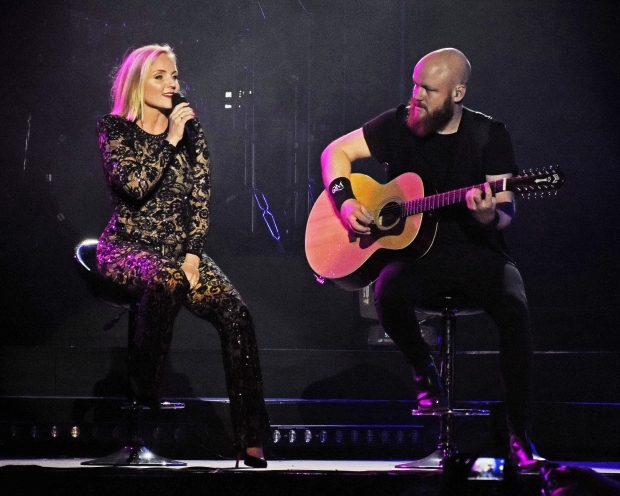 “I went out to see them at a festival and they were amazing, it was the first time I had met them and we had a little rehearsal that day. They’re just a really warm, welcoming, very talented group of guys and we all just clicked straight away. We all had a common interest in the music and Queen and it just works really well. I can’t wait to go on tour, it will be great.

“You feel the energy of everybody on stage – and there’s a lot of people on stage! That’s lovely. We’re all mic-ed up, thank goodness. I don’t think I could sing over a band and an orchestra! You do feel the energy on stage, all working together, listening to each other and feeding off each other’s energy. Bjarke (Baisner, Queen Machine lead singer), he’s just running around, he’s got so much energy but then they all have. it’s a lot of fun.”

After spotting Kerry playing Eliza Doolittle in a production of My Fair Lady, Brian May has continued to nurture her career and they are currently working together on a new project. “Brian’s been a great friend, a mentor, yes. It’s been incredible and we’ve just gone back into the studio again to make another new album, which is exciting. It’s all good. We’re working around both of our schedules at the moment, so it will happen when it happens but we have no time limit on it. it’s just nice to be back in the studio and creating. I’m so grateful to him and I’m proud that he’s out there doing his own thing at the moment. 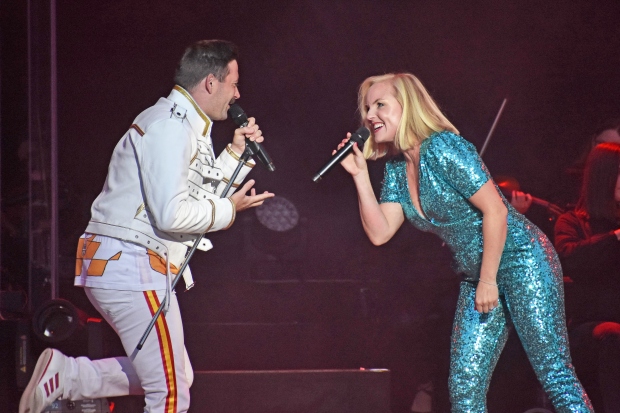 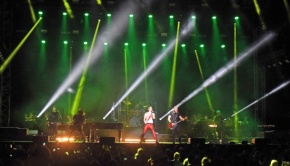