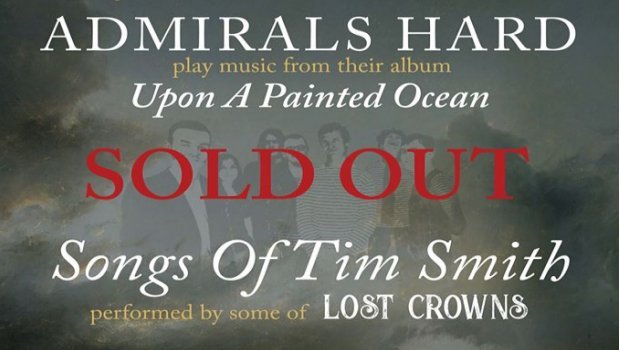 With a selection of TPA scribblists in attendance, it would be rude not to ask some of them how it went…

Frowns. We all wear them too readily these days, so frowning literally, or in a metaphorical internal intellectualisation of the process while listening to music may be a pre-requisite of us serious musical types, but tonight’s shenanigans were a good reminder that music is there to be enjoyed. Sometimes no more or less than that, as Richard Larcombe and his band of jolly jack tars proved in no uncertain terms with a set of roustabout singalongs set on the high seas. Crewing the good ship Admirals Hard we caroused the tumbril seas of adventure, spliced the mainsail, and downed far too much rum, we laughed, and gave vent to much lusty singing, band and audience alike, in the incongruous setting of the back room of a pub opposite a large branch of Sainsbury’s, somewhere in deepest Islington.

Boy, was it hot in there! It may be the beginning of February in England outside, but within the cramped and sweaty confines of this small crowded room, it could well have been below decks somewhere off a sultry and thunderhead threatened Jamaica. This added to the heady atmosphere, given an extra edge by the fact that the whole shebang was being streamed live for the benefit of Tim Smith, for preceding the set by Admirals Hard, Richard’s band ran through a set of covers of Tim Smith’s songs, some known, some obscure, from across a wide spectrum of the great man’s many splendored career. If he enjoyed it half as much as us deckhands, then it will have left a good grin on his face.

The tale of the return of James Larcombe’s hurdy gurdy, stolen from his flat a few weeks previously, only to be sent back to him from a market stall in Romania, where it was bought by someone who spotted James’ name on a small label, looked him up on social media and read the tale of woe, like tonight’s music restored one’s flagging faith in human nature. Let us keep this positive vibe going, we’ll sure need it! 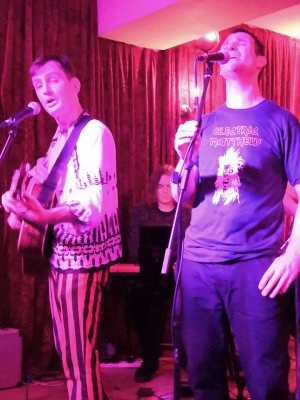 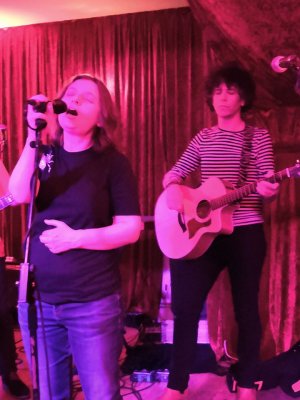 It’s fair to say that five hours on a bus is a pretty waring experience, but the joys of the evening’s revelry made the long trip to watch some tunes in the back room of a North London pub more than worth it and eased my aching body most agreeably.

The main draw for me was the support set as members of Lost Crowns delivered a sparkling collection of lesser-known works from the pen of the legend that is Tim Smith, making the band, for one night only, more fitting of the name ‘Lost Smiths’, as suitably dubbed by Mr Denis Anderson. 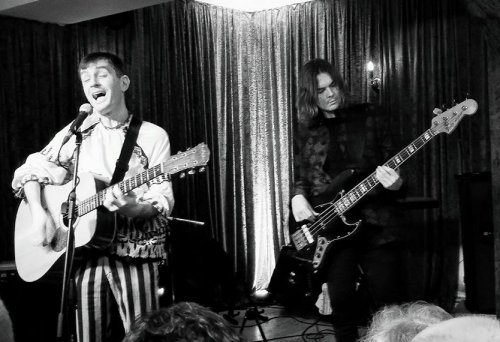 And what a beautiful set it was, largely comprising songs from Tim Smith projects outside Cardiacs, it was the rarest of treats to hear largely acoustic versions of songs from both Sea Nymphs albums, Spratley’s Japs, Extra Special OceanLandWorld and a surprisingly large swathe of Mr and Mrs Smith and Mr Drake, plus a couple of Cardiacs gems to cap it all off. With master of ceremonies Richard Larcombe playing a blinder and keeping phasers set to ‘fun’, ably supported by Rhodri Marsden, Charlie Cawood and Nicola Baigent, the songs sparkled and shone, heaven born and ever bright. 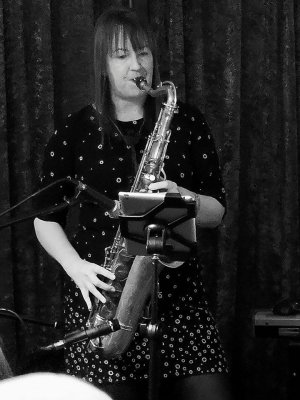 The few small mistakes were laughed off, In A Waiting Room getting a reprise run-through to sort things out to Mr Larcombe’s satisfaction, but perfection was already present in the songs, each one a capsule of peculiar beauty. Veronica in Ecstasy was brilliant, as was the closing Dergo (coming to be known by Larcombe as ‘Fucking Dergo’ during the lengthy rehearsal period).

A warm glow filled the tiny and sweaty room by the time Andy Carne leads his lusty crew and us enthusiastic landlubbers through a bellow-along set of salty sea songs that warmed the cockles as much as any flagon of rum. It was excellent fun, communal singing bringing band and audience together, and at the end sending me off into the night whistling sea shanties in a way that has never happened before.

The warmth (quite literally!) and camaraderie in the room made for a beautiful and supportive atmosphere of like-minded souls, and thinking back on it I’m stuffed with a gooey filling of enjoyment. 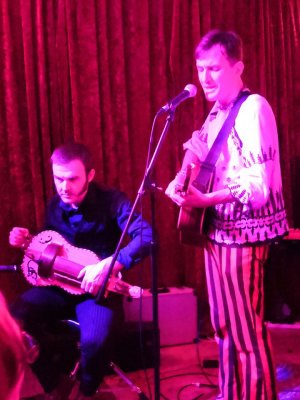 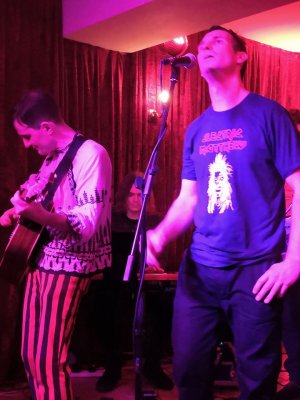 [All photos by Denis Anderson, used with his kind permission.]
And by the power of a technology unknown in the age of sail, you can now watch
the WHOLE THING, right here, right now:


SETLIST
The Songs of Tim Smith:
Little Creations
The Icing on the World
Bye Bye Spirit
In A Waiting Room
Englands
Your Removal of Me
Camouflage
A Treat From Mr Smith
March
Secret
In The Corner of Sin
Veronica in Ecstasy
Dergo

The Sea Nymphs – On the Dry Land →