Roads Less Travelled is the superb new album from Martin Barre, best known as the guitarist with prog legends Jethro Tull for 43 years. Now that the Tull Superhighway has come to an end, Barre has been exploring the rich and fruitful alleys that he simply passed by on the prog juggernaut.

There is something fresh and inviting around every corner: rock, blues, a dash of folk and a little steamy lounge jazz for journey’s end, a delicious cocktail and Martin Barre’s most accomplished solo outing to date.

“That (variety) has, maybe, become my signature,” Martin told me recently. “I didn’t really plan it that way. I guess I always have a lot of things going round in my head and that’s the way they come out from one beat to the next.

“I have to say I do like the album, but I’m usually reluctant to say so. I listen to CDs I’ve recorded and think of things I could have done better or changed. It’s an impossible thing for an artist to say they like their own work but I am happy with the end result.”

Martin has every reason to be. Roads Less Travelled is his seventh studio album, the fourth since Tull officially ceased to exist in 2012 and the first since Back To Steel in 2015. To help carry the load Martin has assembled a very tight band around him, drawn primarily from the Devon area where Martin is based. The current band comprises vocalist Dan Crisp, Alan Thompson (bass/fretless bass) and Darby Todd on drums. The line up on the album is supplemented by Becca Langsford and Alex Hart (vocals/backing vocals), Josiah J (percussion/Hammond), Aaron Graham (drums) and Buster Cottam (stand-up bass).

“They’re a great band and it’s taken around 8 years to fine tune what we needed to do. There have been a couple of changes along the way but this band has been together for 4 years, Darby the drummer has been with us for just 1 year. This is really established now as the core of 4 people in the band and we work really well together. Then we have the girls, Becca and Alex, whenever we can.”

“Dan has a great voice and he’s maturing as an artist. He was quiet, not shy, but unsure of himself many years ago. I’ve watched him gain confidence and now he’s a great performer.” 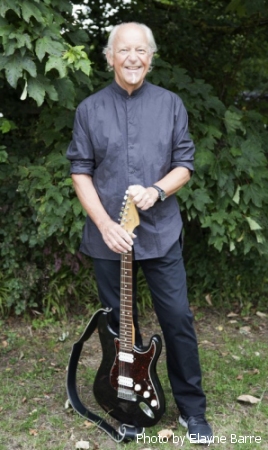 Dan takes the lead on 7 of the 11 tracks beginning with Lone Wolf, a fine slice of hard rock with Martin adding a twist of folky mandolin and the first of many tasty guitar solos that adorn the album. This was one of thee new tracks the band featured at their summer festival dates and Martin was delighted with the reception they received.

“Really good. I’m unlikely to say terrible,” he laughs, “but these are songs that no one has heard at all. They loved them and I was very happy.”

The band also previewed the rocky My Driving Song and Badcore Blues, a moody track featuring Becca on vocals and Martin on slide guitar.

“I’ve always played slide but not very much. These are things that I’ve always had and I hear about other guitar players. Does one come to mind? Yes, Hank Marvin. When you sit in a room with him backstage and he starts playing gypsy-jazz, he’s an amazing guitar player. Of course, what you know about him is The Shadows and all those instrumentals. It’s true of a lot of musicians, it’s an iceberg. What you see is what they are presenting and selling while under the surface there is a huge foundation of musical ideas and talent.

“I’m not saying I’m like that but I play mandolin, mandola and flute. I love all those instruments and I use them for levels of tonality and layers of sound. It’s a lot of fun to put them all together.”

Whilst all of the tracks are worthy of mention, there are a couple that really stand out: For No Man and And The Band Played On, the album’s closing track. A slice of sophisticated cool jazz, And The Band… features with Becca’s steamy vocals and a couple of rocky interludes making for a great finale to the album.

“That was the track that I thought wouldn’t work until Becca sang it,” says Martin. “It is a bit of an Imelda May-style and she just pulled it off.”

For No Man sounds for all the world like a lost track from Peter Green’s Fleetwood Mac, lots of shimmering cymbals and slow rhythmical drums to showcase Martin’s delicate guitar work. Martin seemed quite pleased with my analogy. 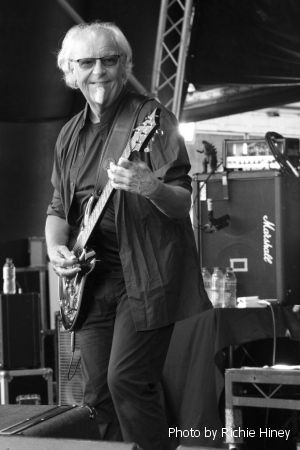 “Oooh! I take that as a supreme compliment. Peter Green is one of my all time favourites and I listen to his playing still. It’s a bench mark. He’s better than anybody else and it’s now 50 years old.

“I love that era and Jethro Tull played a lot with the original Fleetwood Mac. Peter Green was, and is, a very nice person.”

While Martin was putting together his latest collection, his former Jethro Tull colleague Ian Anderson was on the road celebrating the band’s 50th anniversary without the guitarist who had contributed so much to the band over many years. Did Martin have any regrets about not being involved?

“Well, I don’t know what the anniversary was of, it certainly wasn’t of Jethro Tull because it wasn’t a Jethro Tull band. I just don’t understand it. I can’t say any more or any less, but we’re going to do a 50th anniversary of Tull’s music starting next year in the States and I hope it’s going to come to Europe and England. It’s going to feature Clive Bunker and Jonathan Noyce from Jethro Tull but I’m still not going to call it Jethro Tull! It’s misleading, Jethro Tull doesn’t exist. I don’t mislead people, I make sure they know exactly what they’re going to get. I’m not ashamed of feeling that way. I don’t have a problem with it at all but it’s a shame, that’s how I feel.”

Having been part of such an important part of the Tull legend, Martin appears to have enjoyed the freedom to explore other avenues since leaving the band.

“The shackles were off within a month!” he laughs. “I had to rub my wrists and my ankles just to make sure they weren’t there any more!

“It sounds unkind but they were there and I never realised it until I sat down and thought ‘I need to get off my butt, start writing music and I need a band.’ I was really in at the deep end when Tull finished. It was a tough few months but as soon as I started I thought this was great. I’m really enjoying myself. There was a lot of work to do but I was up for doing it.

“This is now the fourth solo album since Tull finished and we’ve done 2 live DVDs. It’s a very hard-working band.”

By the time the album is released on the 5th October the Martin Barre Band will be into a rigorous US autumn tour schedule with just a couple of UK dates on their return. Was he able to use the popularity of Tull to capitalise on the American market?

“Nothing is taken for granted, I’ve had to win them. The very first time I went over there, with my own band back in 2015, we were playing to a couple of hundred people. People go ‘I don’t know what he’s going to do, he might just play Chuck Berry songs all night.’ You have to prove yourself. People can be sceptical when they’re dealing with someone from a big band. They can often form a solo band for a bit of fun, not a serious attempt to get a touring band with new music. They’ve had to get to know me and, thankfully, it’s worked well and now we have a much bigger audience.

“We are also putting together a tour for January, we’re going to be adding a lot more dates and the UK will be included in that. We want to go to Europe and it’s a full-on schedule.” 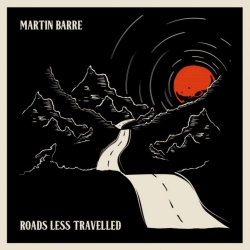