Today we welcome sharp-eyed and snazzily be-shirted keyboard wizard Emmett Elvin to the TPA Towers Interrogation Unit, specifically to be grilled by Roger Trenwith about his marvellous band Knifeworld’s fab new waxing, Bottled Out Of Eden – out today, which you can read all about HERE!

Roger: I hear you recorded the album in the Pyrenees – why there?

Emmett: We heard the weather was a huge improvement on England at that time of year. And sure enough, it was glorious. The main reason though was that was where Bob Drake and Maggie Thomas live. Bob had done the mix for The Unravelling but this time around, given that we wanted to make a much more live-sounding record it made perfect sense for the whole band to decamp to southern France and for Bob to do the whole thing there from start to finish.

RT: How did you find working with Bob Drake?

EE: If being laid back was an olympic sport Bob would represent the U.S. and trounce all competition. Both he and Maggie are just the most delightful hosts and fine human beings. Although Bob has a purpose-built studio live room we didn’t use that at all. Many of the instruments (as can be seen in the teaser trailer for the album) were recorded in the old dairy – the same big room where we would have our evening meal together. This made for a supremely relaxed, stress-free environment.

RT: Can you give us an idea of the creative process – does Kavus present his basic song and then the rest of you contribute your ideas, then rehearsal, then recording, for instance? Or is it all put together some other way?

EE: It can vary and usually depends on how developed an idea is before it’s presented to the band members. I Must Set Fire To Your Portrait for instance spent quite a bit of time in development, unsurprising given the detail involved, whereas one of the songs, Secret Words, Kavus wrote literally the day before we travelled down there. Although we had a week of rehearsals before the sessions we hadn’t over-rehearsed anything, so spontaneity was not only possible but positively encouraged. As an example: I hadn’t actually written the piano intro to Germ Inside The Word until the day it came to record. What went down was probably only about the second or third time I’d ever played it that way.

RT: Aside from the exotic location, and given the presence of a “name” producer, did the recording process differ in any way from previous Knifeworld studio ventures?

EE: Massively. There was generally a lot more room to ‘play’ – to try out ideas in a far more spacious environment. I think it was a really good thing that Kavus could entirely dispense with any engineering duties and get on with the job of frantically pacing up and down the control room stressing about peoples’ musical performances. Whilst trying not to trip over Bob and Maggie’s dogs.

RT: Did you get to “do the tourist” while you were there? There is some stunning scenery in that part of the world.

EE: We only had a total of nine days to get the whole thing in the bag so sightseeing was restricted largely to the lawn, pond (beer cooler) and enormous vegetable garden with a couple of trips into Mirepoix for supplies. But yes, it’s a very beautiful part of Europe.

RT: Do you have any particular favourite songs on the album?

EE: I was genuinely taken aback by the ending of Lowered Into Necromancy when I first heard the rough mix. To me, it really captures the redeeming light of the sun breaking through that self-imposed black cloud of negativity. 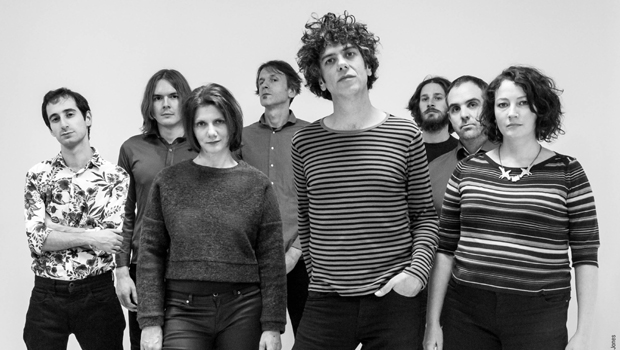 RT: You also play with Kavus in Guapo. How does the chemistry of that smaller unit differ from Knifeworld?

EE: There tends to be a much longer gestation period with the Guapo material. We usually start with nuggets of ideas and develop these and add to them over the course of maybe a year, letting them develop organically, booking the studio only when we feel we’re near the peak of a piece’s development and performance. The whole band then puts the recording down live. It’s a far more alchemical process, I’d say.

RT: Knifeworld songs appear to be more structured and therefore seem to have less scope for improvisation than those of Guapo. Do you have a preference for playing in one or other style?

EE: Although they’re two entirely different disciplines I wouldn’t like to have to quit one for the other. I’d put them on a par as far as enjoyment goes.

RT: It strikes me that there is a definite progression (eek, it’s “that” word!) in terms of songwriting, arrangements and playing from The Unravelling to Bottled Out Of Eden. Do you notice that yourself, or are you too close to the trees, so to speak?

EE: My immediate feeling is that there’s simply more ‘air’ in the new stuff. I think that’s partly due to the subject matter of The Unravelling. It was pretty unsettling material and quite appropriate that parts of it should be almost stifling. I quite deliberately sank a bottle and a half of red wine before recording my Hammond part for Send Him Seaworthy. It was that kind of a record. There’s definitely more optimism to be found with Bottled Out Of Eden – as much Heaven as Hell this time around.

RT: Apart from the album launch gig in London, are any more gigs planned to promote the album?

EE: We have more shows coming in – that will be announced when confirmed – right into the summer and beyond. For now, in addition to the London launch date we’re playing Leicester, Leeds and Brighton around the same time.

RT: A brave move playing The Musician in Leicester again – last time you played there I was part of an audience of 20! It must be a tad dispiriting when prog audiences will flock to see name bands, or even tribute acts but ignore real progressive music on their doorstep.

EE: Most of us have been doing this long enough to know that you just have to keep hammering away in some of the provinces. The Leicester show you mentioned was our first ever show there and as such was not out of line with my expectations. We’d better do better than 20 this time around, though! As to your other point I think a lot of people go to shows precisely because they don’t want a new experience but simply want the comfort of the familiar. Me, I like to be surprised or at least feel I’ve tried something new. But I realise that’s not everyone’s viewpoint.

RT: Finally, what else are you up to these days? Which is really another way of saying how is the follow up to the bloody marvellous Bloody Marvels coming along?

EE: Everything’s written and almost everything’s recorded. In a couple of weeks time I’ll start organising the piles of files in preparation for Mark Cawthra to bring his sonic laboratory and thaumaturgical ears to bear on the project. Watch out for further announcements soon… 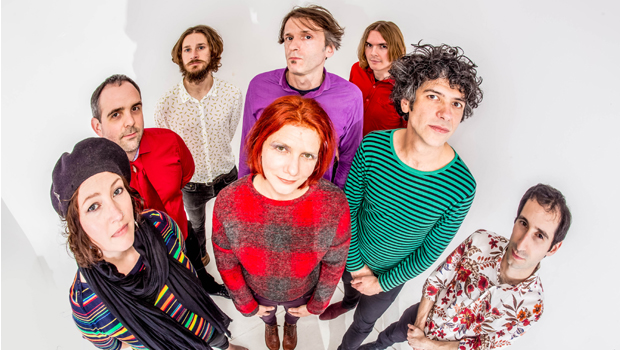 That was all quite painless, wasn’t it? No wet towels were used and no Thesaurus was abused.

Pop on over to those nice folk at Inside Out Music and snap up a copy of Knifeworld’s fabulous Bottled Out Of Eden album in any format you could hope for, post-haste!