With their new and most anticipated album to date, the batteringly fine The Euphoric just released, this early summer is something of a crunch time for Rushden’s finest sound warriors, The Fierce And The Dead. Matt Stevens and Kevin Feazey from the band took time out from making pedal boards out of old Vauxhall Viva door panels, or whatever it is musicians do in these circumstances, to answer some inane and some pertinent questions from our man in the diamante-encrusted tutu, Roger Trenwith…

Hi Matt and Kevin, and thanks for sparing us the time from your no doubt busy schedule at this pivotal time for you all. Speaking of which, how have preparations for the album launch gig been going? Nervous?

Kev: I think there’s something wrong if you’re not a little nervous before a show – it’s that adrenaline that gets you through. Over the years we’ve worked pretty hard on presenting our music in a way that is tight but with all the exciting rough edges left in. It’s always a buzz to play live and to play to ‘our’ audience is great. Feels like everyone’s on the same side!

Matt: I just can’t wait to play the new material live to be honest. I’m slightly nervous about playing synths live for the first time.

How and when did the band get together?

Kev: On and off we’ve played together since we were 15 in various configurations. As TFATD it’s been about 8 years now I think. We never planned it, just kind of all started rolling and here we are now!

Matt: Jamming on some stuff I was working on for a solo record then we realised we had a band, it’s a collaborative thing which I really enjoy.

Tell us a bit about the writing process in the band, and how the songs come about.

Kev: We have a nice balance, someone will bring in something barebones – might just be a riff and then everyone works on the arrangement and the bells and whistles. It’s a great way of working as often someone else will see something completely different so it’s always unexpected. Some tracks are unrecognisable from how they started.

Matt: I like that it’s very much about all our influences, all the music we love.

Do you have a personal favourite track or moment on the album?

Matt: I like the title track of The Euphoric, just ’cause it’s so different from what we have done before, more synths.

Kev: The big riff at the end of Verbose is always fun to listen to. 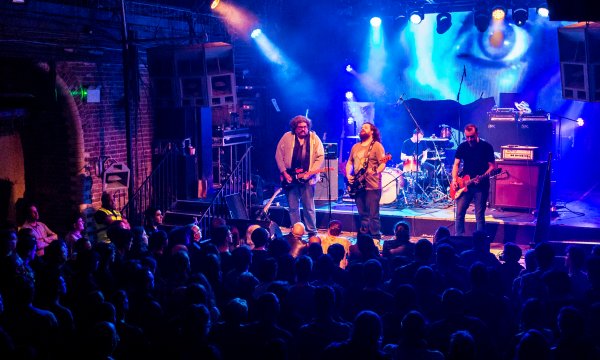 Like many who will be reading this, I first saw Matt solo a few years ago now, doing that looping thing with an acoustic guitar. Fantastic stuff, although KT Tunstall is prettier. 🙂
You’ve put that part of your career on hold to concentrate on the band. Since taking up the electric guitar full-time as it were, has your playing developed or changed in any way?

Matt: Thank you! I just felt I’d taken the loops as far as I could and I missed being in a band. I’m really enjoying doing TFATD. I might do a few loop gigs one day. It was a fun time.

Do you have any favourite guitar players, or any that have influenced your style?

Matt: Those influences are so ingrained I don’t really think about them. Recently I like St. Vincent. Always Johnny Marr, McLaughlin, Fripp, East Bay Ray, Bob Mould, Bill Steer from Carcass. It’s all in there.

Kev: we all share a lot of influences, but personally my favourite bass players are those that had a very particular sound or style. Billy Gould, Mike Watt, Rick Danko, James Jamerson and Blackie from Voivod to name a few.

A question for the guitar geeks: Do you have a favoured guitar, and how long does it take to set up your rig?

Matt: I use a Mexican Telecaster with a Bare Knuckles pickup in there and strung drop low C tuning, 52’s. I’ve got a pedal board so set up is pretty quick. Since we played in the U.S. I’ve simplified the rig as it looks like we’ll be doing a lot of gigs that will involve flying in the future.

Kev: We’ve started using different tunings so we’re swapping instruments a lot more. So I have two main stage bass guitars at the minute, a 1976 Guild B1 for the low tunings and I’ve recently acquired a Cardinal bass from a really excellent Miami based company called Pure Salem. They’re good people!

Are you full-time musicians? The seismic upheavals in the fiscal landscape of music making in recent years caused by the arrival of the digital age means that most non-mainstream musicians now find that their music making is little more than an all-consuming hobby. How does this sorry state of affairs make you feel?

Matt: Well I do other stuff than music to make a living, I’m lucky I do work I enjoy. There is a cult following for our band, we can make records and make our money back. We couldn’t afford to do it without them. We really appreciate the Fierce Army.

Kev: It’s a blessing and a curse. More esoteric bands like ourselves would struggle to be heard in the old order of things. The gates were very well guarded, the internet and the DIY community that built up around it really helped us out. Obviously it also meant that money is scarcer but who knows where this will all end up. All I know is that we are getting to do some really interesting things! 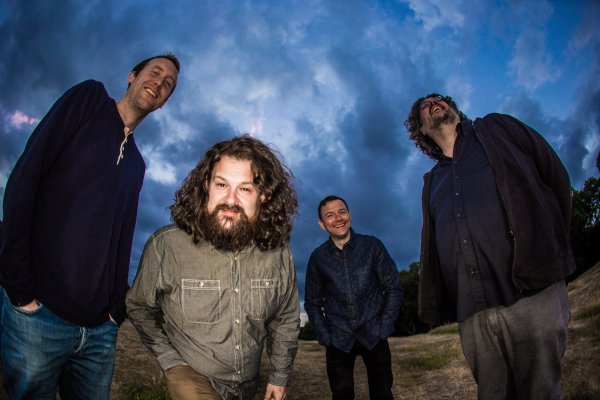 What is your take on streaming and its grossly unjust payment structure?

Matt: I just really want as many people to hear our music as possible, streaming isn’t going anywhere.

Kev: It’s a funny one this. I think that the cat is out of the bag – this was always going to happen. Now it’s down to the listener to take responsibility for their actions. By all means stream – but if you love something – buy it. I personally have found some of my favourite new bands via streaming services and then chose to attend shows, buy t-shirts and records. As an artist it’s our responsibility to make good art and create a package that is desirable. I guess this may be why vinyl is back, people missed that physical interaction.

Is the rock era nearly over?

Matt: I think that the world has changed. People are now famous to a few thousand or even hundred fans. I don’t think there will be a return of the mega stadium bands coming through, there hasn’t been for a while. It’s a good time to be making weird music though.

Kev: I think music has become so much more fluid and yet simultaneously more niche.

Back to less grim subjects… have you ever considered adding a vocalist to TFATD? By the way, one of my personal bugbears is singers who can’t, and boy, are there enough of those, so I can see why you choose the instrumental route!

Kev: Being an instrumental band is not an ideological stand for us, it never occurred to us when we started up. We grew up listening to a lot of instrumental music so it didn’t seem like a big deal. There’s been a few times when we’ve said “this would sound good with so and so singing on it”, so it’s not out if the question.

You are blessed with being signed to Bad Elephant Music, a label that is totally in sympatico with the struggling non-mainstream musician. How does it help having a label in these days of DIY?

Matt: Well TFATD is too big to manage alone so we’re very grateful to BEM for their support and hard work. No way could we send out the volume of orders we get for a new TFATD record and rehearse and do press and hold together working and family lives.

Kev: It’s really good to know someone is prepared to back you up and open a few doors. DIY has been very romanticised but the pressure of dealing with distribution and all that business stuff can really get in the way of the art.

Chief Elephant David Elliott is famously prickly when confronted with the undoubted aesthetic superiority of the LP, so I smiled when it was announced that The Euphoric would also be issued in that lovely format. Your album cover features the striking artwork of Mark Buckingham. How did that connection come about?

Matt: Mark is a mate, he likes the band and said he’d do some art. I think he’s a bloody genius. Also he’s a musician as well and I’ve been helping out a bit with his stuff. A lovely and talented man. The vinyl has been really popular.

So, what next for TFATD? More gigs promoting the album?

Matt: We’re supporting Hawkwind on their summer shows then some festivals and a U.K. headline tour for November with Europe and the U.S. to follow. We’ll be busy.

Kev: Definitely. We still feel like a new band and there’s still a lot of avenues left to explore.

Finally… all this has made me hungry… an Indian, an Italian, or a Chinese?

Matt: David from BEM would disown us if we said anything other than curry.

…and with Kev’s fancy London food choice, we leave the lads to beat back the baying hordes from the tiny stage of The Black Heart in Camden, and wish their new album all the success their unstinting hard work deserves. 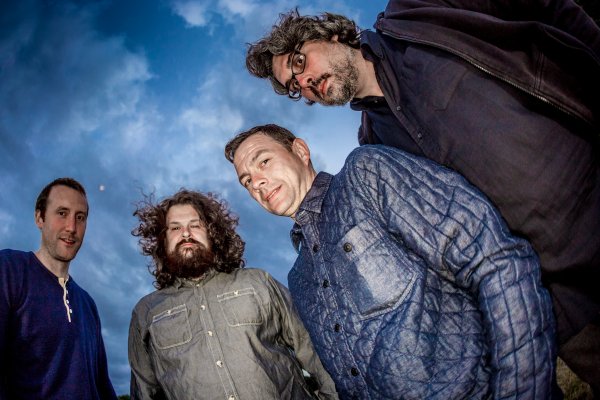 [You can read Phil Lively’s review of The Euphoric for TPA HERE.]