Islington, long since gentrified by incremental Hipster Creep, is the sort of place where, if so inclined, Tarquin and Jemima could waste their ludicrous salaries from Perfect Curve* in sundry branches of I Saw You Coming* on hand carved salt cellars chiselled exclusively from old Welsh Methodist church pews by ex-miners’ wives, or maybe on sewing thimbles crafted from lacquered Mongolian yak fur, or on sundry other daft fare on offer at stupid prices in the locality.

Highbury & Islington also happens to have perhaps the highest concentration of decent small to mid-sized music venues in a square mile anywhere in the capital, one of which is the splendidly appointed Islington Assembly Hall, so it ain’t all bad. After a pre-gig meet up with a couple of friends in the pub opposite the venue, we eventually trooped over the road and into the hall a few minutes into Stian Westerhus’s set. Just his oddly angelic voice in stark contrast with the howls, barks, and moans he extracted from his guitar, it was certainly left-field but enjoyable. My mate Pete was unconvinced, although he did admit that Stian had a good voice. Me, I knew what to expect having reviewed his Amputation album roughly a year ago. 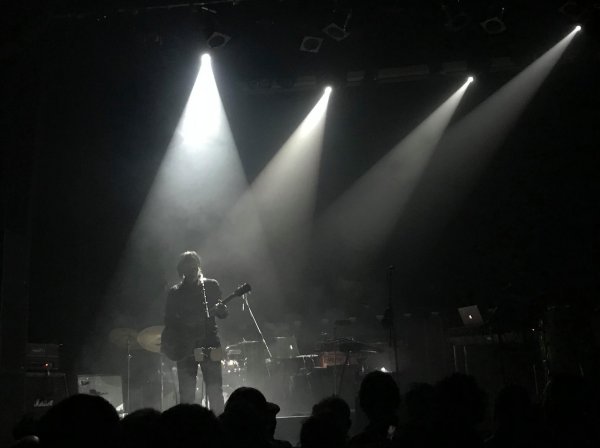 As the last death gasp of Stian’s guitar faded into electronic ambience provided by Tore Ylwizaker, the rest of Ulver took up their positions on stage, and the wash of sound morphed into Nemoralia, and the Norse longship set off on its Viking raid into the drinking hall of our temporary Valhalla here in N1. Playing the entirety of the new album, the perversely typical dark synth-pop curveball that is The Assassination Of Julius Caesar, but in a different order, with altered sections and lengthy improvised instrumental passages, Ulver turn the place into a laser-lit dance floor for the varied audience present. The venue has a capacity of 890, and I would guess it was almost full. We were certainly at the older end of the age spectrum present, hence our “dancing” was limited to a bit of jigging about and head nodding.

The light show was superb, with highly creative use of lasers and backdrops. Credit is due to whoever designed it. Being backlit, the band cut mysterious shadowy figures in black on the stage. Kristoffer Rygg’s between song audience interaction was limited to the occasional “Thank you”, or sometimes just silence and a humble prayer-bow. Wearing a hoodie, he looked like a monk on the deck of a spacecraft up there on the stage, crammed as it was with all sorts of electronica and exotic audio ephemera. 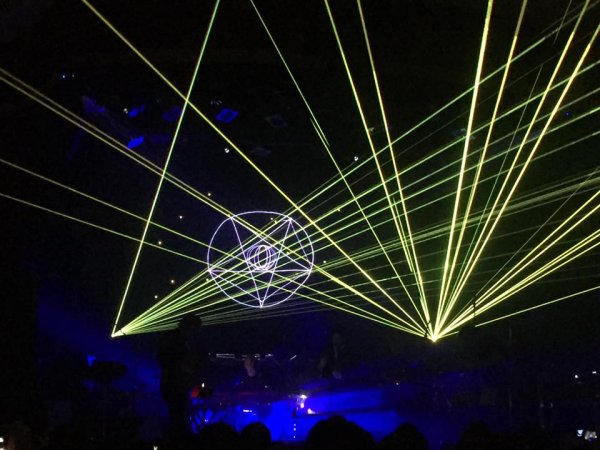 Although the sound tonight largely originated from synths and keyboards, the human element supplied by the muscular rhythms of drummer Anders Møller and percussionist Ivar Thormodsæter leant proceedings the necessary organic feel that can so often be lacking in this kind of music. It took me a while to get into the groove, and the band too seemed to warm up as the set progressed. A highlight was the long improvised section in the much extended Coming Home, played over a nailed down back beat that turned the song into an entranced dark beast of great power. 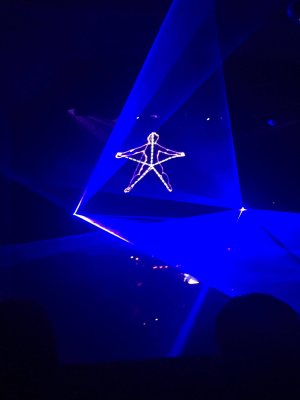 Ulver also played the “leftovers” EP Sic Transit Gloria Mundi, and another highlight was the song Bring Out Your Dead, the dance groove weirdly set off by the song title sung in the chorus. As soon as I heard their version of Frankie’s The Power Of Love a few days before the gig, I thought to myself that it had “encore” written all over it. I was not disappointed. A collective smile was raised when Krystoffer introduced it with “And now, we will play a proper song”. The gig promptly over at the 10:30pm curfew, the audience leave, tired and elated.

Ulver are a band that never repeats itself, and no two albums are the same. Their younger audience seems far more receptive to constant change and, dare I say it, progression, than the older crowd attracted to the endless recycling of well-worn tropes from the ’70s offered by other bands that ally themselves with the “P” word. Despite their longevity, Ulver are at the vanguard of true progressive music making and some of their contemporaries could do worse than take a lesson or two from their ever questing muse.

[*Non-UK readers, these are Brit TV references – Google them and you will understand!]