What a treat to see Soft Machine on their 2022 tour, particularly in the delightful Astor Theatre in Deal, a seaside town on the Kent Coast that’s almost as far east in the UK as it is possible to get.  This is a traditional seaside music hall, complete with its arched stage and thick heavy curtains harking back to circa 1906, and currently accommodates about 150 seated, having had a monumental restoration completed on it in 2009.  There’s no doubt about it, it is a beautiful venue, and the sound quality from Soft Machine was fantastic.  Bands looking for a quality intimate venue, take note… 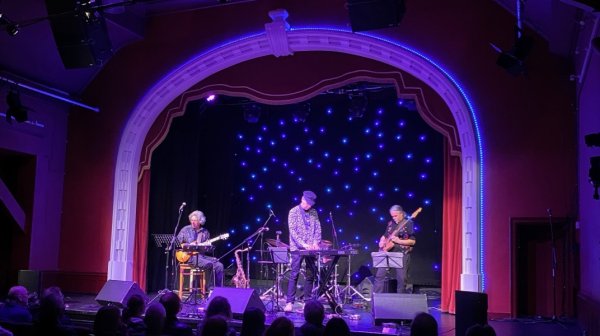 So, onto the music. I’ve been aware of Soft Machine for about four decades, but this is only the second time I have seen them in concert, and I remain enthralled.  The enigmatic John Etheridge recounted a short history lesson of the band, going back to 1966, his first appearance with the band in 1975 and a band hiatus between 1984 and 2004, which perhaps partly explains my lack of attendance at gigs…  And whilst there have been numerous line-up changes and off-shoots of the original Soft Machine, there has been great continuity;  the band line-up tonight is John on guitars, Fred Thelonius Baker on bass (having stepped into the shoes of the very gracefully retired Roy Babbington), Nic France on drums (standing in for John Marshall) and the super-talented multi-instrumentalist Theo Travis on everything else.

Split into two sets, the band covered an extraordinary range of tunes from their repertoire, from their first 1968 self-titled album through to the present day (including a brand new track).  Kicking off with the title track to their 2018 album Hidden Details, we immediately experience the extraordinary fusion talents of all the musicians; rapid guitar, tenor sax in spades, and a tight rhythm section.  Seamlessly moving on to Penny Hitch from 1973’s Seven, a downbeat but beautiful song with the emphasis on keys and sax, reminiscent of smoky jazz clubs.  John introduces (Destination) Down To Earth, a new tune inspired by the workings of Theo on flute and sax.  I understand from Theo that it is actually to be renamed Fell to Earth; that’s the beauty of this music, it’s a living, breathing, organic work of performance art. 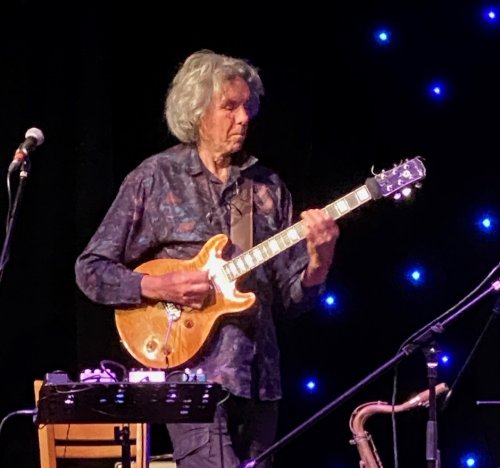 Next up is The Tale of Taliesin, a crowd favourite from 1976’s Softs, which always features a blistering guitar solo from John.  For those Camel aficionado’s amongst you, it has a Snow Goose feel about it; I’m sure it is pure coincidence that the two albums were composed in the same short era.  It’s a highlight of the show.  The band return to their most recent album with Broken Hill, a melodic number that has a gorgeous guitar introduction and throughout.  Penned by John Etheridge, it is a guitar special that Andy Latimer would have been proud to have dreamt up.  Set one closes with The Nodder, from their 1977 live album Alive and Well.  It is more classic mid-’70s Soft Machine, with Fred taking a particularly notable bass part and great interplay between all the musicians; concentration at its very best.

After a short break, set two opens with the title track from 1975’s Bundles; pretty fast and furious stuff from the band, led of course by sumptuous guitar work from John and an array of musical treats from his colleagues.  Lots of nods of approval from the audience, who are clearly enjoying this immensely.  There follows a surprise track for those who have seen the Softs regularly, Joy of A Toy, a Kevin Ayers/Mike Ratledge original from the 1968 debut album, one which John proudly declares has never been played live before tonight and probably the first time it’s been played since 1968.  Fred takes centre stage on bass and the band get through it as if it is a staple of their shows.

There follows a return to perhaps their most revered album (at least from the early ’70s era), Third, and Hugh Hopper’s track Facelift (or at least a part thereof, particularly featuring Theo’s mesmerising sax solo) before segueing into The Last Day from the Soft Machine Legacy’s 2007 album Steam.  Kings and Queens follows from the 1971 album Fourth. Glorious flute emanates from Theo, supported by tight rhythmic bass from Fred; it’s this kind of playing that shows why Roy Babbington chose Fred to step into his shoes. 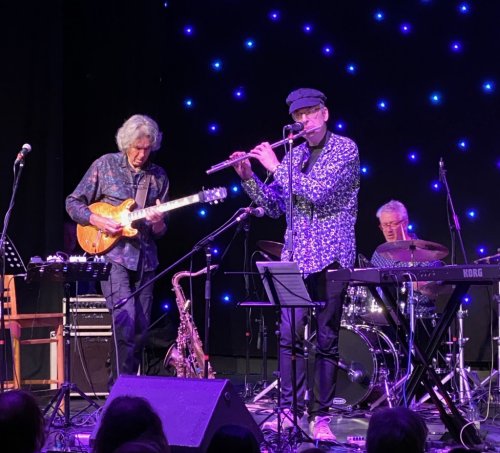 John then introduces a brand new, never played track, Other Doors.  This is fusion like you’ve never heard before. So new, Fred has to read the script… This has an enormous Brand X vibe, received very well by the crowd.  Well done guys, more of this on the next album.  As we head towards the close, John introduces Fourteen Hour Dream from Hidden Detail.  Perhaps the most melodic song of the evening, Fred gets the vibe going with thundering bass whilst Theo provides said flute melody and John accompanies with understated guitar work before getting his own solo slot; the main theme reprises to cement its place as a hugely appealing track that is sure to be a crowd pleaser for years to come.  Nic France gets the opportunity to shine with a superb drum solo before the band closes the main set with Hazard Profile, Part One from 1975’s Bundles.  It’s very fusion blues, with John providing a masterclass guitar solo demonstrating at least 20 notes to the second…  It’s a sight to behold.

The band return for a single encore: Mike Ratledge’s Chloe and the Pirates from the 1973 album Six and reprised by Soft Machine Legacy on their 2007 album Steam.  It’s a perfect end with the whole band bestowing on the audience melodic guitar and flute with underlying percussion rhythm and perfect bass.

This show had enormous variety covering many decades; just take a look at the set list and one can see that this could easily be described as a Soft Machine retrospective.  There was no fancy light show and absolutely no need for one, just pure musical entertainment of the highest order.  Originally thought of as a psychedelic band, tonight’s performance was far from it; but it was a perfect performance bringing a lot of those ’60s and ’70s traits into the modern era.  Quite special it was too… 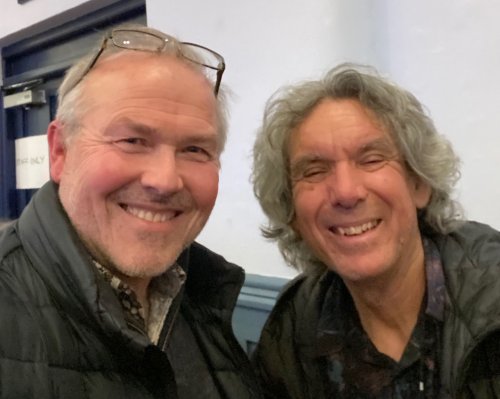