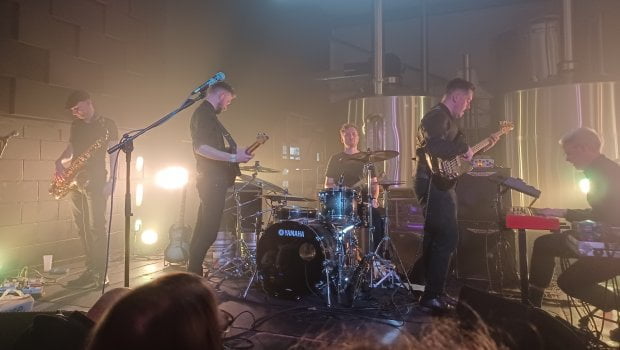 What’s that you say? Fancy a night out watching three of your favourite current bands in a brewery?

Can I stop you there – a brewery?!

It turns out that this isn’t the figment of a particularly cheese-inflected dreamscape but a thing. A real thing – with real beer!

Upon arrival it is clear that Signature Brew is located in an industrial estate, but it seems to be the partiest industrial estate around with several similar establishments vying for East London trade – there’s much fun to be had amongst the warehousing and business units, it seems!

There’s a lovely vibe to Signature Brew and a bunch of people are already enjoying the fruits of the liquidy harvest in the covered outdoor area. Once inside it becomes obvious that the stage is surrounded by huge brewing vats, making for a post-modernistic sci-fi backdrop that reflects the lights beautifully and in intriguing ways. But what will all the metalness do to the sound…?

Craft ale in hand, the scene is set for A Formal Horse, who I’d recently seen play a quite marvellous set at the Summer’s End festival, startling and delighting unsuspecting audients in equal measure.

With a brace of quite magical albums out in the world, along with a clutch of gorgeous EPs, A Formal Horse have been ploughing their particularly unorthodox furrow for a decade or so now. The mix of obtuse lyrics, buzz-saw guitar, driving bass and intense and dextrous drums – all topped off with the sublime vocals of Hayley McDonnell – consistently keep me coming back for more. 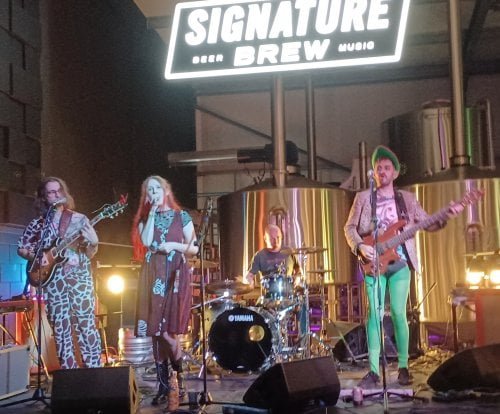 In order to accommodate three bands, The Horse had time for only a brief set, and to be honest the sound was a little thin to start, highlighting potential issues with the unusual acoustics, however the drum sound was superb, as it remained for the rest of the evening. Someone knows what they’re doing in that area. The band took a few numbers to bed in and Hayley’s voice was a little lost in the mix, but things improved as the set went on with songs from both the brilliantly titled Here Comes A Man from the Council with a Flamethrower debut and latest release Meat Mallet, with the addition of the wonderful Rosensage from the self-titled 2014 EP. They were certainly having fun and there was much laughter between the participants, although it was a little ragged here and there. When they nailed it, they did with aplomb and it was a fun set with some cracking off-the-wall tunes, and they remain a band to savour who I look forward to seeing again soon.

Back to the bar for beer replenishment and it’s not long before Thumpermonkey appear from somewhere in the metalwork for their set.

Playing a selection from latest album Make Me Young, etc. (released a whole five years ago now!), they dug back for a fantastic Wheezyboy, but also delivered some fine new material, which bodes well for a long awaited new release at some point in the not-to-distant future. 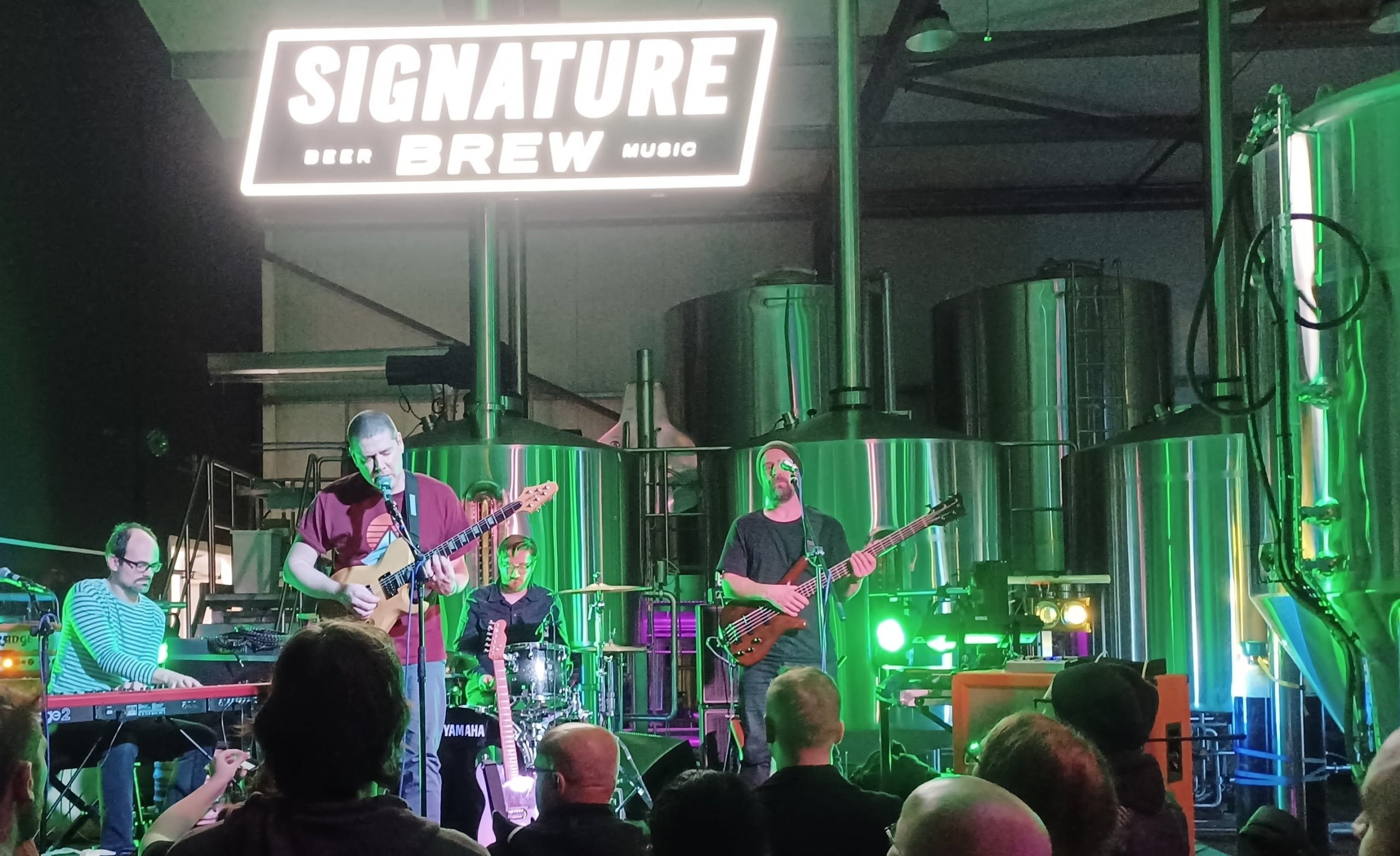 Despite both singer/guitarist Michael Woodman and keyboardist/guitarist/backing singer Rael Jones being reportedly under the weather, you wouldn’t know it as they played up a storm, delivering their dynamic and dark songs with verve and vigour, Rael equally distributed between his keyboard and second guitar duties. What this band do so well is the brooding build to the shatteringly epic epiphany, and there was plenty of that on display in the perfectly weighted set, with strident when it needs to be support from Sam Warren and Ben Wren, whose drum sound continued to impress and rattle the fillings. Woodman’s voice came through beautifully when the sound balance was sorted after the first couple of numbers, and he flew, despite the lurgi. A fine set from a fine band that deserves much wider attention. I can’t wait to see them again, hopefully with a new record in tow. 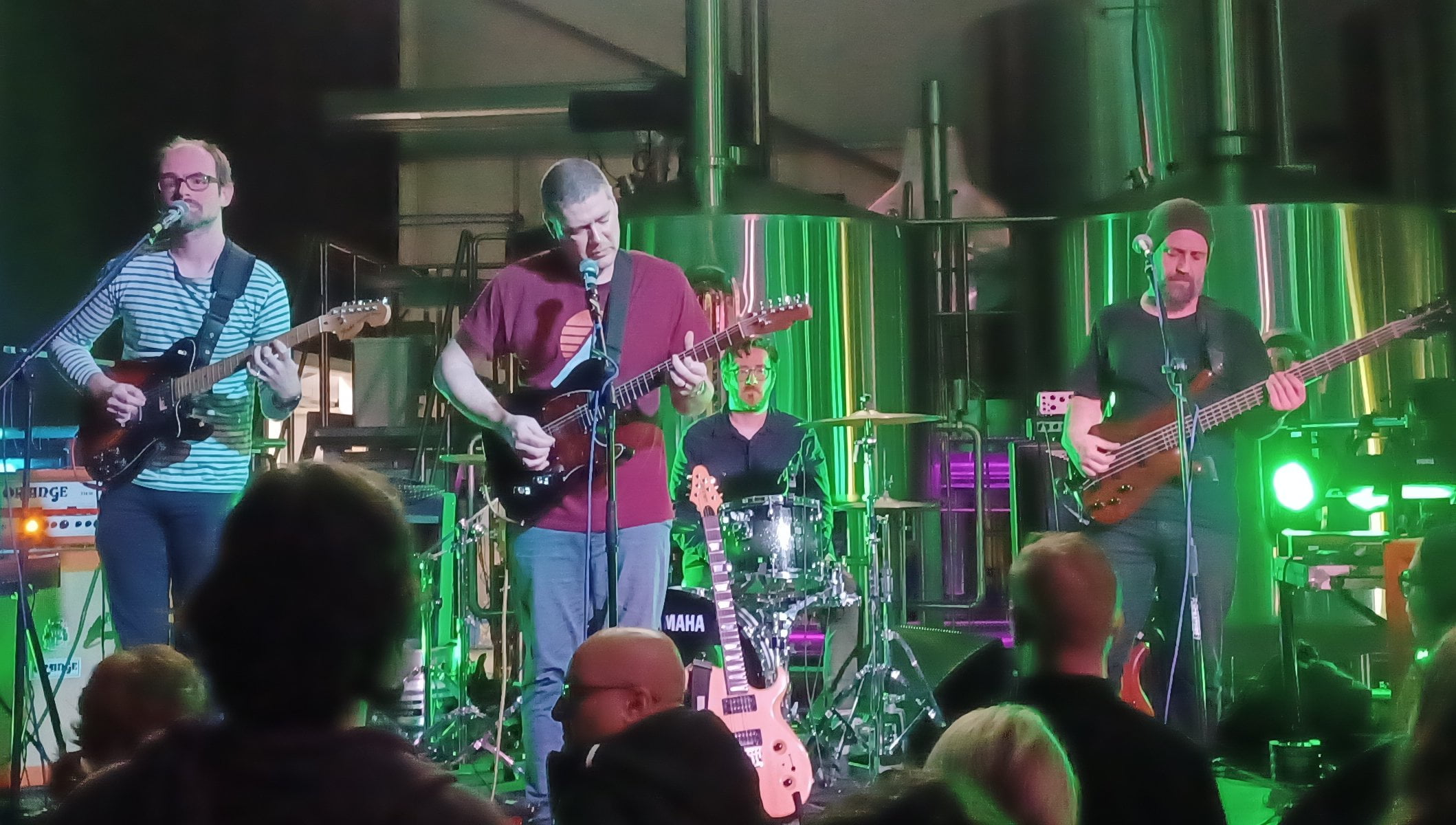 Back in May I saw a band that made my mouth fall open. I’d never heard of Poly-Math before they blasted the audience at the Portals festival to bits with their exhilarating take on instrumental prog, but the combination of the quintet’s obvious skill, some fabulous material and plenty of visually stimulating activity sealed the deal for me and off I ran to the merch table. 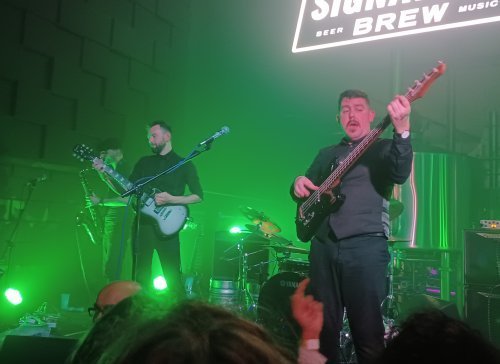 Tonight’s event marks the launch of Poly-Math’s latest album, Zenith, which I really, REALLY love. It’s a blast of punchy sonic intent, beautifully arranged to make the most of the contributing parts, with the fairly recent addition of Chris Olsen’s saxophone marking its first appearance on a recorded work with the band. They’ve honed their craft and expanded their sound over the last decade and today they’re a powerful snarling beast of a band with the firepower to fully deliver the spiralling and enigmatic music. Bass man Joe Branton, his instrument worn high, is a jerky blur of movement and a fine foil for left-hander guitarist Tim Walters, the sax additions from Olsen cementing the comparatives with the likes of Van der Graaf Generator and King Crimson, the latter often accentuated by the Fripp-like zeal of Walters’ riffs. This is heady stuff that doesn’t hang about, cruising and bruising with gay abandon in an energy fuelled rush that draws on its prog influences. 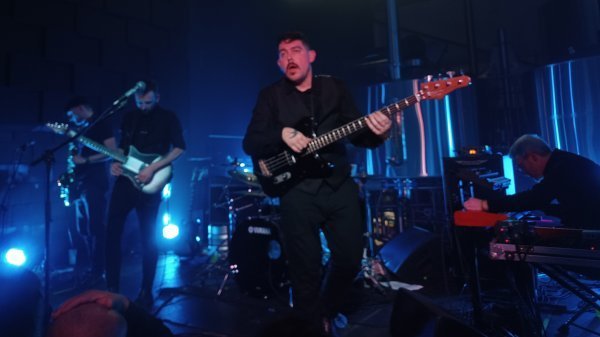 Playing the whole of Zenith in order, the sound was ace – once again, the drums were immense, clearly displaying Chris Woollison’s prodigious skills – and they performed impeccably, a thrilling set that even inspired a mosh pit during the final two tracks from further back in the band’s catalogue, a strange development but one that highlights the band’s crossover appeal to the younger audients of Portals, as well as the older prog heads in attendance. This band have successfully managed to capture adherents from both camps (which are bizarrely divided by a common love of similar music. Go figure). 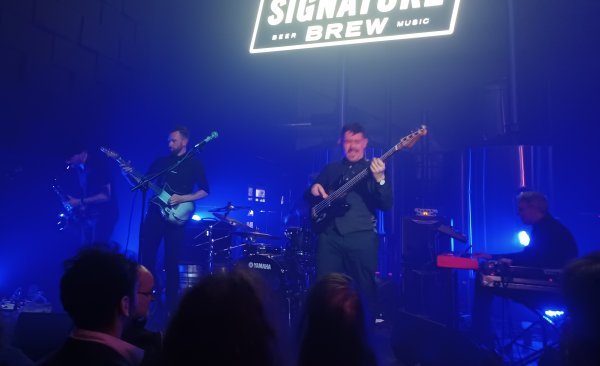 A fantastic end to a fantastic night. At the time of publication you can still catch Poly-Math at the final few dates of their current tour. Don’t miss out, catch them if you’re able. Just go and enjoy a band of real quality.

[You can see Poly-Math at the final two dates of their tour at Satan’s Hollow in Manchester on Thursday 24th November and Little Buildings in Newcastle on the 25th.

You can also read Jez Rowden’s interview with the band, conducted before their set at Signature Brew, HERE.] 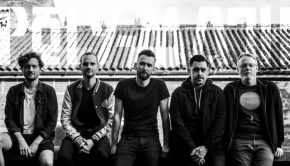 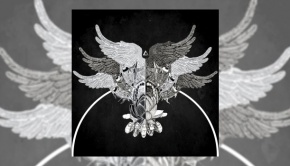 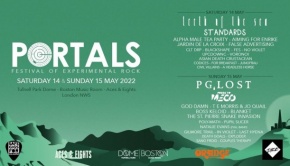