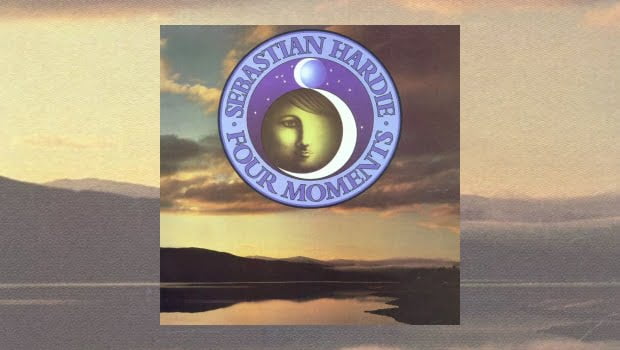 “What’s the Australian equivalent of Close to the Edge?” is a question you’ve probably never asked yourself, although you might be curious about it now that you’ve read this sentence. The answer is almost certainly this very album, which I recently happened upon in a most accidental way.

It was a hard Friday. I was pushing my one-year-old in her stroller as I grimly contemplated the next 48 hours, where I would have to look after her single-handedly while my wife was away at a conference. Whilst doing so, I was listening to Spotify through my Bluetooth headphones; I occasionally feel daft listening to Spotify, not because I think they give too little to the artists or anything – I’m just fully aware that with my extensive music collection I ought to be able to find something to listen to without resorting to Spotify.

In fact, it was even worse than that: I was listening to something I already owned, the debut album by the English-language Italian group Acqua Fragile which, for one reason or another, I hadn’t uploaded to my phone. I can’t be expected to carry all my music around, can I? Spotify at the very least makes it easy to access a lot of your favourite albums on the go. After I had finished listening to Morning Comes, Spotify’s algorithm correctly discerned that I was listening to prog and started throwing some hammy tracks my way, which I skipped through until Four Moments Pt.4 – Everything Is Real caught my attention.

The fast-paced hi-hat giving way to that classic synthesiser sound was too much of a temptation to resist for a prog fan like me. Glancing at the album cover, I was even more astonished that I didn’t recognise it – or the artist Sebastian Hardie – whatsoever. “Who’s he?”, I thought. In my thirteen years of being a prog fan and journalist, I have scoured the internet and ProgArchives looking for classic prog from the ’70s, so it’s very rare indeed that I don’t recognise a band at all, especially one that falls so categorically into the prog camp. It’s also quite exciting to make such a discovery, which is why I thought I’d share it with all of you, especially after I had listened to the album in full and decided it was worthy of a revisit.

Sebastian Hardie are labelled by many as Australia’s first symphonic rock band, probably an easy claim to make given that there isn’t a particularly rich history of prog from Down Under. The band’s name is entirely fictitious, apparently; the group was formed in 1967 as Sebastian Hardie’s Blues Band, probably after the notorious Beatles album from the same year. Unsurprisingly for a mid-’70s symphonic group, their sound is rather derivative of the more famous prog groups, although Sebastian Hardie isn’t merely a Yes-clone like Starcastle or Druid. While we’re getting disclaimers out the way, Sebastian Hardie isn’t particularly technical or complex either, which might make them a harder sell for some prog fans. Their music features a lot of repeated themes which can occasionally make it feel like the band have tried to make a symphonic album by writing as little as possible.

Side 1 features the titular suite broken into four easily digestible parts, all with titles that feel like they could have been written as a parody of a prog album. Glories Shall Be Released introduces us to the band’s prog timbre with plenty of Mellotrons and keyboards to get you settled into the journey. After being treated to the main theme repeated for about three minutes, we find out it’s also the melody used in the verses. See what I mean about not writing very much? All the same, it’s a solid melody that is joyous and becomes an earworm fast.

The second part, Dawn of Our Sun, feels as if it was ripped straight from a Moody Blues album, so subdued is the tone. It’s nice, but doesn’t really get my prog senses tingling. Journey Through Our Dreams meanwhile takes us on a Nektar-, Yes- and Camel-inspired instrumental section that the suite desperately needed to stay exciting. Everything Is Real brings the suite to a stellar close by bringing back the triumphant main theme from the first section. While hardly innovative in their style, Sebastian Hardie is successful at composing a decent prog suite.

Side two features two instrumental tracks. The first, Rosanna, is poetic, but rather too gentle to really be worthwhile. The thirteen-minute Openings, however, is arguably the best track of the album. Like Rosanna, it features a repeated theme played with variations, but the extended length of the track and the nature of the theme itself make this sonic outing much more satisfying. Scorching, passionate guitar work by Mario Millo that gets better with each passing minute makes this instrumental into a life-affirming tower of mellifluous glory. As I said earlier, the band’s compositions aren’t particularly complex but the addition of the odd ⅞ bar here and there make the song so much more satisfying, especially as you get used to the theme by its fifth or sixth repetition and can predict it. For the finale, the band launch into hyperspeed and really rock out with a fast-paced final repetition of the stirring theme that brings the album to a perfect close.

Sebastian Hardie would go on to make their sophomore album Windchase the following year, a somewhat weaker album than their debut, although still rooted in the symphonic style. The band then split as half of them formed the new band Windchase (wonder where they got that name?) that released Symphinity in 1977. Surprisingly enough, I do have a recollection of that album’s striking sleeve, adorned with a green pyramid, as I must have listened to it whilst working several years ago. I just never looked into the band’s past. Sebastian Hardie also reformed in 1994 for ProgFest, then later in 2003 and once again in 2011 to record a new album, Blueprint, each time with all four original members heard on Four Moments.

I’m not claiming that this album is some misunderstood masterpiece; I am quite aware of its flaws and lack of originality. Nevertheless, it was an album that made me extremely happy to have found it and spoke to me on a day when I was feeling rather glum. It was also a reminder that my journey in listening to obscure ’70s prog is not over, even if it has become harder over time to find new bands from that bygone era. If you’re looking for obscure retro symphonic prog and don’t mind it sounding somewhat derivative (as it often does), you could do far worse than listen to Four Moments. And even if you’re not, please listen to Openings, it’s an absolute banger.