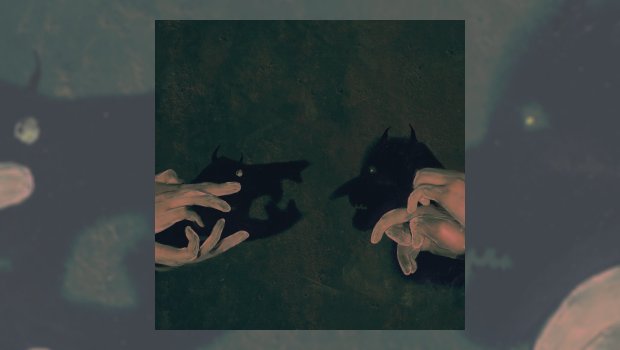 “Who would have thought it starts in Lowestoft?”

Well, it actually emanates from Southampton, where A Formal Horse have diligently gone about crafting the successor to the startlingly brilliant Here Comes a Man from the Council with a Flamethrower, released in 2019.

And I’m going to throw down the gauntlet right away and say, if there’s a more intriguing, accomplished and exhilarating album released in 2021 then we’re in for a hell of a year.

“Wake up in the local park handcuffed to a roundabout…”

Meat Mallet slashes and batters and caresses and gooses and surprises and eviscerates for the whole of its 40-odd minutes, a scorched earth of intense creativity and diverse awesomeness. Here Come a Man from the Council was (and remains) a blast. This is just spectacular. It’s fair to say that I quite like it.

Look, if your definition of uplifting music relies solely on symphonic albums released over 40 years, you’re likely to be confused at best. However, if you appreciate young artists who plough their own furrow, taking influences from here, there and everywhere to create an album of pure joy in their own style, then you’d be very right to give this one a serious go. It fizzes like a well-shaken can of Tizer, the quartet working together in pursuit of a shared goal, melding their particular brand of prog with metal, punk, operatic tendencies and silkily picked guitar.

“I’m a lasagne, you are the big cheese…”

They don’t hang around either; all of the dozen tracks fall into the two- to five-minute zone. The album spins around like a demented tumble dryer, not even entertaining the possibility of moribund stagnation. From the choral threat and intense riffing of the overture that is This One’s Just a Warning to the sobering tale of what’s hidden within the school dinner breadcrumbs in the micro-epic finale Turkey 2000s, the guitars buzz around like a bucket-full of angry wasps amid pounding, intricate rhythms, the awesome voice of Hayley McDonnell woven through to hold it all together, sardonically delivering the pithy vignettes that make up the gleefully cryptic lyrics, occasionally with distinctive operatic tones that are just gorgeous in this setting.

The words needle away at the likes of corporate greed, authoritarian and self-serving government, cronyism, technology as a means of control, rampant commercialism and urban decay, even taking in the B29s and firestorms of World War II bombing for the achingly melancholic Bring a Bun, and Let it Run‘s sad eulogy for a country seemingly disappearing up its own arse.

“Four little pensioners in a row…”

These dozen multi-movement mini-symphonies have no truck with convention, going where the muse takes them, and it doesn’t take long for these wonderful songs to embed themselves under your skin, Hayley’s imperious voice at the eye of the storm. It’s not all intensity, they use space particularly well, breaking up the pounding sections with delicate flights of fancy and show a very mature lightness of touch.

The spectre of King Crimson beams down on some of the tracks, but it’s the feel that draws the comparison rather than any direct references. The dextrous picked guitar sections fall half way between there and the classical realm, adding to the airiness as they circulate. The band play with rhythms and tempos on a constantly moving platform; you really need to strap yourself in or face being spun off into the distance like a well-greased fun house ride.

“Spice runners hunting beaver like no business at all…”

There’s good use of backing vocals and multi-tracking too, but only where it is most effective, plus fast-paced wordplay and unusual textures that enhance the whole. At it’s most basic, the instrumental trio thundering along at full breakneck pelt – sometimes as galloping metal or with a mathy intensity – is a thing of awesomeness. I’m a Lasagne has the most unexpected singalong chorus of this or any other year, Hayley swooping and soaring deliciously, while on Space8 she heads skyward in arcing curves.

The writing is delightfully off the wall and the performances all superb. Thanks to the whizzy aural wizardry of Rob Aubrey it all sounds superb and A Formal Horse are certainly among the most exciting bands this country has to offer. 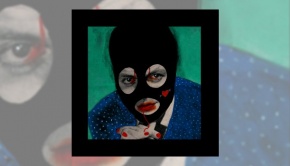