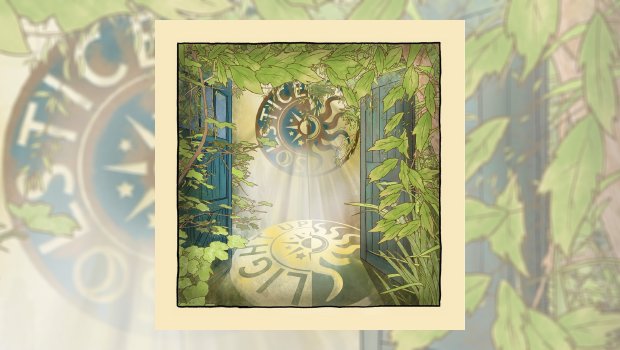 Back in late 2020, Solstice joyously re-emerged onto the music scene with their most uplifting album, Sia, just at the time the World needed a tonic from the ravages and lockdowns of Covid-19. When I reviewed that album, there were huge difficulties for bands to take their music beyond the shores of the UK due to Brexit; I’m not sure that much – if anything – has changed there, but some bands have thankfully found a way, including Solstice. So 2020 was a great year generally for music production from home studios, and the momentum seems to have continued apace.

I’ll be straight with you: I have been an avid follower of Solstice since their early days, even before their debut album Silent Dance was issued in 1984, and I’ve seen all their incarnations. We’re all a bit older now; for me, and for many, three times older at the last count. Silent Dance was an extraordinarily good debut, gaining the attention of Steven Wilson, but their subsequent work did not get as much attention as it deserved. That lack of enthusiasm is now a distant memory, and if you thought that Sia was Solstice finding its sweet spot, well, that sweet spot has just got a whole lot sweeter with the up-coming release of their follow-up, Light Up.

Two years in the making as the band cement themselves together into a cohesive whole, in particular allowing vocalist Jess Holland to thrive, this new album is pure joy which, in the words of Prog Magazine editor Jerry Ewing “evokes the spirit of the band I first saw in the ’80s, but with very much a here and now production sound and brings with it the wisdom of those ensuing years”. Jerry is bang on the money…

As if that wasn’t enough, the illustrious Greg Spawton of Big Big Train also gives the album a ringing endorsement, judging it to potentially be the band’s “best album yet”. Who is going to argue with that?

Six tracks, all a juicy length with one trademark epic, with funk, folk, prog, guest performers, solos galore, and a physical release package that fans will truly love. The artwork complements Sia, also created by Shaun Blake, and includes a heart-rending poem entitled Where the Heart Is from long-standing Solstice collaborator Oz Hardwick. That poem alone warrants purchase of the physical release.

So, on to the music. An album very much of two halves: Andy Glass has said that he had vinyl in mind during its composition with the intent of having ‘sunlit’ and ‘moonlit’ sides. Very Solstice, and a perfect curation of the album, as we have now come to expect from Andy. It opens with Light Up, a hugely uplifting start with Steve McDaniel’s signature keys and a guitar intro from Andy. It’s very funky and how could you possibly resist throwing some shapes?! The mid-section has some fine acoustic guitar, probably courtesy of Jess Holland, followed by a first-rate fiddle solo from Jenny Newman and a sweet-as-cherry-pie chant vocal from Jess. This truly is one of the most joyous songs of 2022. With Robin Phillips’ bass and Pete Hemsley’s drums really prominent, it’s sure to be a crowd pleaser.

The funky vibe continues with Wongle No.9; one could imagine this getting the attention of Snarky Puppy or Michael League fans, with Robin’s rhythmic bass line. It’s so good to hear his skills right up front, complemented by Jenny’s settling fiddle/viola section. Wow, there’s even some wah-wah and a keys and drums battle from Steve and Pete; I can’t wait to see the band’s concentration on each other during a live performance of this track. Andy provides a signature guitar solo, sounding almost improv, before returning to the melodic tightness of the whole band. West Coast funk, eat your heart out. “Did we say we’re here to stay” – crikey I hope so!

For the vinyl lovers out there, Mount Ephraim closes Side 1. It’s a homage to the A New Day Festival at Mount Ephraim Gardens in Faversham, and in particular its organiser and promoter Dave Rees. Gig goers will have seen this track demoed as Siren Song during the 2022 performances. “On the hill by the lake, See the shooting star, As she lights up another New Day, and though we’ve been here before, We come back every time, there’s a sign for us all to gather.” It has huge meaning for those who have seen the band at the Faversham Festival. It’s time for Jenny to take centre stage, providing a reassuring and underlining tune before the vocal section moves into focus. Jess’s vocals are a delight, of course they are, and Steven gets a lovely synth solo, weaving his usual magic throughout this high energy exhilarating song. Catch your breath and flip to Side 2…

The two songs Run and Home go very well together. Run takes the energy level down to create a delicate tune that is so reminiscent of their early work on Silent Dance. It’s a beautiful song for Jess, supported by classic Roland drum programming, before the full band sound builds to a crescendo and rounds off a slightly downbeat anthem; the Roland gives way to Pete’s drum and percussive skills, more smooth vocals and harmonies, with strings and a constant reassuring beat from the rhythm section. Many will cock a snoot at drum machines, but it’s a true delight. With Home, listeners will love the tight drum rhythm from Pete. There is an Irish lilt to the song with Jenny’s fiddle section before being supplemented with Andy’s signature guitar. Do you know what, they are a perfect couple in every way, and Jess’ chants at the end cement a glorious song.

And on to the finale, Bulbul Tarang, a 10-minute epic centring on a Punjabi banjo named a Bulbul Tarang, gifted by Pete to Andy. I’ll leave you to google it… This song will no doubt unite the Solstice fans in the same way as the band is totally united for its performance. It really is anthemic and a piece of genius composition as an album closer. In three parts, the first part draws one in to a smooth middle section, a trademark of the early days of Solstice, before Andy delights with a guitar solo that could compete with Guardian, almost Floydian in approach, only better. But the genius part comes towards the end… A chord change that is a shivering moment – it might even be the best chord change in history, which should get the attention of every musician and music lover alike; the vocals fill the room and the band truly is a cohesive whole. Pure gold, such that I think it would bring a tear to even Andy’s eye…

2021 and 2022 have been great years for Solstice on tour, with gigs and festivals in both the UK and abroad. They are getting huge traction now with a recent and very well received gig in Italy and the promise of some gigs in France and Holland next year. There are a couple of appearances left in 2022, notably an album launch festival in Milton Keynes on 6th November 2022. Light Up does not get a general release until 13th January 2023; what a start to the new year that will be, but if you get yourself to that Milton Keynes gig, you will be able to get an advance CD copy.

Solstice have pulled another bunny out of the bag. It’s chock full of the distinctive characteristics that we have become accustomed to with high energy, emotion, comfort, supreme craftmanship, joy and abandonment. Every musician gets the chance to shine, more so than on any of the previous albums. My recent discussions with Andy indicate that this album is potentially the second in a trilogy, so imagine my delight to know that the journey continues… 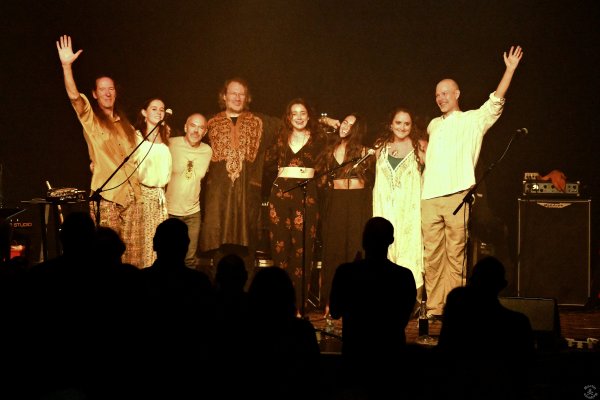 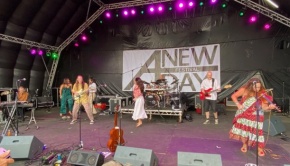