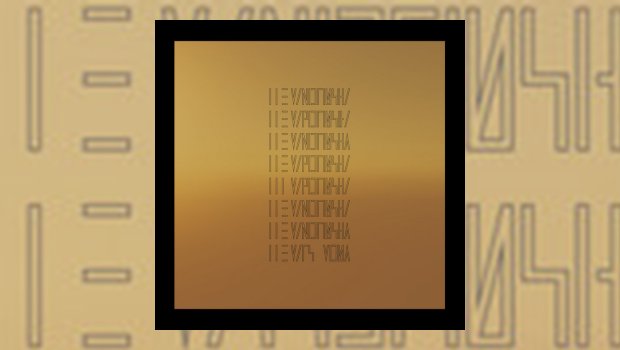 When this Latino alien-jazz-prog band burst onto the scene with their debut album De-Loused In The Comatorium back in 2003, synapses at the more receptive end of the alt-rock universe went “Ping!” and “KApow!!” and “ZZZZAAAPppp!” in a manner unseen since 21st Century Schizoid Man and ITCOTCK smashed hippy skulls into the floor centuries earlier. De-Loused was so densely packed it weighed the same as several suns, and took many listens to even begin to reveal its complexities. And it rocked like a mofo, which was the radioactive cherry on the pulsing reactor cake! That they followed it up with another lengthy treatise from the Mexican side of Saturn, the equally labyrinthine and wunnerful Frances The Mute meant it was no real surprise that from then on in, a law of slight diminishing returns set in, although right up to their last album, 2012’s Noctourniquet they still managed to pack enough habanero chillies into the envelope to keep all but the most restless avant-rocker hot under the collar.

Then came the split, with the two lynchpins of the band, singer and lyricist Cedric Bixler-Zavala and guitarist, composer, and arranger Omar Rodríguez-López falling out over a proposed tour to promote Noctourniquet. By then, the singer had become a member of the Scientology cult, allegedly to help him quit a crippling skunk habit. More on the cult shenanigans later.

B-Z had never shied away from the dark side in his lyrics, with De-Loused being based on a story he wrote with fellow founding band member Jeremy Ward, who tragically overdosed just prior to the album’s release. The song Palm Full of Crux on the new one is dedicated to him. De-Loused concerns the psychedelic trip of one Cerpin Text, who enters a long coma after overdosing on rat poison and morphine, the story also alluding to the death of B-Z’s Texan artist friend Julio Venegas. Those lyrics were howling impressionistic screams into the void, and the music a perfect fit, being a flagellating maelstrom of full-on searing introspective fusion work out, an impenetrable forest of black storm. And it rocked like a mofo.

After 2012, the inevitable reunion between the lifelong friends B-Z and R-L was not long in coming, and after a while they re-formed their first band At The Drive In for a one-off project and tour, and then back in 2019 they secretly reconvened as The Mars Volta, with early members bassist Eva Gardener and drummer/keyboard/synth player Marcel Rodríguez-López to work on Cedric and Omar’s new and radically different song ideas.

This time ’round, the band have ditched their previous insanejazzprog affectations, and come up with a funky alt-pop-rock album, but this is anything but lightweight. What I first noticed was that only two of these fourteen songs barely make it over the four-minute mark, giving the album a tight, concise feel. “Concise” is not a word you could ever have applied to this singular band’s previous wilful missives, oh no! Musically, the album could easily be a lost Prince album, with everything stripped back and packing a Latin-funky punch, on show from the first clicking castanets of opener Blacklight Shine. There’s pop gems on here, but also moments where Omar’s rock sensibilities shine through. Heavily Latin-percussive, and nowhere near as fixated on switchback mad time signatures as before, and, you can dance to it! No, I mean actually dance, rather than just in your head! If you don’t at least twitch a bit in your seat while listening to this rekkid, you might be a robot, or possibly dead.

The Prince-ness is to the fore on the R&B ballad Vigil, which is about as un-Mars Volta-like as you could imagine, but it fits in on the album just fine, and shows that Omar is a fine pop arranger. More sinuous TexMex rhythms permeate Que Dios Te Maldiga Mi Corazon as it sashays round your living space with a natural lithe grace. The second ballad is Cedric’s heartfelt paen to his departed friend Jeremy Ward, Palm Full of Crux. Even when the ante is rocked up, it retains the taut funkiness. No Case Gain sounds like a band playing to a plan. There are none of the freeform freakouts of yore on this album. Ten years gone, and The Mars Volta are older, wiser, and in a completely different place, as it should be.

The tightness of the music is a necessary counterpoint to Cedric’s lyrics, which are far more decipherable than we’ve ever heard before, and definitely way less cryptic. You see, Cedric has something to get off his chest. The backstory is laid out on Wikipedia: “Bixler-Zavala’s lyrics were directly influenced by his wife Chrissie Carnell Bixler’s legal battles with the actor Danny Masterson and the Church of Scientology, with Carnell Bixler and three other women accusing Masterson of rape and the Church of Scientology with ‘stalking, invasion of privacy and intentional infliction of emotional distress'”. Crikey! Given all that, it’s not surprising that a climate of insidious paranoia was engendered. The effect it had on the two main men was such that they felt the secret reunion was the only way to keep the project from the prying eyes of the cult, to the extent that rather than swapping files on the internet as the album evolved, Omar and Cedric sent each other CDs through the mail, to avoid feared interference and worse!

A good example is Shore Story, which although musically passive on the outside is steeped in edgy paranoia:

“If I were you, I wouldn’t answer the door
It’s 2 AM, I’m lookin’ down the street
But silence has eyes for her”
“I won’t let you choose when I die
Regressin’ on the dial
If I’m gonna lose my mind, just let me go
Let me have this mutiny.”

For the most part, this is Cedric’s album. It is a deeply personal affair, and one wonders how they follow it up, both musically, and lyrically. Unless of course, it’s a one-off return in the hinted manner of another high-profile band returning this year after a hiatus of similar length. Time will tell, on both counts. For the time being, accept The Mars Volta for what it is – a consummately skilful confessional pop album in the grand tradition.