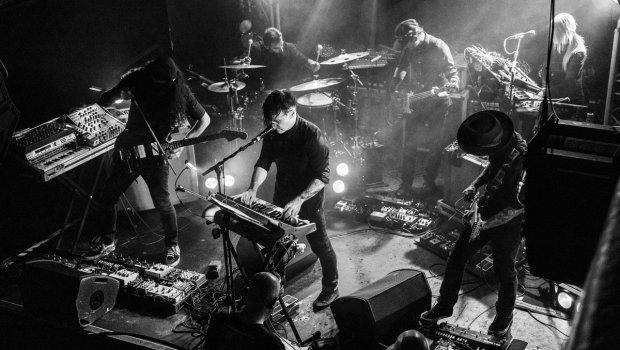 This review started life rather conventionally, but apart from almost boring myself into oblivion I concluded that it simply just would not do to convey the truly awe-inspiring and mind-blowing experience of Alex Henry Foster and the Long Shadows live. Before I go any further, let’s be really, REALLY clear on a very important point – when this band returns to these shores just make BLOODY sure you get a ticket and just go!

It won’t matter if you have never heard their music (although it helps!) – you will just be swept along with the moment, the spontaneity and the sheer presence of a remarkably honest and inspirational performer with a fantastic band. This is live music of extraordinary emotion which is genuinely spontaneous and intuitive. It’s truly remarkable and more people just need to see these guys in action. 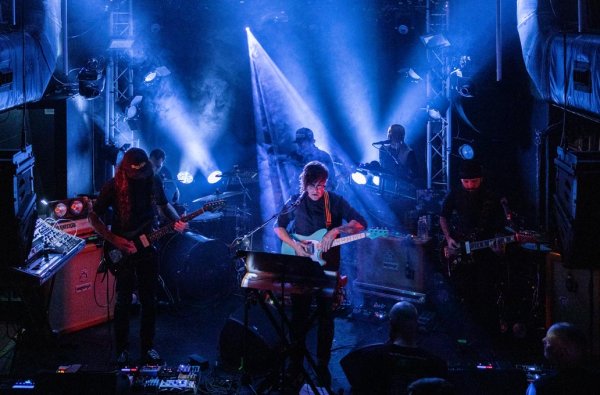 We were on a ship in a harbour… but frankly we could have been anywhere as the band took us all on a trip deep inside to shred our emotions, stimulate the neurons and stir the soul. Last November, Alex Henry Foster and The Long Shadows seared themselves into the eyeballs and brains of the unsuspecting crowds who had gathered to see The Pineapple Thief on their European Tour. They put on a truly remarkable psychedelic set and promised to return as headliners in 2022. This French-Canadian band of psychedelic troubadours rolled into Bristol again recently, to the peculiar Thekla venue – the aforementioned ship in the harbour. Time to plunge in. 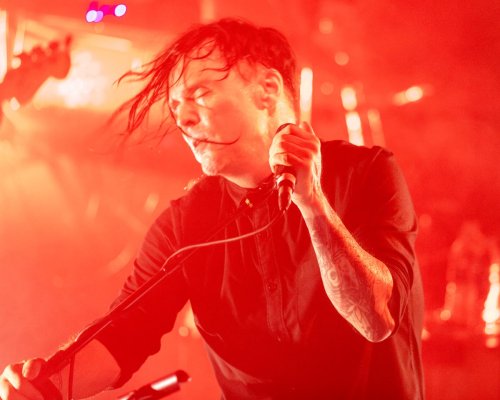 The gig was largely based on Alex Henry Foster’s remarkable debut solo album, 2018’s Windows in the Sky, which Alex has confirmed was about sharing the little things concerning the death of his father, trying to open up about how he felt and have communion with everyone attending his performances – he observed that we will ALL experience grief. What is immediately obvious is that Alex lays out his raw emotions in a sincere and heart-felt expression of grief and yet celebration about his complex relationship with his father – all out there in front of a room of strangers, trying to connect with them and touching on their own deepest emotions. This is no ‘by the numbers’ mechanical gig, it’s an organic, unpredictable and staggering live experience. This is a band seemingly almost telepathic in its performance, as they are clearly improvising around the framework of the songs, led like some sort of psychic conductor by Alex who with a subtle hand gesture or nod of the head – or probably just the power of thought – shapes and directs the band. 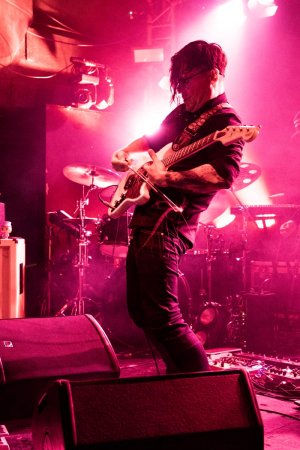 Alex Henry Foster, perched precariously on his speaker monitors, just about maintained his balance – physically and emotionally – as he and the Long Shadows plunged into stygian depths of despair and power, particularly during the extraordinary explosion of noise in The Pain That Bonds. He never intended for these songs to be played live but was persuaded to do so for the Montreal Jazz Festival, leading Alex to discover that the music cathartically grew way beyond the raw emotions of the album, morphing into a kind of celebration of life and relationships. 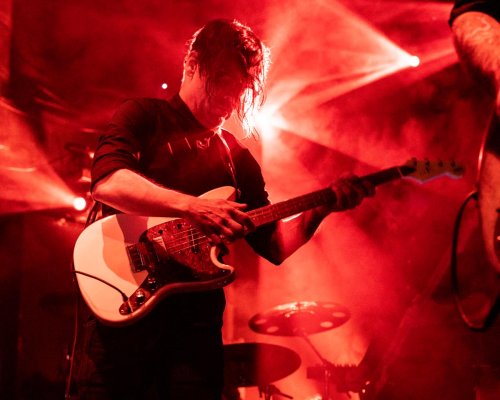 The highlight of the whole experience was the truly mesmeric Summertime Departures, which Alex revealed was about the regrets of the absence of a relationship with his father, with Alex repeatedly chanting forlornly “You should have known” and “I should have just kept trying…”, the piece just igniting as the band somehow hypnotically weave intricate patterns against a wall of sound. Heartbreak never sounded so desperate and yet so peculiarly sweet. As if that shattering experience was not enough, in swaggered the epic sweep of The Hunter with a bass from the deepest depths and a relentless, hypnotic tsunami of barely controlled power. The Hunter blew us away at the Bristol 02 in November and on the Thekla we were once again sunk beneath its weighty but strangely beguiling progression… trying to describe it in prose is bloody hopeless to be honest – you just have to hear and see it to get it. Foster’s band are multi-talented performers playing a variety of instruments, especially the outstanding Miss Isabelle who contributes keyboards, clarinet, trumpet and flute. Similarly, guitarist Ben Lemelin seems just as adept on drums, and underneath it all is the fantastic rock solid rhythm section of Charles “Moose” Allicie om drums and Jeff Beaulieu on bass… but at the centre is the magnetic and fascinating presence of Alex Henry Foster himself, engaging so well with the audience with sincere emotion, positivity and subtle humour. 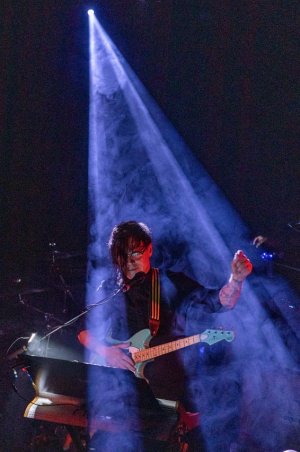 This exceptional evening ended with Shadows of Our Evening Tides, which Alex reveals is about his final moments and final conversation with his father… and my thoughts inevitably turned to memories of my last night alone with my father before he died in the morning. As Alex said, this gig is about a sense of communion, and as he shares his deepest emotions and memories, some in his audience will have been taken back to similar moments with loved ones – those intensely sad but privileged moments at the end a precious life. Only music can really do that – transport us from the hold of a ship in a harbour back to those intensely personal spaces, and I thank Alex and his band for touching my soul in that way. I did say this review would be rather unconventional; it was just that sort of gig.

I will say it again – next time they are in the UK, just make sure you get to see them! A full mind-boggling set will probably melt your brains and break your hearts… and yet you will leave the gig strangely uplifted. You can thank me later.

[With photos by Stéphanie Bujold, used with kind permission.]

SETLIST
01. Ouverture
02. Slow Pace of the Winds
03. The Pain That Bonds
04. Summertime Departures
05. The Hunter (By the Seaside Window)
06. Shadows of Our Evening Tides 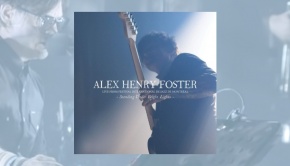