It is one of the first ‘big’ shows in the Zoetermeer rock temple after the lockdown(s). The caption of the IQ40 tour was ’40 years of prog nonsense’. I could not have imagined a better way to describe the musical career of this English band. An extremely long queue gathers in front of De Boerderij, the reason is not entirely clear. There is a lot of hassle with (in)valid tickets and the start of the show is unavoidably delayed. None of this affects the mood of those present, the venue is as good as sold out. Everyone is really looking forward to this performance – or just having a good time. 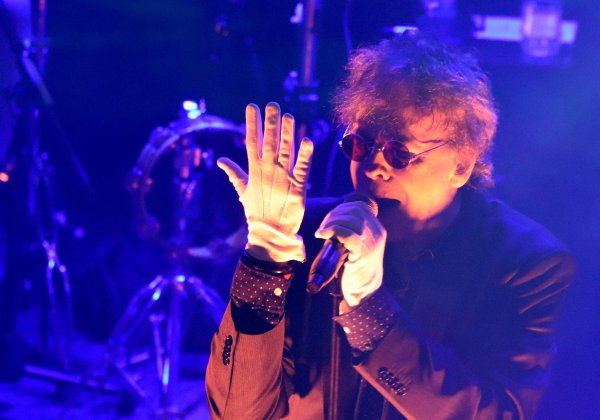 As previously mentioned, the show was a first for the ‘return to normal’ for both artists and audience. I must admit I struggled a bit myself: the inner conflict about the joy of attending a show and that ‘uncanny’ feeling, so relatively shortly after strict lockdowns and record high contamination rates. Nicholls worded it well, the IQ singer calling it ‘a weird experience’. And he was absolutely right. Again like fish in a barrel, as if there had never been a pandemic. Perhaps the gig could prove to be cathartic. The proof of the pudding will be my next self-test…

After a short Christmas intro, opener The Darkest Hour sets the tone for the evening, followed by Stay Down and Frequency, which once had its premiere at De Boerderij. A heartfelt support for all victims of violence and war, that is what Shallow Bay stands for this evening. The stage turns blue and yellow – Ukraine is closer than you think. 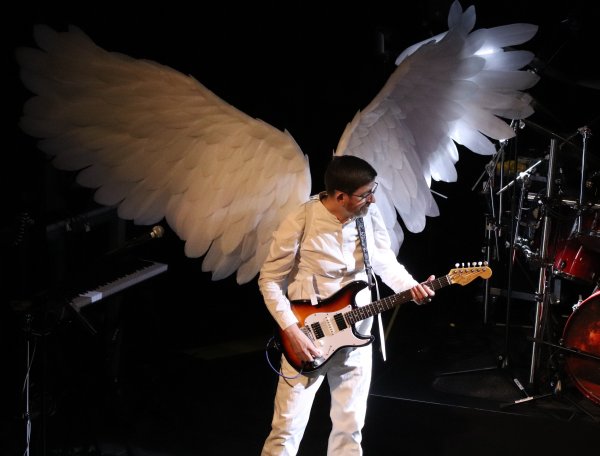 High Waters is followed by The Narrow Margin, in which guitarist Mike Holmes gets the chance to practice his keyboard playing. His playing on six strings goes without saying, although it must be said that he is not always audible in the mix. The rock-hard A Missile gets an exceptional sequel: at the special request of an unknown person, the somewhat obscure but extremely atmospheric Speak My Name from Subterranea is played.

Guiding Light is dedicated to Twelfth Night frontman Geoff Mann, who died much too soon. For Another Lifetime gets a ghostly keyboard treatment from Mike Holmes, followed by ditto guitar sounds from the bearded musician. The Road of Bones is even more ominous in terms of atmosphere, a highlight during the show. Tim Esau’s fretless bass is the undisputed eye-catcher in Further Away from Never. 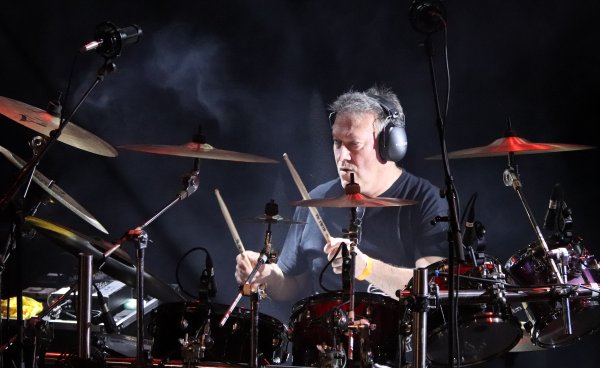 As an encore, the musicians play inspired versions of No Love Lost and especially Headlong, after which the middle section of The Last Human Gateway from 1983’s debut album Tales from the Lush Attic is the unexpected but loudly acclaimed finale.

These shows mark IQ’s 40th anniversary (41 actually, but that’s nit-picking). The band has built up a loyal fan base over the years. But Reed from Seattle made the most of it: he’d made the long trip from the western US town just for this particular gig of his favourite band. Vocalist Peter Nicholls put him in the spotlight for that, and rightly so. 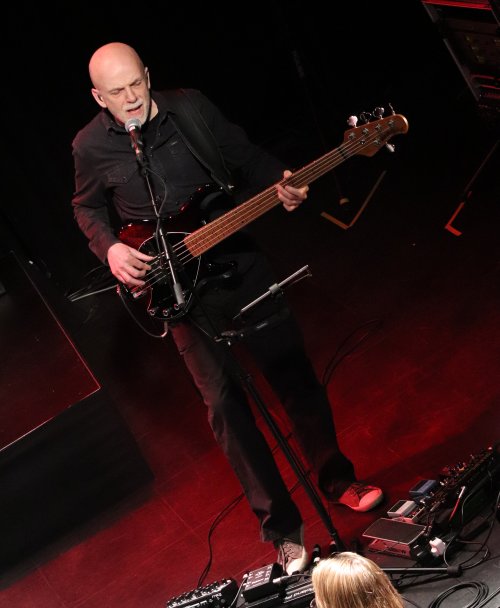 The choice of the set list is always difficult, not surprising when you can draw from four decades of material. So it became an eclectic collection of songs from both the first and the last album and everything in between, played convincingly and with great dedication by IQ, despite the messy sound. Peter Nicholls struggled to hold his own vocally, especially towards the end of the performance. I’ve seen better shows from the band, in December they’ll get another chance.

What is it with IQ and the sound at De Boerderij? I have attended many IQ gigs in Zoetermeer and the sound was rarely in order. It’s one big mishmash of noise; drums and bass are way too loud, guitars and keyboards are barely audible at times. It just doesn’t sound right. Towards the last part of the show the overall sound improves somewhat, but that may also be due to the fact that my ears have become accustomed to the mediocre sound – too bad. On the other hand, lighting and visual aspects, the laser show and the three projection screens, are perfectly matched. 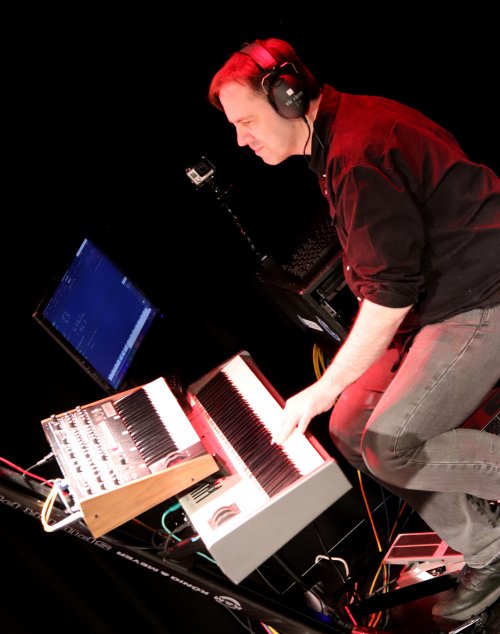 This particular show was actually scheduled for late 2020, the traditional so called ‘Xmas Bash’. But, as Nicholls jokingly noted, there was talk of this small virus. So now the Christmas show becomes an Easter show, hence the name ‘Eastmas Bash’. That did not stop the musicians (note: Mike Holmes) from trying to give the term ‘winged’ a new meaning. Every time you wonder how he is going to top this; he single-handedly took up half the stage with his gigantic white feathers. Perhaps partly due to the strange timing, just before Easter, the true party atmosphere of yesteryear was not prominently present, it didn’t seem to affect the audience.

After about two-and-a-half hours of pure playing time, the hall lights were switched on and a visibly happy band thank their enthusiastic supporters. Oh well, as previously mentioned, there will be another one, later this year, a genuine Xmas Bash…

[Photos by Ron Kraaijkamp, used with many thanks.]