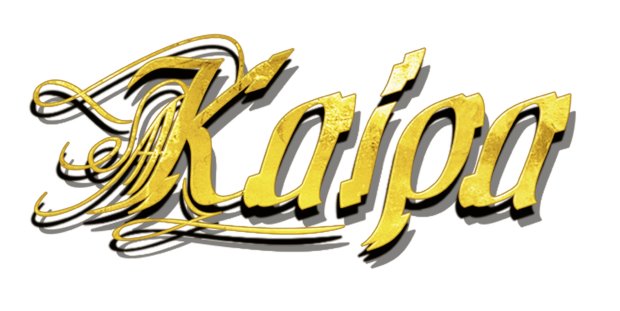 Urskog, Kaipa’s fourteenth studio album, follows a journey through the changing seasons of the Swedish landscape, taking us from winter cold into spring with The Frozen Dead of the Night, through the heady days of summer to the leaves falling once again with The Bitter Setting Sun of autumn. You can feel the joy of rebirth after another harsh Scandinavian winter and the pleasure at being able to once more explore the wonders of the natural landscape.

Composed during 2018 by driving force keyboardist Hans Lundin, the six pieces are influenced by the sights encountered during solitary bicycle treks through the countryside: “I was working on the 6-CD box Hans Lundin: The Solo Years 1982-1989, and revisiting my old solo albums informed my songwriting process for Urskog. Listening to these old compositions influenced my new compositions in a general way; there were also a few instances where I took a nice chord structure or a melodic fragment of an old song and turned it into something entirely new.”

Suffice to say, they must have been some seriously awesome bike rides!

With the band line-up having been stable since 2006, this album sees a change with British drummer Darby Todd replacing Morgan Ågren – big shoes to fill, but guitarist Per Nilsson saw it as an opportunity to bring some new sounds into Kaipa: “I only had one person in mind, someone whose creativity and chops rival those of Morgan’s but with more of a hard-hitting rock edge”. Having recently played with former Jethro Tull guitarist Martin Barre, Darby’s resumé is filled with such names as Devin Townsend, Gary Moore, Joe Lynn Turner, Robert Plant, Robben Ford and Paul Gilbert. He proves to be a more than able foil for bassist Jonas Reingold, the duo laying down some mesmerising grooves.

Kaipa’s instrumental quartet remain sublime, working with and off each other to create that familiar and unique ‘Kaipaness’, within which the vocal pairing of Patrik Lundström and Aleena Gibson once more deliver the words with wide-eyed enthusiasm. The vocals are perhaps more sparing than on previous albums, allowing the instrumental fireworks to shine, but both singers are at the top of their game, belting out the words with panache.

“Winter’s been so long
Like an endless frozen song
With a conductor carved in ice
And every note is like a sacrifice
To the dead of the night.”

Urskog opens elegiacally with it’s longest track, The Frozen Dead of the Night, Lundin’s keyboards combining with Lundström’s voice for a subtle start that builds into an overture for this extended piece. The instrumental section at 5-minutes is superbly realised and the whole piece is filled with that love of the awesome beauty of the natural world that Kaipa albums have come to convey. The various sections slide together beautifully, Reingold and Todd coming to the fore in a jazzy part after 8-minutes, Lundin’s keys dancing in the glow.

The exquisite trading of lead sections between Lundin and Nilsson is jaw-dropping, holding the attention in an often brain-melting display of pyrotechnics that successfully carry the dynamism of the intoxicating melodies. Nilsson’s solo at 11-minutes is blistering; Lundin follows with a more playful tone, while the rhythm section is never short of fascinating. Choral vocals swell at intervals, the icing on this extravagantly delicious cake. And there’s still another five minutes of always extraordinary music to come in an ever-shifting feast. When you fully bed yourself into this music it is just thrilling, and the 19-minutes just fly by.

After that majestic start, towering forests are vividly brought to life In a World of Pines, Aleena’s soaring voice leading the way with delicate backing as we wander among the mighty trees. The sound becomes more expansive and intensely heartfelt before launching on Nilsson’s sinuous lead into a more upbeat passage half-way through. The enthusiasm from all is infectious – there are delightful sections of stunning ensemble work and one of Aleena’s best vocals for Kaipa, which is certainly saying somethging.

“I think I need to go there
Walk a lonely trail
Under the branches just a pale light
Permeating through a magic vault of crowns.”

I’m not going to go through every track – they’re all fantastic and if you like the first two, you’ll love the rest, not that they stick to any particular formula. However, I will highlight a few choice moments: the pounding baroque opening to Urskog, the album’s only Swedish language track, Patrik’s powerful delivery helping to evoke folkloric images of the titular Virgin Forest.

“The autumn leaves are falling
And soon they fill the ground
A carpet filled with beauty
That the summer’s left behind.”

The edgy jazz intro to the instrumental A Wilderness Excursion moves into a more metallic section with Lundin’s raucous Hammond at full-tilt and some definite Allan Holdsworth influence from Nilsson; the gorgeous folk influences on In the Wastelands of My Mind shine through with the dancing violin of regular guest Elin Rubinsztein and the acoustic backing to Patrik’s lovely vocal; the slinky sway of the instrumental section with added saxophone from Olof Åslund during The Bitter Setting Sun, and the way Patrik successfully manages to embed himself within the ever-shifting musical palette.

It’s a delightful experience from start to finish, filled with upbeat positivity – you can’t help but pick up on the vibe.

“We walk a path so narrow
Fragile light
And faintly sense the notes in the whispering of the wind.”

A word about Per Nilsson: his technique (honed in the environs of extreme metal) is simply staggering, but the way he keeps his audacious soloing on point and in service of the music is just wonderful. The dexterity and taste of all the players gives the band the firepower to get the most out of Lundin’s source material, and wherever you look on this album, the musicianship is superb. The dynamics of this band are, in my view, beyond comparison with just about anyone. Millions of notes appear from nowhere and diffuse to the lightest of touches on deft turns of phrase, all of which only add to the wonder of the whole. Kaipa have successfully ticked so many boxes for me on their recent albums, and this one is no exception – in fact I’d go so far as to say it’s their best yet. Seriously good players revelling in the freedom to create long-form pieces that display their full capabilities, whilst being rooted in melody and purpose.

Kaipa again sound like no one but themselves, and for me they instil all that can be good about progressive rock. If you know the band, getting Urskog is a no-brainer. If you don’t, this is an excellent place to start. And if this isn’t at the top of my list of albums for 2022, I’ll be astonished. 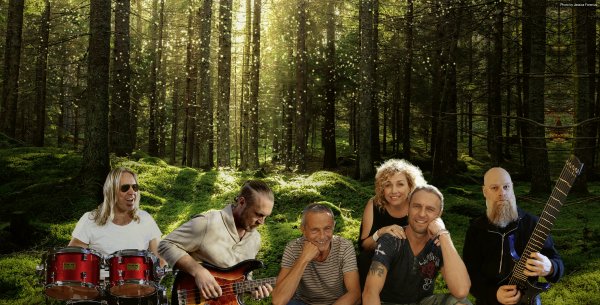