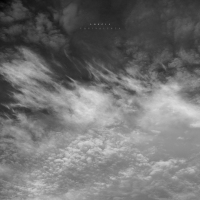 This is the 12th album from Canadian composer Scott Morgan as “Loscil”, another name new to me with a weighty back catalogue. This gives rise to a familiar complaint, namely that there are never enough hours in the day to follow all the interesting musical paths out there, which is as wonderful as it is frustrating!

The album takes its title from a “series of early 20th century photographs by Alfred Stieglitz” – who I have heard of! – “abstracting clouds into miasmic, painterly canvases of smoke and shadowplay”, as the PR blurb informs us.

Grandiose elongated chords and hymnal sonic sweeps take us away into a world of ever-shifting imagery and stately grandeur. Adjectives like “immersive” and “atmospheric” abound, as the curiously analogue sounding impressionistic musical brush strokes, apparently created by heavily layered and treated piano samples, create brooding monochrome vistas in front of our imaginations. Definitely an album to put on after a hard day at your personal coalface. 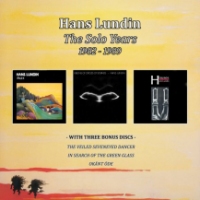 Hans Lundin is best known for his work with Swedish band Kaipa, who after a string of albums in the ’70s went into hiatus. During this time, during the ’80s, Hans released three solo albums. These are presented here in a six-disc limited edition box set, in a run of 1,000.

The three remaining CDs in the set contain unreleased solo work, demos, along with some Kaipa stuff. The solo albums are very much of their time, with a definite ’80s feel, which I consider have not aged well. This may be due to Hans’ extensive use of synths, which were popular at the time, and sadly cast out are the vintage keyboard sounds of his excellent Kaipa work.

The song writing on the albums is good, just for me hampered by the wash of ’80s synths. There are some interesting and melodic moments throughout, and while not really essential, the inclusion of a good selection of demo and unreleased tracks makes for a nice package, maybe for collectors and completists. With its limited run, I guess the record company might have pre-empted that very fact. 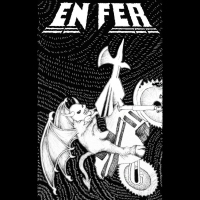 I am known ’round these parts as someone who “hates prog” (I don’t!), and as a bloke with odd taste and an inkling for a feral racket (agreed on both points). I like my music to push the envelope a bit, or at least to look at it a bit funny.

For all that, I am really struggling with this thing before me. A quintet drawn from the Montreal underground scene, with, according to the blurb on Bandcamp, “decades” of experience, En Fer make a largely unfathomable racket described as “raw metal”. I have been reliably informed that there are “vocals” on this album, but I can’t comment, as I couldn’t separate them from the all-pervading shitstorm of noise. However, there are definitely howling free-form cacophonous guitars put through all manner of effects pedals, and then dragged screaming through amps turned up to 11. This results in a fearsome aural assault that makes Swans sound like Glenn Miller. Alternatively, this is the sound of two Tardigrades grinding away in an S&M session that ends with the certain death of both parties.

I feel sorry for the drummer, who spends the album vainly trying to tether his bandmates down, but who mostly fails to impose any order for more than a few seconds at a time. This makes for a buzzing swarm of irritating wasp noise that at best sounds like a bunch of kids with no musical experience set loose in a guitar shop, and at worst a highly indulgent exercise in wilful iconoclasm.

I find the occasional deconstruction of some plainly godawful attempts at music making that pre-cheap recording software days would have thankfully remained trapped in its creators’ festering imaginations quite cathartic. No apologies.

For deaf fans of MBV and Swans. 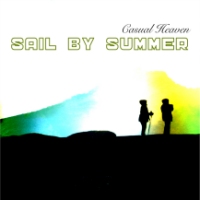 Here we have the long-awaited debut album from Sail By Summer, fronted by Norwegian Grammy winner William Hut, with his characteristic voice, and his long-time Danish collaborator Jens Kristian on keyboards. They are based in Bergan, Norway and have been influenced by the local landscape of fjords, mountains and forests. These environments have given rise to an album of beautifully crafted and sometimes melancholic songs. To my ears, they have offered a fresh approach with some pop stylings, similar I feel to Mew’s style of presenting music. This likeness is most obvious in some of the vocals. This comparison is not a bad thing in any way, and they have used those influences to help create their sound.

The music at times has a lush ambient feel, using the keyboards to create the textures and flow of the songs. Although I have previously said there is a melancholic feel, there are moments of positivity here also. Overall, a pleasant and interesting album, which clocks in at an easy thirty-three minutes running time. 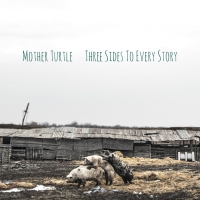 This album came in a few weeks back, and either there was no PR blurb with it, or I’ve lost it in my hard drive. The only info I can glean is that they are a trio that hails from Thessaloniki, and they describe themselves as adapting “the different elements of prog rock into their own music, taking advantage of the artistic freedom that prog rock provides”. Which sounds about right.

Three Sides to Every Story paints a non-garish collision of psychedelia, jazz fusion, and heavy prog over a triptych of tracks that grab you by the lapels and give you a good shaking over the course of some thirty-eight and a half minutes. Which is of course an ideal length for an album.

Some great guitar work is the often in the spotlight, and the occasional vocals when they appear add another layer of satisfaction. Intense and great fun! 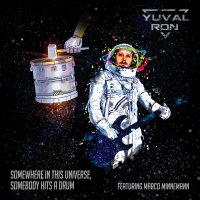 Wherein accomplished Israeli composer and multi-instrumentalist Yuval Ron, here concentrating on his not inconsiderable guitar chops, leads an international quartet of highly experienced players through his new album. The quartet includes Marco Minnemann on skin bashing duties, and we are taken on a journey through an epic and mostly instrumental prog album that has elements of everyone from Zappa, Magma, Genesis, Alan Parsons, Holst, you name it, you could probably find it if you looked hard enough.

The resulting “tumble-dryer of influences on fast spin cycle” is actually not bad at all, where it could have struggled to be more than kitsch. Easily maintaining its cinematic scope throughout its sci-fi themed track listing, this the kind of thing to put on with the lights down low, and if you have a mirror ball, turn it on!