We’re in the 2020s now, a half century since progressive rock’s so-called ‘classic era’, which is at least another twenty years since the musicians that occupied it were born. We live in an odd time where many of these bands are still able-bodied enough to make 50th anniversary tours and yet simultaneously those same musicians are dying ever more frequently.

While each death is a sombre occasion, it always hits differently when you relate to the musician, and since I’m a drummer myself, the passing of Alan White did come as a shock, much as Neil Peart’s similar passing did two years ago. Before either of them died, I had actually purchased a ticket to see Yes live at the Royal Albert Hall in 2020. They were going to play Relayer in its entirety, an album that showcases White’s finest performances, especially on Sound Chaser. Such a rare treat could not be passed up.

Nevertheless, the pandemic hit, and the concert was moved to 2021. Quite fortuitously the new dates lined up with my schedule once again, but unfortunately the pandemic was still raging and the concert was once again moved to 2022. Seizing an opportunity to capitalise on their best-loved album, the band decided to play Close to the Edge instead of Relayer as this year is the 50th anniversary of the ground-breaking album that featured Bill Bruford on drums. To this day, Close to the Edge is the #1 top-rated prog album of all time on Progarchives, a prestigious title indeed. Relayer, on the other hand, comes in at #19.

It seems as if the decision to play Close to the Edge over Relayer was a business move, with the album being more well-loved than Relayer, using the arbitrary 50th anniversary as a selling point, and perhaps knowing that it would be easier for the geriatric band to tackle the more laid-back And You and I and straightforward Siberian Khatru than the furiously complex jazz-fusion instrumentals from The Gates of Delirium and Sound Chaser. These might have been very sensible band decisions, but I can’t help feeling that Alan White was robbed of a chance to have his time in the limelight one last time.

Bruford has said his decision to leave Yes was “the bête noir of [his] career”, something that many remember him for, and occasionally criticise. Having made a mere five albums with the group, he had already solidified their place in rock history with his precise, complex drumming that always packed a punch.

Listen to the intro of Heart of the Sunrise… heck, listen to all of it! The snap that Bruford achieves on the snare is rarely achieved by any other. Here was a man who clearly knew how to tune his drumkit to achieve the sound he wanted. The ‘bass solo’ – as I call it – of the intro (0:30 – 2:05) has a drumbeat that sounds simultaneously as though it was freely improvised and also methodically planned by Bruford. To this day I don’t know which it was. With all of its fills, its starts and stops, it is so memorable that I always strive to play the exact pattern when I play along at home.

“Basil, this is an article about Alan White, why are you blathering on about Bruford?” I hear you ask. I’m getting there. It’s just that, to appreciate what White brought to Yes, you have to first appreciate how different he was from his predecessor. It’s safe to say that when White joined Yes for their 1972 tour in support of Close to the Edge, less than two weeks after Bruford had left, he had very big shoes to fill.

A session drummer, Alan White had a varied rock history, most notably with two Beatles, John Lennon and George Harrison, playing on Imagine and Harrison’s extraordinary triple album All Things Must Pass. While this was certainly an impressive CV, did he really have the chops to fill in for a band renowned for such complex music?

The answer is on Yessongs, as most of the tracks feature Alan White on drums. I imagine many Yes fans in 1973 were astonished to hear how different the live versions of their favourite tracks sounded on this, Yes’s first live album. While White certainly had the stamina to keep up with the band, he neither displayed the precision nor the panache that Bruford did; on Heart of the Sunrise, for example, he keeps a pretty straight and uninteresting beat during the ‘bass solo’. Elsewhere, on the live version of Close to the Edge his drumming style seems far more chaotic than the very orderly rhythms of Bruford.

While these comparisons must have plagued White at the time, he nevertheless stuck it out with Yes, and, along with Squire, played in every incarnation of the band for the next 50 years until his passing. His first chance to differentiate himself from Bruford came with Tales from Topographic Oceans, Yes’s controversial double album whose merits are still debated to this day. Rather than attempt to imitate Bruford’s style, White brought his own personality to the songs, as he had on Yessongs. Gone were the crisp and punchy fills, replaced with lustrous rolls, bold rhythms and a booming production that gave a somewhat indefinite quality to White’s performance, quite the opposite of Bruford. Indeed, on Ritual there’s even evidence at 12:48 that he double-tracked the drums, making it even less clear what he’s playing exactly.

This, surprisingly, gave me a lot more confidence as a drummer to try out these songs, because playing in such an imprecise style showed that it wasn’t so important to get the drum parts exactly right; just play confidently with the beat and have fun with it, bring your own personality. Playing along to a Bruford-era song is more like taking an exam or playing a very complicated video game where you have to memorise a lot of precise parts or learn unusual techniques. Both styles have their own virtues. 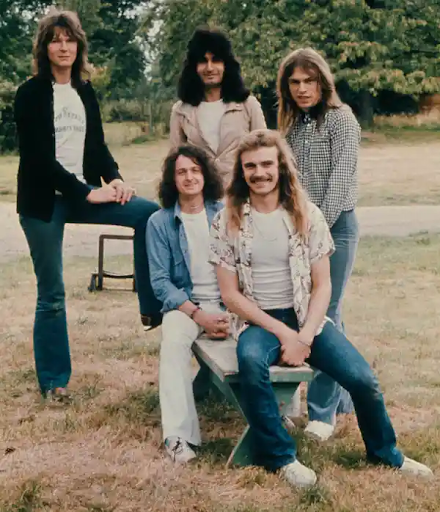 White’s “imprecise” style, as I fondly call it, would continue on Relayer and Going for the One. Relayer in particular proved that White had the ‘complex’ chops to match Bruford with a dizzying display on the toms in the first half of Sound Chaser, but as the decade progressed along with music trends, Alan’s style started to tighten up. Just listen to Release, Release from Tormato for the evidence.

His most ‘precise’ work can be found on Drama, the 1980 album that saw Yes absorb the Buggles for a surprisingly superb pop-tinged work of prog. Listen to those toms in the intro to Does It Really Happen?. Does that sound like the Alan White of the early 1970s? Better yet, try the tight rhythms of Tempus Fugit, a song I still struggle to play today. One of my favourite underrated moments is the double tom fill followed by early crash heard at 2:05.

White would rejoin Yes after their hiatus to perform on the overwhelmingly popular 90125, featuring hits such as Owner of a Lonely Heart and Leave It. While both of these songs do little to inspire the avid drummer (I occasionally use the former when teaching new students as the beat is so straightforward), evidence of White’s panache can be heard in the time-changing intro to Changes, on the Grammy-winning Cinema and on the anthemic album closer Hearts. This album proved that Alan White really had it all.

While Close to the Edge is the album that remains long in prog fans hearts, and was indeed the album that introduced me to 1970s prog rock (after I had binge-listened to nothing but Dream Theater for about a year), there’s something about Relayer that is so much more special. It’s a jazz-tinged powerhouse that features Patrick Moraz on keyboards, giving the band a thoroughly different flavour, almost like a completely different Yes. Moreover, the songs from that album have rarely been performed since the initial tour to support it. The songs on Close to the Edge, meanwhile, are live staples; is it really that special to play them all over again? Quite coincidentally, it seems that fellow TPA reviewer Alex Driessen agrees with me, as noted in his article from March.

Moreover, Relayer is the album that Alan White gave his best-ever performance on, a man that stuck with this messy band for half a century after his predecessor gave it only four years. Alan White had one of the toughest jobs in prog history: to replace an iconic drummer in one of the greatest bands of all time after they had released what is arguably the best prog album in existence. His resolve to do so whilst bringing his own flavour to the music is admirable and his work with the band since has been legendary. He has inspired this drummer in more ways than I even know. May he rest in peace. 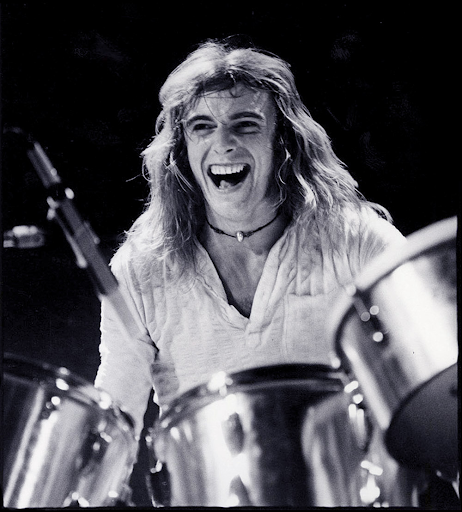