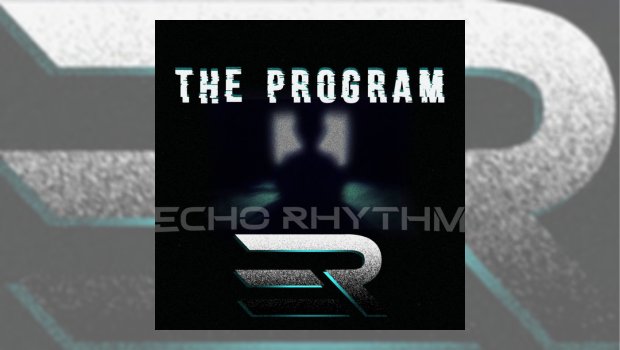 I am not a fan of pigeonholing a band by genre, not least because there is often very little definition, distinction or border between them. Genre labels can give the appearance that it is as clear-cut as black and white, but more often genres can be thought of as being on a spectrum, or perhaps not even just one spectrum, but a series that overlap and intersect. Lately I seem to have been enjoying a whole heap of music that seems to exist in a liminal space between post-rock and prog-metal. Indeed, I’ve seen the bands I’ve been listening to described as one or other of those labels in reviews, depending on the anticipated audience, or bias of the reviewer. And at least one of those bands I have seen in an interview explicitly state that they don’t feel they belong to either of these two genres that are ascribed to them. I don’t have any worries about saying that Echo Rhythm exist in this space between post-rock and prog-metal, because they use both these genres as Bandcamp tags, under their debut release, The Program.

Josh (bass) and Greg (everything else) first worked together in Eternal Essenes, and to a certain extent Echo Rhythm is born from the ashes of that (prog-metal) band. Opening track 100 Years manages to remind me of both Tool and Nordic Giants – 10,000 Days Amplified by Human Vibration. Now the problem I have here is that 100 Years is the lengthiest track on the album, and it just doesn’t work (for me) as an opening number. I do very much like it, but it simply seems to come too soon, where my ears hear a more natural fit for it later on. In fact, the second track, Under a Red Sky, would probably have been a much better choice (in my opinion, obviously) to open The Program with. Josh has a really nifty and nasty bass riff lead us in, with some melodic chords crashing in. There is more Tool here, but also hints of Dream Theater, but we are still as much in post-rock territory as we are prog-metal.

The album continues in this vein, mixing elements from two ostensibly different genres, to make a delicious result that might be too metal for many post-rock listeners, and too post for many prog-metal listeners. But someone like me simply laps it up. After the heavier sounds of Under a Red Sky, Across the Constellations quietens and slows things down a little. And this could almost be a Nordic Giants number – not that it sounds exactly like them, but in its form, texture and tempo. It’s a luxurious and languid number that ebbs and flows delightfully, and I bet would be a blast to see live. Things take another turn again, as Corrupted Earth begins with some watery sounds and gentle plucking, building until drums and guitar pump up the piece and pronounce it as one of the heavier numbers. Again, hints of Tool and Dream Theater – two prog-metal behemoths who make music in entirely different fashions and sound nothing alike. And that is the magic of Echo Rhythm, as they really are pulling together some quite disparate sounds and styles, but in such a seamless way that everything flows fluidly along in a post rock fashion of crescendos and climaxes.

I think I would probably have dropped 100 Years into the mix here, by the way, as I think it makes a nice bridge between Corrupted Earth and Warrior Mountain, and its length works better here, too. But then, suddenly, we’re at the end – and what an end! This Side of Darkness is such a great and momentous closing number, and one of my favourites on the album. However, it does need to be listened to in context of the album, I think, as it is such a preposterously overblown and bombastic number that throws everything AND the kitchen sink into proceedings. It works so well, because of all that has come before it, and I think if heard outside the album it might well simply be a WTF? moment. There is no way I could listen to a whole album of tracks like this one, but it is a bloody brilliant finale to The Program.

One thing that needs to be said, I think, is that though Josh is bass, and Greg everything else, this in no way diminishes the role or importance Josh has in Echo Rhythm. Time after time it is his bass that I’m drawn too, and he has a magical tone that evokes comparisons (to my ears) to Justin Chancellor, Mariusz Duda and Roger Waters. (Yes, there I go again making comparisons to some very different sounds and styles, but that pretty much sums up how Echo Rhythm come across.) Greg’s keyboard playing is the other really important jigsaw piece, and if the music was stripped bare to just keys and bass, you’d still have a really interesting and enjoyable album, I think. That’s not to say that the guitar is redundant, as it provides some really neat embellishments. The drumming never particularly grabs me, but it obviously serves the music. Overall, Echo Rhythm is potentially the least interesting of the bands I alluded to in my opening paragraph, but The Program is very enjoyable, and is only their first release, after all. I will definitely be listening out for what comes next.