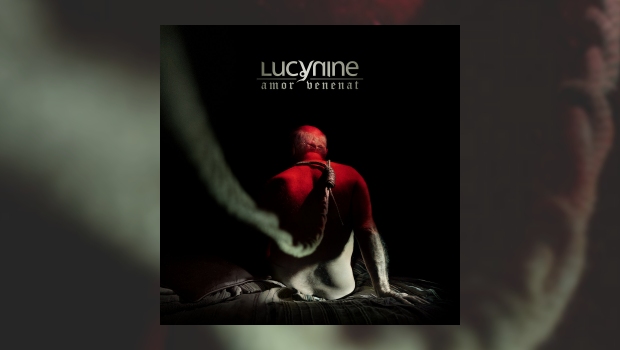 Sergio Bertani, in his guise of Lucynine, has created what will easily be among my favourite albums of this year. Amor Venenat came from nowhere, for me. I’d never heard of Lucynine before, though this is not the first release under that name. I’ve been listening to it probably more than any other album recently, and struggling to write a review throughout that time. It’s an amazing album, but so unique and eclectic that it’s hard to put into words just how good it is. As clichéd as it sounds, this really is an album you need to hear, to truly understand.

The album starts with the speech of one of several famous Italian voice actors that Bertani has used incredibly effectively throughout the album, before a punishing pummelling from the most extreme music and vocals of the album. The sheer brutality of the wall of sound presented by Family almost put me off, as it’s well out of my comfort zone, but I’m glad I persisted. My recommendation, if you’re not one for extreme metal is to ignore this first track, and begin with the second, Nine Eleven. If you manage to get through the rest of the album, you’ll be able to return to Family and appreciate it more. Possibly. It’s probably still my least favourite track on the album, but I do like it now, and it is a tremendously powerful opening number!

Nine Eleven is reminiscent of the more melodic industrial style of Nine Inch Nails, and maybe a little Portishead, too. Yes, that’s right, after the blast beats and harsh vocals of extreme metal, there are hints of trip hop, and they only become more overt the further through the album one gets. There are moments that really wouldn’t feel out of place on a Portishead or Massive Attack album. And after a quick Beatles riff, Nine Eleven shows it can heap on the brutality, too. Vetyver 717 is six splendid minutes of music, hopping effortlessly between trip hop and sludgy doom, and augmented by another great guest spot from an Italian voice actor. A squall of dissonant guitars raises the intensity beautifully. This is a perfect example of Lucynine’s ability to show a range of emotions through music alone. This track needs no vocals, and is one of the highlights of the album.

Charlie’s Got Blue Eyes changes things up once again. It’s an upbeat punky number that provided a real surprise on the first listening of the album. Just as surprising was the nu-metal breakdown towards the end. And yet, it all works, and all fits together. No matter how different the styles or moods of the various songs (or even passages within songs) are, they still flow quite naturally. They might be surprising, jarring even, when first heard – but it’s only because they are unexpected. Subsequent listens really show how well everything works together – no matter how disparate and contrasting they might have seemed on first listen.

For the most part, Things I’ll Never Know is a gentle song that has a music-box, or even lullaby quality to it. I really love this song, which again never sticks to just one mood or style. Apostasia is another favourite of mine, which reminds me a huge deal of Phil Lively’s album, The Fall. As the likelihood is that Bertani has never heard of Lively, I think this really only shows that the two have shared influences. White Roses on the other hand, is beautifully bluesy with a vocal performance caught between Marilyn Manson and Peter Hammill.

It’s back for another instrumental, with Anthony Hopkins, and there’s so much to this one, culminating with a fabulous performance from another Italian voice actor. The following Roma Blue offers some more extreme sounds, but this time more death metal than the black of Family. Like that opening track, it’s thankfully short for those of us who aren’t the greatest fans of these styles of music. But actually, I find this one far more listenable, and the breakdown in the middle is almost jazzy. The following Tutto il Male Del Mondo is more to my liking, even when the violently brutal metal takes over from the quieter introduction to the song, which is bookended by another awesome voice actor performance. I can’t overstate how much these performances add to the album!

Everyone I Love Is Dead is a cover of a Type O Negative song which fits so perfectly with the rest of the album, if one was unaware it was a cover, it might never be guessed. This is one of those rare occasions, where the cover is better than the original. And it belongs on this album, as much as it did on World Coming Down. The only thing that lets it slightly down, and gives it slightly away, is that there is not so much variation in mood and style within this song as there is in the remainder of the album. It’s just a little too consistent. (Which is probably the oddest criticism I’ve ever given.)

Some more black metal follows, which I guess makes it perhaps the closest there comes to a predominate style for the album. But Heartectomy offers enough variety and relief that, even though it is the lengthiest track of this extreme nature, it’s actually thoroughly enjoyable. Indeed, it sort of segues from black metal to nu-metal at one point, reminding me of bands like SikTh. It’s just another example of the ease with which Lucynine play with genres. There are so many artists I am reminded of throughout the album (Aphex Twin, Autechre, Autolux, Enemy (US), Failure, Gojira, Ig-orrr, Korn, Marilyn Manson, Massive Attack, Me and That Man, Nine Inch Nails, Gary Numan, Portishead, SikTh, and Wire – to name just a few!), and yet never quite sounding like any of them.

The album ends with the beautifully dark, and almost ambient instrumental, 200335310818, which seems infested with violence and malice. The narrative of the album concludes without a happy ending, although it does feel like resolution of sorts. This doesn’t come as a surprise, of course, as Bertani has already warned us that this album is “a journey through love, lust, suffering, anger and death; a fairy tale with no happy ending”. When the final words from one final voice actor fade away, so does the album. Even if not happy, it does feel like an ending. And it’s a satisfying one, even if questions remain unanswered. The album takes us through cries of pain, suffering and anger, and rare moments of hope and acceptance. It sounds like a raw and graphic, intimate and personal portrayal of grief, and all the conflicting moods and emotions that accompany it, and it’s incredibly successful in doing so. This may not be an album many will enjoy, and I’m not even sure how enjoyable it is meant to be (it sometimes seems perverse how much I do enjoy it), but it is one worth listening to. Much of it may be out of your comfort zone, as it was for me, but give it a go anyway. You may be surprised.

[You can read Nick’s interview with Lucynine’s Sergio Bertani HERE.] 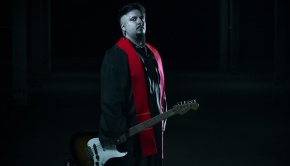