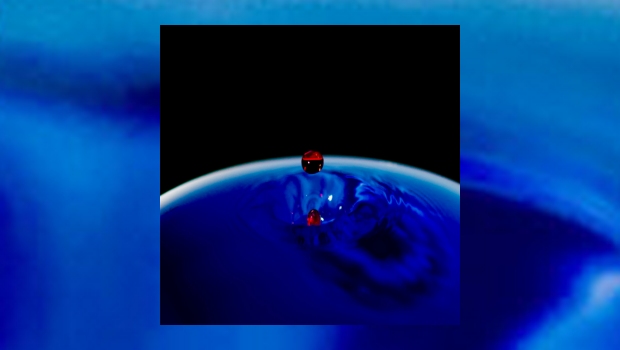 If vibrant and expressive jazz fusion mixed with intricate instrumental prog rock is your thing, then the latest album from Art Griffin’s Sound Chaser, entitled The Seven Ages of Starlight, is not to be missed. The Canadian band, led by talented songwriter and multi-instrumentalist Art Griffin, really pull out all the stops.

The band was created by Art in 2012 to play his complex yet accessible instrumental jazz/prog and they released their debut album in 2016, Visions From the Planet, with Roger Dean, no less, supplying the cover and band logo. Renowned Canadian guitarist Kelly Kereliuk, ex-Saga drummer Steve Negus and classically-trained violinist Victoria Yeh all contribute to produce a dynamic, twisting soundscape where guitars, bass and violin intertwine with flowing keyboards and synthesisers over lively drums and percussion.

The latest album was written by Art between 2015 and 2017, but it is only now that it has been released, after recording the online contributions of many guest artists and a pandemic-delayed mixing and mastering process.

Fans of the likes of Allan Holdsworth, Bill Bruford and other jazz/prog fusion artists will find much to enjoy in this release, but perhaps the most obvious influence is the unique-sounding, violin-led music of Jean-Luc Ponty and his band. In fact, Jamie Glaser of the Jean-Luc Ponty Band provides a number of superb guitar solos on the album.

Elsewhere, Todd Sucherman, the current drummer of Styx, adds power to the final two tracks, Michael Sadler of Saga adds vocal harmonies to one song, Frank Wyatt of Happy The Man delivers a couple of great Moog solos and keyboardist Sarah Westbrook adds sparkle on another track. The result is a successful collaboration between the core band and the guest musicians.

The twelve instrumental tracks vary in light, shade, texture and tempo, but are defined by the interplay between virtuoso guitar playing, swirling electric violin and the atmospheric wash of keyboards and synths, all over a diverse bass and drum rhythm section.

The album begins with the introductory and atmospheric guitar and synthesisers of Earthrise, before kicking off fully with the dense and powerful Ride to Valhalla, where Kelly and Jamie trade soaring guitar solos together with Victoria’s ebullient violin and nice, percussive rhythms from Steve.

Total Eclipse is a darker, more futuristic, synth-led composition with the lead violin integrating very well. However, it is JLP (presumably a tribute to Jean-Luc Ponty) that proves to be an album highlight with sleepy keyboards, a sumptuous, sun-drenched groove and more guitar and violin fireworks. Jamie provides the stunning first guitar solo, whilst Sarah contributes an electric piano and synth solo towards the end. A lovely, lighter feeling track to lose yourself in.

Spanish Galleon has some very effective acoustic guitar playing over keyboards, whilst Seventh Wave is a flowing mix of keyboards and violin, along with floating backing vocal harmonies from Michael and lovely chunks of Moog from Frank. The four-part Chasing Sound is smoother and dreamier and builds up steadily as the melodic piece progresses, whilst Mona Lisa Smile is another full band work-out, but with guitar and violin lovingly embracing each other. By contrast, Astronomy By Rail is a soothing and atmospheric keyboard-led piece with a nice, slow, chilled-out groove to it.

Todd takes over the drum kit on the final two tracks. Pulsar is all keyboard chords over a steady beat with Kelly and then Victoria shining instrumentally.

Finally, we have All of A Sudden It’s The End, which has more luscious keyboard wash with more cymbal-led drumming. It’s the final chance for the band to shine and interact and the album ends impressively.

Art remains at the heart of the music throughout with his keyboards, synthesisers and guitar contributions – his bass playing is rather nice too and grounds the music well – but with the combination of Kelly’s eloquent guitar, Victoria’s expressive violin and Steve’s ability to keep a solid beat, they then mix it up in true jazz fusion style. The Seven Ages of Starlight is a rich, shiny bright and luxurious concoction, but never overly indulgent or prone to excessive flash as some fusion can be. Jazz rock might not be everybody’s cup of tea, but I do think there are sufficient progressive rock influences shown throughout this album to make it worth tasting and then hopefully savouring the superb musicianship on show. You could be in for a pleasant surprise.