In this ADA album update we feature music from the Art As Cartharsis label:

Art As Cartharsis has just turned 10!

Get 20% off everything on the Art As Catharsis Bandcamp page until 18th February 2022! Just use the code aac10years when you’re checking out. 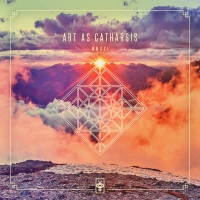 Label samplers are an awesome way to sample (duh!) the sounds of a record label, and if you’re not yet fully versed with the wonderful world of Art As Catharsis, then this 2021 Sampler (available at Name Your Price) is a must! I have been following this Australian label for years now, and so there’s nothing on this compilation I haven’t heard – but let’s face it, I am not the target market. Three of the albums represented on this sampler have already been reviewed for The Progressive Aspect (SEIMS, Chassm, and Kurushimi), and in this ADA label special, we will look into a few more. But if you are a total newcomer to the label, what goodies will you find? The sampler begins with one of my favourite tracks from SEIMS’ fourth album, FOUR, a concept work about communication, full of all that makes SEIMS such an addictively enjoyable band, blurring the boundaries between post rock, math rock and jazz rock. Retaining the post and math, but swapping the jazz out for electronic, Luo are next with my favourite track from their third (I believe) album, which also features Voronoi (more of them later).

Next up is Chassm, who I struggled to describe when I reviewed their album for TPA: “Well, there’s elements of math, crust, both post-rock and post-metal, some blackened doom. I’m pretty sure there’s a cracked and broken kitchen sink in there too.” This is the first track on the sampler which is not a particular favourite of mine from the release that it comes from, but its still an absolute blast. After this, Joseph Rabjohns brings respite with the first of two tracks pulled from the split release from him and Lachlan R. Dale (AAC label head honcho). Kurushimi was one of the first bands I became acquainted with when I found AAC all those years ago, so it comes as no surprise that I am a great fan of the next track on the sampler, and the album it comes from Chaos Remains. “If you put Brian Eno, Toby Driver, Robert Fripp, Ornette Coleman, Mats Gustafsson and John Zorn into a blender, you might just come up with something close to Kurushimi. It’s warped, but wonderfully so.”

Sugar Horse continue the formula that works so well for AAC, bringing a blend of genres into their music that ultimately never really belongs in any one of them. Voronoi are the best math jazz band I have ever encountered. Milton Man Gogh are another band that I came to fairly early on in my explorations of AAC, whose proggy jazz excursions should surely appeal to fans of the MoonJune label. After a track from Lachlan R. Dale, is one of the highlights of this sampler – the first new music from Lachlan’s band, Hashshashin, since their incredible 2019 album, Badakhshan. The album ends with the loops and drones of Ground Patrol and Temple. If you are a fan of experimental music, that explores the spaces between genres, while remaining accessible and memorable (with melodies that will come back and haunt you as earworms when you least expect it), then read no further, and go and download this sampler. 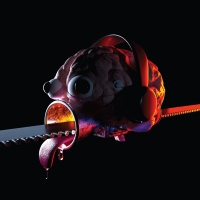 The latest instalment from the duo of Barney Sage and Josh Trinnaman appeared toward the end of last year on the Art As Catharsis label. As with their previous work, this four track EP is a complex blend of electronica and dexterous rhythms, maintaining an eye on the textural whilst ensuring that there is enough melody to keep the listener ensnared. There’s a compelling vitality to the playing, the traditional drums putting it in Battles territory, but Luo continue to develop their own take on the duo electronica/drums format, the results being forward looking and dynamic.

The four tracks take in a variety of moods as electronics blend with disjointed rhythms. Tightrope Tap Dancer has a bubbling, sub-aqua feel, picking up the pace to a raging crescendo before paring back to an easy, floating synth melody. The skittering drums of Auris Animi move into the denser and darker Sanity Meter and its strident bass, while Coda is lighter with treated acoustic guitar featuring amid the electronic melange.

For me it takes as much from jazz as anything else and retains the improvisational element that comes through in the live setting. If you get the chance to see these guys play, I highly recommend it. 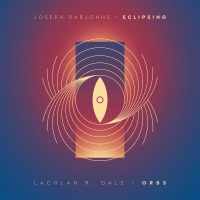 Split records tend to be most associated with music from heavier genres, especially those with the “core” suffix. But though the emotions explored by Joseph and Lachlan are certainly heavy (both sides of the split written to help process and overcome loss and death), this is a quite light and breezy affair that is easy and enjoyable to listen to, and when it comes down to it, simply beautiful. That doesn’t mean that it doesn’t have sharp edges at times, or moments of discord, because beauty does not preclude these. A rose is no less beautiful because it has thorns, and this album is beautiful. The two sides of the split are quite different, but reflect each other brilliantly, as yin and yang.

While much of the release is just Joseph or Lachlan, guests appear occasionally, several of whom are fellow AAC musicians. But this is definitely a solo showcase, and while those additional musicians in the mix do provide additional colour and richness to the tracks in which they appear, they could be absent and the pieces would still stand out. While I like both sides, I admit to preferring Lachlan’s. I have always been a great fan of the way he incorporates Eastern influences into his music, in an authentic and respectful manner. Even those who are not fans of drone, might well find Lachlan’s music engaging, because of their origins in Persian and Indian classical music. 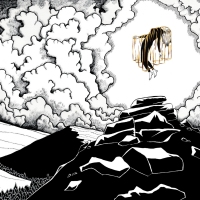 Sugar Horse are a band of absolutely delicious extremes, and their wide dynamics and walls of sound create quite incredible soundscapes that alternately batter and becalm. Though they never particularly sound that much like them, I am often reminded of Oceansize. Sugar Horse make me think of a more brutal Oceansize, taking them to extremes (at both ends of the spectrum) that Oceansize never even approached. This means Sugar Horse are nowhere near as approachable and accessible as Oceansize, and I have no doubt that if the distorted power chords of the introductory number don’t put some listeners off, the vocals of Shouting Judas at Bob Dylan will. But for those willing to persist, and overcome any initial aversion to the harsher vocals, there are some moments of absolutely sublime beauty in this album.

Phil Spector In Hell, the title track, and Terrible Things Are Happening As We Speak, possibly my three favourite numbers from the album, are full of them. Beginning with gentle swells and waves of sound that belie the intensity and strength behind them, that although there is an obvious growing intensity, can suddenly transform into cascades of sound that crash down almost without warning. As much of a fan of this album as I am, though, I admit to barely listening to it since their live version of the album, The LIVE Long After, has been released. Recorded live at Small Pond Studios and the Brighton Unitarian Church, I find the live versions more impressive, effective and affective. The studio version simply seems tamer in comparison now – but for those new to the band, perhaps tamer is a good thing! 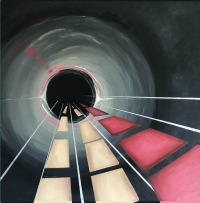 Honestly, I love this album so much, and it’s one of my favourite releases from 2021, so it’s hard to write a review where I don’t simply fall into hyperbole. It is no surprise to find that Voronoi collaborated with Luo on the latter’s 2021 release, as they both explore much of the same musical worlds. But while there is still a good deal of electronica in their sound, it is not as great a part of the mix as it is for Luo. Voronoi’s brand of math rock is based far more on jazz, and I can’t get enough of it. If there is such a thing as thrash jazz, then Voronoi is it. But with no guitar player, can they be said to thrash? As far as I’m concerned, yes. Aleks Podraza runs all over the place, while beneath him Tom Higham skitters through polyrhythms with ease, and Sam Quintana vacillates between delicate and djent, as the music dictates.

The keyboard playing is quite eccentric and electric, reminiscent at times (to me) of players as diverse as Vince Guaraldi, Mike Garson, Jamie Saft, Tigran Hamasyan, and Matt Bellamy. Although the combination of jazz and metal is hardly a new one, I have never heard any other band play the two in the manner that Voronoi do. I love jazz metal, and have probably heard hundreds of iterations of it, but Voronoi really do provide something truly unique. And there is so much variety on the album, in the way the band experiment with how they mix and match the jazz and metal components of their music. That the band come and go in so many different directions, yet still maintain coherence and structure is quite impressive. As per their Bandcamp blurb, “each element remains different and unique, but still intrinsically tied to the other.” Simply wonderful stuff! 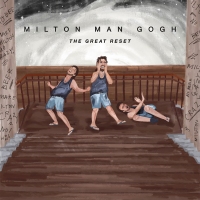 I admit that what first drew me to Milton Man Gogh, and their debut release, Stress to Impress, was the combination of the description of their sound to Bowie collaborators Donny McCaslin and Mark Guiliana, and the inclusion of a piece called Sue (or In a Season of Crime) which was clearly indebted to the Bowie track of the same name. (As I write this review, I note that Sue has been removed from Stress to Impress, so apologies to those intrigued who can no longer listen to it. Let me just assure you that it is every bit as superb as you might expect.) Like Voronoi, Milton Man Gogh are a math jazz band, but there’s (almost) no metal here. However, that doesn’t mean it can’t get loud and hard-hitting like a drunken pub brawl in a rural Aussie drinking house. Every release from this trio has been stellar, but The Great Reset is their best yet.

The frenzied and frenetic prog jazz is toned down for See You Round the Traps – a languid and moody reflection on loss and death. The first part of the title track has a similarly laid back manner, as it ponderously wanders and wonders forwards, toward an unexpected climax, and the second part which provides the greatest closing statement Milton Man Gogh has ever made. And if there is any metal in Milton Man Gogh’s math jazz, this second part of The Great Reset is where you find it, along with great dollops of electronica, as bassist Zac Sakrewski employs his effects pedals to great, well, effect. Suddenly, all too soon, The Great Reset is over – a short and sharp explosive 25-minute burst of energy that leaves the listener wanting more.