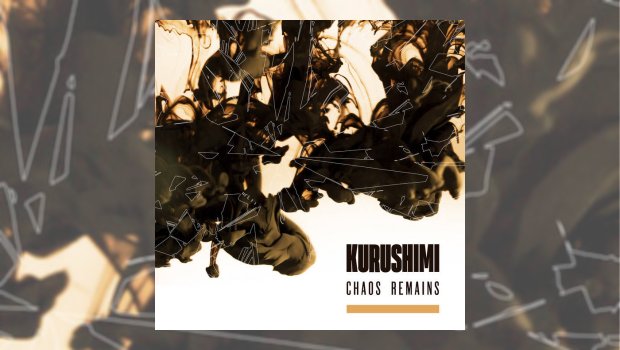 I came to Australian band Kurushimi via label-mates, Instrumental (adj.) and their rather wonderful EP A Series of Disagreements which sounded just like that – a series of disagreements. Simon Dawes (guitar) and Chris Allison (drums) are members of both Instrumental (adj.) and Kurushimi. So given how much I enjoyed the music of the former, it seemed a dead cert I should like the music of the latter too. Unsurprisingly, this was the case. But while both bands play a noisy free jazz style, Instrumental (adj.) blends this with math rock, while Kurushimi take it far into the avant realms. As such, I found Kurushimi a little less accessible initially, but ultimately more satisfying.

Yet somehow, it seems I failed to keep up with Kurushimi. I have their eponymous album and Shōtotsu EP, both from 2016, but nothing released subsequently. Upon receiving Chaos Remains for review, I checked out their Bandcamp page, and it would appear I have missed three releases, the last of which is titled What is Chaos?, so perhaps this year’s album is a sequel or an answer to that, or maybe it is simply the remains from Chaos? explored in a new way? Listening to the two albums together, there are definite similarities, and I can’t help comparing these two albums to Radiohead’s Kid A and Amnesiac. In no sense should the second album be considered lesser, and in both cases, I seem to have a preference for the second album of the pairings. Regardless of how Chaos Remains fits in relationship to its predecessor, ‘chaos’ is quite possibly how Kurushimi might sound to the initiated – an almost impenetrable wall of sound. Yet, to continue with the Radiohead theme, once I’m attuned to the sound then I find everything in its right place.

Perhaps the order in chaos comes from the conducting of Simeon Bartholomew, whom I know from SEIMS. Here Simeon is not playing, but conducting the improvisation of the Kurushimi musicians. Though it’s probably not an original idea, it is certainly the first time I’ve ever come across it. As aforementioned, there are definitely similarities to the previous What is Chaos?, and upon further reading on Bandcamp as I listen, these have been “built up from tracks recorded during the sessions for their previous album”, and it would appear Simeon took on the role of conductor for that album too. Without having heard the releases in between, it would seem to me that Simeon as conductor has given a structure to the improvisations that were not apparent on the album and EP I own. Despite still being grinding, noise-filled, dissonant, metal-edged avant free jazz, the two Chaos albums are considerably more approachable and enjoyable, arresting and engaging, from the very first listen. There’s still a sense of improvisational anarchy, but it’s more restrained. (Band leader Andre Mortensen shared conducting duties with Lachlan Kerr for the releases I own, so hopefully he doesn’t take offence in the implications of the conclusion I’ve drawn here.)

Of course, while a different conductor is always going to bring out differences in the musicians, another reason for the greater sense of structure is that Andrew has created cut-ups of movie scores (hence the title of opening number, The Omen) and looped them. Thus, while the music is still 100 per cent improvised, the combination of a foundation of loops to improvise upon, and Simeon as conductor, if not exactly creating organisation out of chaos, nor necessarily any sense of direction, does create boundaries of a sort. That doesn’t mean the music has no surprising turns or jump scares, they are simply more contained. Even within their relatively short lengths, the tracks contain a great deal of drama and tension, and every bit of the ugliness and malevolence Mortensen was looking for. He wanted something evil, and I’m sure I’d go that far – but it is definitely menacing, sinister and foreboding.

If you put Brian Eno, Toby Driver, Robert Fripp, Ornette Coleman, Mats Gustafsson and John Zorn into a blender, you might just come up with something close to Kurushimi. It’s warped, but wonderfully so. One of my favourite moments comes when the chaos suddenly takes on a dub tone. As I hadn’t been paying attention to the track titles, I was unaware this was actually titled Chaos Dub, which drew a wry smile from me. You can’t say the band aren’t being upfront with what they’re playing. Of course, like almost everything else on this album, its stay is short. In fact, the brevity and brutality of most of the tracks makes it easy to make a comparison with grindcore, which the band acknowledge when they describe themselves as “a violent instrumental assault of grindcore, free jazz, noise rock and everything in-between.” These bite-sized slices of violent instrumentals are absolutely delicious, and very more-ish. Almost addictive, in fact, as I seem to keep coming back to this album, over and over again.

Given I’ve not (yet) listened to every Kurushimi release, I can’t say it is their best thus far – but I can say, without any hesitation or doubt, that it is the best I’ve heard. It’s still improvised, it’s still pretty loose, it still has aggressive moments, but it sounds more upbeat. On the face of it Chaos Remains sounds like a bunch of musicians coming together from their main gigs (and in a way, they are almost a sort of supergroup of the Sydney underground scene) and simply having fun. Without meaning to demean their musical creations, they all show up and then improvise within some basic parameters, to churn out an album. But while it might not be so methodical, structured or conceptualised as the other bands the Kurushimi musicians play for, Chaos Remains was clearly a lot of fun to make – and that makes it a lot of fun to listen to.