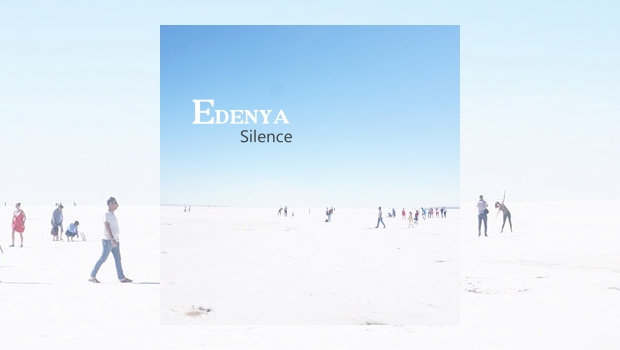 As is often the case, several weeks can elapse between first hearing an album and finally getting around to giving it a ‘proper listen’. A caveat to this revisiting is – do I still remember the music? Happy to say this was the case with Silence. Thinking back, what were my recollections? Firstly the music was enticing and melancholic, with an odd trigger in the opening track which, to my mind, shared a distant DNA with House Of The Rising Sun. The strongest recollection however centered around the vocals of Elena.

So returning to the album, many weeks later, I can confirm there’s still a passing reference to HOTRS notably in the ‘minor key’ guitar which dominates the majority of album’s opening track. Not particularly important as The Promise is a different animal altogether and one that more than lives up to its title, delivering beyond the aforementioned and distant progenitor. Initially though the track does follow a fairly simplistic verse/chorus formula, with the arpeggiated guitar to forefront, allowing the rather restrained vocal melody to grow in charm and stature.

As mentioned my strongest recollection of the album were the vocals, and in particular those of Elena – apologies for only crediting Elena by her first name here, but there’s no reference to her surname on Bandcamp or across Edenya’s media presence. Regardless, Elena’s range and tonal qualities are quite stunning, taking the vocal arrangement here from restrained in the opening, to soaring heights as the track meanders through its seven minute duration. Before leaving The Promise, the initial part of the song suggested a rather folk inspired album might ensue, but a heavy and orchestrated bridge section midway, brought such notions into doubt.

Another unfamiliar name, so a quick introduction might be called for. Edenya are a French trio and Silence is their first full length release. There is a previous EP, released in 2017, however the only static force is Marco, alongside guest musician Julien Perdereau. Checking out the Edenya EP did serve as a good introduction, however vocalist Ida Rose has a more eclectic, theatrical voice and as a consequence there’s a different slant to the music. Central to Edenya is multi-instrumentalist Marco who would appear to be the principal songwriter and arranger. Marco founded Edenya back 2010, initially as a solo instrumental project, which I can well imagine to have been fascinating, as throughout Silence the music forever catches the ear and serves as a wonderful backdrop to the vocals and when allowed freedom – absorbing, touching and with the odd ‘googly’ thrown in to keep you keen.

Now if The Promise offers an auspicious introduction to Edenya then the haunting and ethereal Sabrina surely delivers on that promise. With a spectral keyboard backdrop, interweaving guitar and Elena’s voice, initial heavily ‘effected’, but once released, sonorous and oh so sweet. Heavenly even!

A difficult performance to follow, so perhaps wisely Edenya move to the first of two instrumentals from Silence. As mentioned Edenya began life as an instrumental project, and it shows. The band are used sparingly in Broken Love, but once they’re in, they certainly make their presence known. Mention here for violinist Adrien France who elevates not only Broken Love, but contributes greatly across the album.

For Silence Marco enlisted two new singers, the previously mentioned Elena and Rémi (again no surname). Rémi makes his entrance in All They Want and initially I wasn’t convinced. Accompanied solely by acoustic guitar his voice is a little too exposed, however the track is truly elevated when Elena’s voice appears in the choruses and outro. Another of those ‘wow’ moments. A far more convincing performance from Rémi can be heard during Will The Demons Win?, which tackles the coordinated terrorist attacks that took place on Friday 13th November 2015 in Paris. Here the gentle fragility and soft timbre of his voice, combined with the breathy harmonies, sits much more comfortably within the acoustic framework. A moot point perhaps, but I did ponder if the album, as a whole, but especially those tracks performed by Rémi, might have been better served if sung in their native tongue. Musically Will The Demons Win? is a song in two halves with the concluding half featuring a powerful post-rock instrumental break allowing the music to float out on bed of layered guitars. The refraining acoustic chords offer a poignant close.

And there’s a trippy, hypnotic post-rock feel to the second of the instrumentals, from the reverb drenched bass line opening, Chaos takes on an absorbing journey and acts as a fitting precursor to the album’s ‘biggy’ and title tune.

I’m grateful here to Marco for a copy of the lyrics as it goes along way to explaining the rather twisted, convoluted and tortured nature of the album’s title song. Silence deals with Marco’s long struggle with the effects of tinnitus.

Although presented as one piece, Silence is, to my ears, constructed from a number of parts, some work seamlessly, whilst others beg the question – what on earth is going on here? So (part one) we have urgent, layered guitars acting as the perfect foil for Elena’s anguished delivery of the lyrics. There’s a lovely bridge a couple of minutes in (part two perhaps) which changes the dynamic, whereas when the track moves into a pounding heavy metal-ish (part three) – the eyebrows raise. A powerful, if somewhat unexpected section. The lyrics are crucial here explaining the spiraling despair caused by the unrelenting nature caused by this debilitating condition. Unexpected maybe, but very effective. The release comes initially, with a slightly dissonant backdrop to the guitar arpeggios which take us into (part four). Mournful choirs eventually fade and we are left with acoustic guitar and vocal. A wonderful melody with the sweetest of harmonies suggests some relief has been found? I’m not sure if this is the case, but this section in particular is very moving

As we draw to the conclusion the track rises for one last lament and leaves us on a spiritual high.

The album could and perhaps should have ended here as Silence is a wonderful closing statement. But given the subject matter of the title track, perhaps an answer to Marco’s tale was required? With Marco on acoustic guitar, Rémi on vocal and France’s plaintive violin, Still Alive is perhaps the suitably restrained and fitting end to the album after all.

Truthfully… I wasn’t sure about Edenya’s Silence at first and I certainly wasn’t expecting it to grow on me as much as it has. I’m very taken with Silence and heartily recommend it…