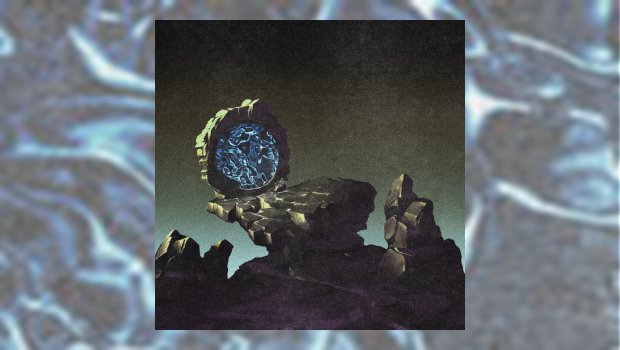 One of the first albums I reviewed for TPA was Guranfoe’s debut, Sum of Erda – a wonderful and eclectic fusion of sounds that was thoroughly grounded in the ’70s yet never suffered the pitfalls so many retro prog bands do. Filled with psychedelia and Canterbury, and sounding a little like Camel meets Zappa, or Soft Machine meets King Crimson, their influences may have been from the past, but Guranfoe sounded fresh and contemporary. I particularly singled out the drumming of Joe Burns, and it’s his drumming that’s the first thing that grabbed my attention in his new band, Jomo Tuun. Jomo Tuun is like Guranfoe on speed. Some of the same influences that make themselves known in Guranfoe reappear in Jomo Tuun, but are joined by more modern bands such as Tool, Karnivool and The Mars Volta. (The press kit lists only one of those bands, but I hear all three.) But as heavy as this new band is compared to Guranfoe, I’m quite sure that fans of one will enjoy the other.

Of course, it’s not fair to simply compare to Guranfoe, because of this new power trio (and what power!), only Burns comes from that band. The other members are Samuel Easter on guitars, and joining Burns in the rhythm section, Oli Cross on bass. Easter comes from progressive jam band The Fool’s Moon, who I was introduced to via (you guessed it) Guranfoe, after their New Year’s Eve gig over three sets (The Fool’s Moon, Guranfoe, and GuranFool) was released on Bandcamp. Cross comes from exploratory jazz outfit Phoenician Blinds. The various influences they bring from their respective groups all combine to create a most enjoyable and unusual take on prog metal, so that their music will likely appeal to those who are not fans of the genre as well as those who are. Jomo Tuun describe their sound as ferocious and aggressive, but it’s more ‘Rainbow Blood’ than ‘Reign in Blood’. It’s more funky than ferocious, and while it’s punchy, those punches aren’t thrown in that aggressive a nature.

In fact, one of the influences Jomo Tuun do give is the particularly non-aggressive Rush, and that’s a good one. Burns clearly is influenced by Neil Peart, and there are definite subtle nods to Rush throughout the album in his drumming. I find myself smiling to myself whenever I hear them. One obvious similarity between the two power trios is the way the members interact in both bands. Usually in a band, bass and drums are interdependent, and guitar contrapuntal. However, the rhythm section of Jomo Tuun is almost independent. The interplay between Burns, Easter and Cross is amazing as they take turns to play off or against each other as the music requires. Effectively, at any one time, at least two of the trio are playing melody and counterpoint at the same time. The exciting interplay between the three instruments are what gives so much of the enjoyment of One Tuun.

What I hear most in the music of Jomo Tuun is the mutual love of the insane and intricate. All three revel in wild and tricky playing that twists and turns in unexpected ways and directions. Never quite disjointed, the music IS angular – and I guess that’s where it can seem aggressive. Fall on one of those sharp corners and you will bleed. But as discordant as the music can be, it spills out effortlessly in a fluid motion, making the angularity of the music less dangerous. The rhythm section, especially, wilfully throws the listener around the room with wild abandon, but it’s a mosh pit in a padded cell, which makes it more fun than ferocious. And really, that’s the word I keep coming back to every time I listen to One Tuun. Jomo Tuun are fun to listen to. I imagine the band are a blast to see play live, and I hope someday I have the opportunity to check them out. I can imagine them on stage with wide grins plastered across their faces, because they’re having such fun playing their music.

While there are certainly darker moments on the album, it is largely an upbeat and positive affair. A celebration of three like-minded musicians taking time away from their usual bands to indulge in some good old prog metal, and doing so with great joy and gusto. It’s unclear from the promotional material I received how much of the album was recorded with all three musicians in the studio together, but it certainly sounds a very collaborative affair. As disconnected as a lot of the playing could so easily be, given the different directions the three go at times, it all fits together like a particularly creative and complicated jigsaw puzzle. The pieces might not make sense looked at individually, but put together they create a quite astounding picture. To further strain the analogy, it helps that the trio draw on such a colourful palette, revealing shades and textures that really leap out at the listener. I find it hard to believe that the three were not in the same room at the same time, and yet the past couple of years of covid lockdowns and social distancing do make this a possibility.

Is this project is just a one off diversion from their main bands? I certainly hope not, based upon the strength of One Tuun. That Jomo Tuun describe this as their debut album on Bandcamp certainly implies to me that there will be future recordings. I can’t wait to hear more from this trio, and I definitely want to catch them live. In the meantime, I have this album, and it is definitely getting a lot of spins. If you’re a prog metal fan or not, I urge you to give this album a listen. It may well surprise you!