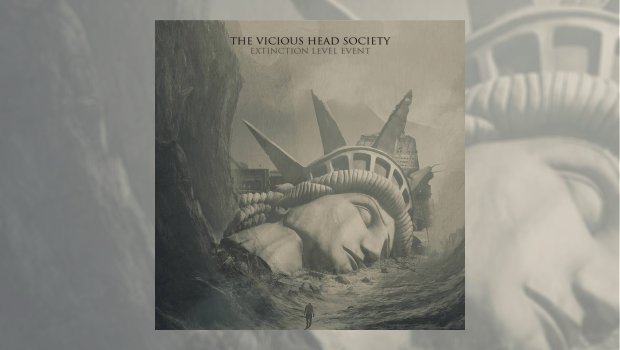 In early 2017 I was introduced to Graham Keane’s first album under the name The Vicious Head Society, Abject Tomorrow. I will be forever thankful to a friend who insisted on buying the CD for me, as it quickly became a favourite, despite not being the type of music I would normally listen to. The Vicious Head Society played a fairly standard form of prog metal, caught somewhere between more modern bands like Leprous and classic bands such as Dream Theater, that would normally not do much for me, but so exceptionally and engagingly that I kept returning to the album time and time again. So much so, that throughout the year I would post on my Facebook page how surprised I was that it was still my favourite album of the year. Nothing else touched Abject Tomorrow all year, for me. I kept expecting something to topple it from the top spot, but nothing ever did. It perhaps goes without saying, then, that I have been waiting to see “what Graham did next” for quite some time.

Actually, that’s not entirely true. The second album has been a looong time coming, but it has been amazing to have Graham keep us up to date with every step forwards – and backwards – along the way. I’m not sure I’ve ever seen an artist be so forthright and upfront about the process and progress (or lack thereof) of making an album. Even after its release, Graham continues to add to the story of the album with vlogs, Q&As, lyric videos and play-throughs. Of course, all of this has meant that Extinction Level Event has a LOT to live up to. So when the CD popped through my letterbox a couple of months ago, I was almost glad that I couldn’t listen to it immediately, due to my insistence on listening to only Kiwi music during May’s New Zealand Music Month. I admit to being a little apprehensive about the album, partly because I am aware my tastes have changed somewhat in the years between the debut and this new album, and I listen to this style of prog metal even less now than I did in 2017.

Indeed, this year I have already reviewed a new album for TPA that rather underwhelmed me (Norchestrion by Need). I had enjoyed that band’s previous album (also released in 2017) but was rather underwhelmed by the new one. I recognised that my 2017 self would have enjoyed it, but 2021 me was more ‘meh’. I really didn’t want the same fate to befall The Vicious Head Society. But I needn’t have worried: Graham has done it again. This new album is superb. 2017 me would definitely already be putting it up for album of the year. 2021 me is less ready to do so, but certainly doesn’t write off that possibility. And boy, is it a possibility. This is a fantastic album, right from the rather audacious decision to open with a ten-minute plus instrumental title track! Everything about this album is noticeably improved from the debut (from composition to production). I can’t write enough superlatives for fear of hyperbole, but damn, I am so impressed. So let me try and write a review as objectively as I can…

The opening number is one of only two tracks hovering around the ten minute mark, which is perhaps one of the greatest differences between Extinction Level Event and Abject Tomorrow. There is no twenty-minute epic to end the album here, and rather than the songs being around ten minutes apiece, they are around half that length. But, because of the way the concept is approached, you could almost call the entire album one big epic. While Abject Tomorrow was also a concept album, it was neither so overt nor fluidly sequenced. Extinction Level Event reminds me a little of Porcupine Tree’s The Incident in this respect (in structure, rather than sound). From the title, we know the concept for the album is the end of the world as we know it. The exact nature of the extinction level event is only really ever hinted at, but that’s because it doesn’t really matter. The album is not so much about the end of the world as how people react to that knowledge. How do people process and react to knowing that they are facing the end of their lives? Each song is a story, and each story asks a question of its listener. Thus, though there is an over-arching concept, it is almost irrelevant because of its subservience to the individual stories told.

As with the debut, Graham demos everything himself (guitars, bass, drums, keys, etc.) then farms it out to musicians throughout the world to record their parts. On Extinction Level Event, these musicians hail from such places as Argentina, Great Britain, Ireland, Slovenia, and the United States. When he receives the parts back, Graham records his guitar parts again, and there you have the album. That process might sound simple, but there are so many ways this can go horribly wrong – not least because of the temptation to over-edit and over-produce. That the whole thing sounds so organic, and more pertinently given the subject matter, so human, is a testament to how great a job Graham, and Matheus Manente (credit where credit is due) have done. I believe the only aspect of the album that Graham Keane has not been almost completely hands on with is the artwork – and even that fits perfectly with the theme. Basically everything about this album – and I mean everything – is better than the debut. The first song, Solipsism, roars into being, and is a ferocious and furious number that’s a favourite of mine. At the other end of the spectrum, Throes of Despair is another favourite.

The choice of when clean and harsh vocals are used is incredibly effective in telling the story. I’ve never been a fan of harsh vocals but enjoy them on both The Vicious Head Society albums. They so obviously serve a purpose to the songs they are featured on, and it is hard to imagine the songs having anywhere the impact they do were the harsh vocals not to be present. For instance, within Judgement, the protagonist appears to be a serial killer struggling with a crisis of conscience as the extinction level event nears (as “the universe conspires”), almost asking for forgiveness from the “cold dead eyes” of their last victim. The way the vocals vacillate between clean and harsh, as the protagonist is torn between their yearning for murder and their recognition of wrongdoing, adds an extra layer of meaning and impact to the song that is quite outstanding. Some of the themes, both lyrically and musically, are picked up again in Absolution, but perhaps ironically, while Judgement is easily one of my favourite tracks on the album, Absolution leaves me in two minds. I really like it a lot, but it seems somewhat unnecessary, even though it shows another side of the same story.

Any ambivalence I have for Absolution, though, is blown away by the closing number, which is as effective a finale as the title track was to introduce the album. Fittingly, it includes contributions from Graham’s many fans – those fans who have watched him bare his soul, his torments and his triumphs, over the years between the debut album and this one. Graham asked them to send him recordings of people saying goodbye (to anyone or anything) in their own language. These provide an impactful climax to an already affective song that has taken all that came before and brought it to its logical conclusion. It’s not a bright and happy ending, but then when an album is about the end of the world, I guess there isn’t likely to be a happy ending. There is a silver lining to the black cloud: Graham Keane has announced he is already working on the next The Vicious Head Society album…

[You can read Nick’s interview with the band’s Graham Keane HERE.] 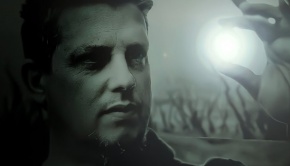