10cc have announced a new UK tour for 2022. The Ultimate Greatest Hits Tour will celebrate the hits which have seen them recognised as one of the most inventive and influential bands in popular music. The icons of art-rock achieved eleven Top 10 hits, and over 15 million albums sold in the UK alone, with three No 1 singles: Rubber Bullets, Dreadlock Holiday and the ubiquitous I’m Not In Love. 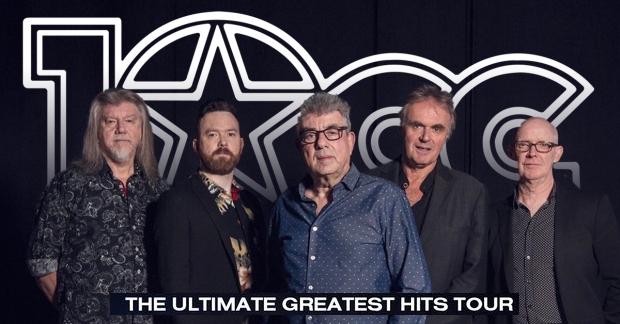 Whilst he is looking forward to performing in front of UK fans again, Graham Gouldman said that 10cc had just returned from a short European tour when he spoke to TPA’s Geoff Ford, recently.

“You may not have known about it but we’ve just done a European tour that finished about three or four weeks ago. We’ve been in Belgium, Holland, Luxembourg and Germany and we kind of dodged any COVID restrictions that kept coming in as we were travelling. We were quite lucky. That was brilliant, as you can imagine.”

I was speaking to Graham ahead of next spring’s Ultimate Greatest Hits tour. 10cc were one of the most successful groups of the ’70s, so I asked Graham what was it like to be part of that phenomenon.

“Oh, it was great!!” he replied. “10cc were the beneficiaries of being post-Beatles. We’d grown up with The Beatles and we adopted many of their revolutionary boundary-breaking attitudes. We were writing songs that hadn’t, traditionally, been written before with expanding different arrangements and musical styles, bringing various things together that you wouldn’t normally do. 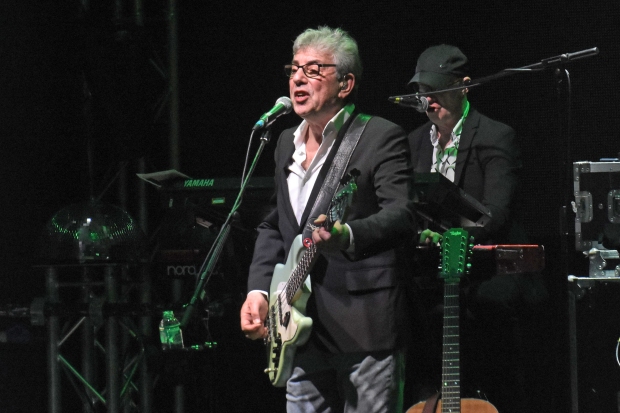 “We (Graham, Kevin Godley, Lol Creme and Eric Stewart) were four writers, producers, singers, musicians and we had our own studio. It was like having our own playground that was just the four of us, no-one else. That was one of the keys to our success and that, whatever we did, we did for ourselves. We were never really aware of being commercial or anything, it just so happened that what we liked other people liked.

“It was a wonderful period and touring was a lot of fun, just enjoying it all and that’s why I’m still doing it today. But I can’t do anything else anyway!” he laughs. “So, it’s a good job, really! I love touring. I feel very lucky because the three things in my work life are writing, recording and playing live, and I get to do all three.”

While each of the four members had their own writing styles, they also paired off into the writing teams of Godley-Creme and Gouldman-Stewart, so 10cc became a real creative cauldron.

“It was,” Graham agreed, “and we just had the right chemistry. That’s something you can’t plan for, it just happened that way, it was wonderful.

“I knew Kev and Lol quite well because we were all from North Manchester. Whatever happened before 10cc informed what happened to 10cc.

“I’d always been in bands anyway. Even as a songwriter in the sixties, I was in a band with Kevin Godley, semi-professionally, and I loved playing. The first thing I did, when I was a young teenager, like a lot of others, inspired by skiffle and American acts like The Everly Brothers…

“Every band I ever look at the history of, of our era, all had exactly the same influences and musical upbringing, pretty much.  The Beatles, The Hollies, The Kinks, we were all listening to the same music, so we were influenced by it, and still are influenced by it.” 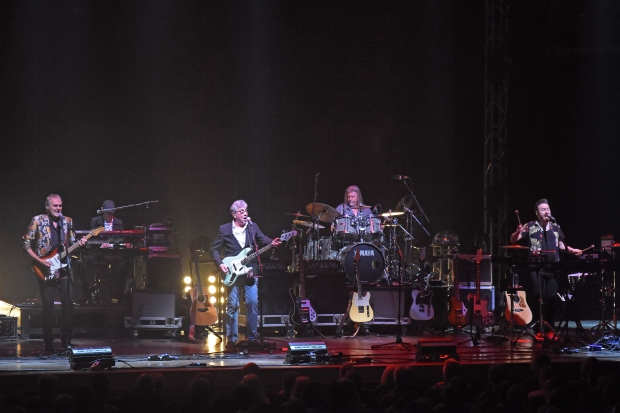 The Northwest was a hotbed for new music coming into the country through the ports.

“That’s right, that happened famously in Liverpool with the sailors bringing back American records and we just ate it all up, it was fantastic. Manchester, in particular, was always a big supporter of the arts for theatre, literature and everything. Manchester has always been a very creative city and, of course, being a university town had lots of small venues where bands could play. We used to go to places like The Three Coins and there was no alcohol served, you went to meet girls, watch the band, or both; a heady combination.”

Manchester has continued to be a centre for musical creativity ever since.

“The first gig we did was in the Isle of Man, for some reason, and we got a shock when we went on stage. There were all these girls screaming but we didn’t know why because we never considered ourselves the sort of band to be idolised in that way. We just thought we were very musical and wrote good songs and that was pretty much it. We expected people to listen to what we’d spent hours and hours and hours working on, but they were just screaming all the time and it was very odd. 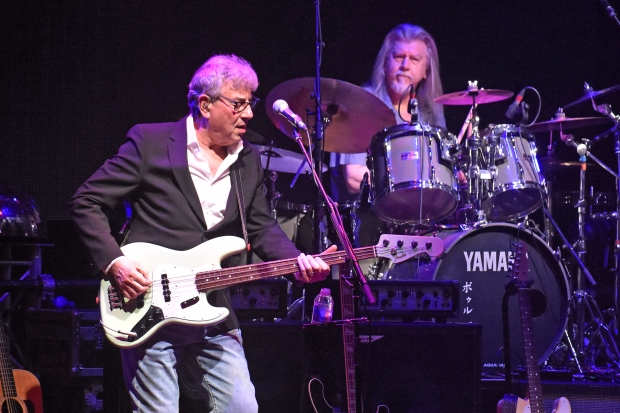 “Then it carried on a bit like that. I always loved touring and it was great.”

Since the late ’90s, Graham has continued to keep the 10cc name alive with regular tours both at home and across the globe. And the current line-up includes drummer Paul Burgess, who became a member of 10cc’s touring band back in 1973, along with guitarist Rick Fenn who joined shortly after.

“They are absolutely fantastic,” says Graham. “Paul and I go back even a bit further than Rick. Paul was playing drums with the original 10cc, when we went out on the road, to enable Kevin Godley to come out front and sing. There were also percussion parts and some of the records had more than one drum kit on, so he helped that to happen. The other guys have been with me a long time and they are all absolutely brilliant. Well, they’ve got to be, haven’t they?

“Iain (Hornal) is great and I do my Heart Full of Songs (solo tours) with him. Iain and Keith Hayman on keyboards, they’re all fantastic musicians and very good friends. We have a lot of fun together and that’s really important to me. It’s not just a matter of being a good musician for it to work, personality is also very important. I think that kind of transmits to the audience, as well. They can tell we get on and we have a bit of fun without any detriment to the music. People can see that we enjoy playing together and, I think, that’s a bonus for the audience.”

Having seen Graham’s current 10cc line-up on a number of occasions, I was pleased to assure him that I had always felt this harmony within the band. 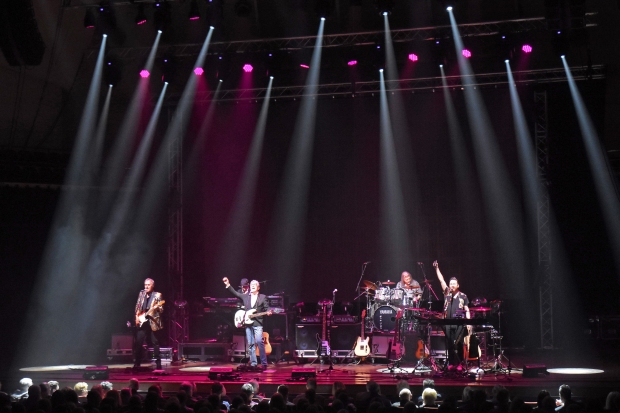 “Oh, I’m glad of that, it’s really important,” he replied.

I wondered how Graham had dealt with the lockdowns of the past couple of years.

“Actually, quite well in that I put a studio in our place and found it a very creative time. I was kind of forced to do things I’d never actually done before, all of which was good. I did a lot of things I wanted to do anyway and it was great. I didn’t like the fact that we were all confined to quarters, so to speak, but I really enjoyed recording on my own and working with a lot of other people, sending files to one another. It all worked out.

“I put out Modesty Forbids, my solo album, in March of last year, about the same time as COVID. The only other thing I’ve done this year is quite a lot of library music with various friends of mine. I did an instrumental album, No Words Today which, except for one track, I didn’t write any of it, it’s all music, songs I really like, and I put it out on Bandcamp.

“I started doing one or two tracks and it just snowballed. All of the profits go to Help Musicians, a charity that does what it says on the tin. Obviously, a lot of musicians have been affected by the pandemic, seriously. So, I decided to donate to that charity with any profits that came from the album. It was a win-win because I enjoyed doing it and I hope it helps some other musicians.” 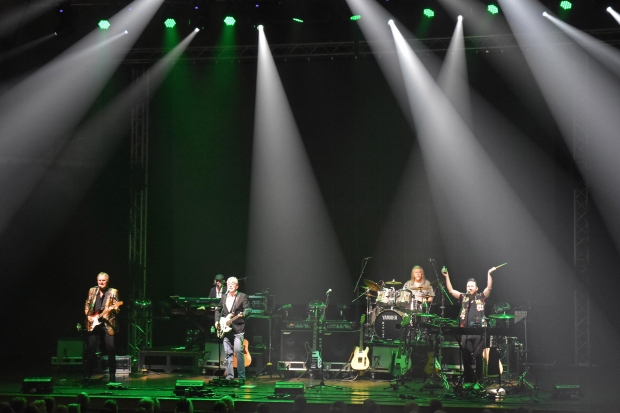