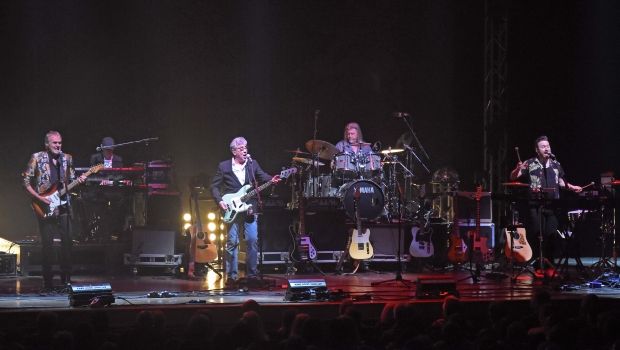 Such is the popularity of 10cc that, approaching half a century after they arrived on the scene, their music still has the power to virtually sell out concert halls everywhere they visit.

Around twenty years ago original member, and rock music legend, Graham Gouldman put together a touring line-up that has remained fairly stable ever since. Paul Burgess, on drums, and guitarist/vocalist Rick Fenn both have history with 10cc stretching well back to the early days, maintaining the band’s authentic pedigree, while Keith Hayman has been a regular on keyboards for many years.

And so it was that a very enthusiastic audience descended on Nottingham’s Royal Concert Hall for the second date of 10cc’s 2019 tour and a chance to relive some of those treasured memories of, what seems like, just yesterday…

As the house lights dim, a video flickers to life with a tale of evolution, the evolution of a band. The tale tells how a trio from Manchester (by the name of Hotlegs) scored a number 2 hit with a novelty song Neanderthal Man, before they were joined by their good friend Graham Gouldman and 10cc was born. The rest, as they say, is history – bang! Straight into The Wall Street Shuffle.

The hits keep coming: Art For Art’s Sake, Life Is A Minestrone, Good Morning Judge and The Dean And I. It’s a while since I last saw 10cc live and the first time since multi-instrumentalist Iain Hornal has joined the band. Iain has been a major part of Graham Gouldman’s Heart Full Of Songs ‘solo’ tours and now takes a significant role with 10cc sharing lead vocal duties with Graham, his falsetto voice the perfect complement for Graham’s baritone.

The middle section of the evening concentrates more on some long forgotten album tracks and the Sheet Music album, from the classic Godley/Creme/Gouldman/Stewart era, features with the tracks Clockwork Creep and Old Wild Men and some lovely guitar work by Rick Fenn.

The set also includes the epic Feel The Benefit which came from the later Deceptive Bends album. Iain and Graham shared the vocals while Graham and Rick also had featured solo spots, a real crowd-pleaser bringing the audience to their feet. Graham was also quick to point out that “Three people went into the studio to make that album, myself, Eric Stewart and,” he turns towards the drum kit and raises an arm in salute, “Paul Burgess!”

One element now missing from 10cc gigs is Graham Gouldman’s solo spot featuring some of the classic hits he wrote way back in the sixties. Graham’s Heart Full Of Songs tour has probably scratched that itch, an acoustic set covering all of his long and illustrious career. I would highly recommend you catch that tour next time Graham appears in your neck of the woods.

This gave the band more scope to include the album tracks and also a new song; “We don’t do this very often,” quipped Graham. “Iain Hornal was recording his new album and said he would like to write a 10cc-type ’70s song. ‘I could help with that!’” Graham laughed as he introduced Say The Word.

Another highlight was Somewhere In Hollywood, a Sheet Music track which featured a video backdrop and a vocal track by Kevin Godley.

Inevitably there were more big hits saved for the end of the main set, I’m Mandy Fly Me, I’m Not In Love and Dreadlock Holiday. Live this may be but Graham always insists that having spent so long working on complex and intricate arrangements in the studio, he wants to remain faithful to the originals on stage. Obviously the fans love this, it’s what they come to hear, and the calibre of musicians with which he has surrounded himself makes this all possible.

Returning for their encore, Graham introduced Ready To Go Home, the last 10cc single written by Graham and his dear friend Andrew Gold shortly after they both lost their fathers. A moving song, Graham and Iain’s vocal harmony was exquisite.

The mood changed completely for a special version of 10cc’s very first single Donna, sung a capella by Rick, Iain, Keith and Graham. Made possible by Iain’s range, this was a performance so full of humour and a complete delight.

Finally with everyone on their feet, it was time to load up the Rubber Bullets, rock out and send everyone home with big smiles. 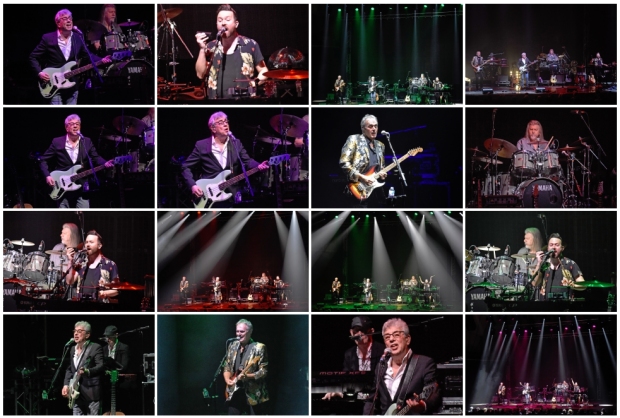 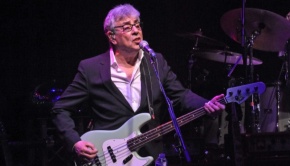 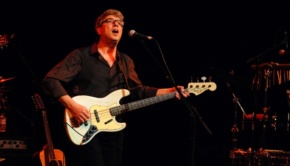