In a turbulent time when we have leaders preaching exclusion and hate, and we are exposed to the nonsense of ‘Alternative Facts’, it is surely more important than ever that our artists project truth and integrity as beacons in a world of lengthening Evening Shadows and Fear. Such is the intensity and honesty of Steve Hogarth’s remarkable and edgy performance at the 100 Club in London that no audience member could have been left in any doubt as to the sincerity and power of this artist.

Hogarth is simply sublime throughout, from the opening impact of Marillion classic Easter, which strangely but perfectly segues into Leonard Cohen’s Famous Blue Raincoat. An intense Instant Karma tinged with anger indicates that ‘h’ is not totally at ease for this gig, admitting to the audience that he feels ‘unsettled’. However, it is this ‘edge’ that makes for such a compelling gig, whether in the sense of loss overwhelming Beyond You or his severely focused but restrained rendition of Peter Gabriel’s apocalyptic Here Comes the Flood. Hogarth’s choice of songs also indicates his sense of injustice and community, touchingly conveying in Working Town the tragedy of the sad decline of Doncaster, where he grew up, as coal mines closed and the town deteriorated (a relatively obscure but excellent song from his former band How We Live’s recently re-released eponymous album. Hogarth’s humanitarian perspective is emphasised right at the end of the gig when he informs the audience, almost as an afterthought, that the performance had been a fund-raiser for a school in Bethlehem, underlining that his concerns extend further than just writing significant songs like Gaza. 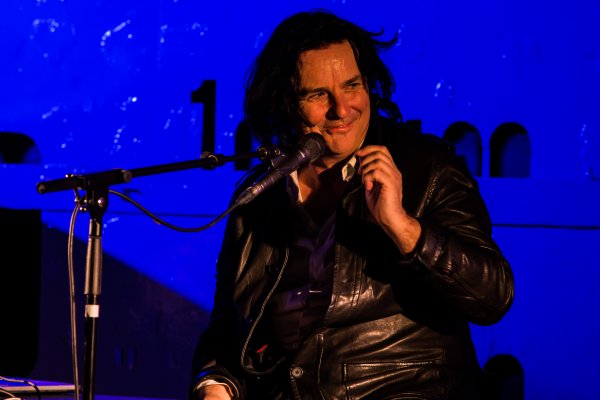 Hogarth chooses unusual but interesting selections, such as little played Marillion song Number One, and a delightful Split Enz cover, Message to my Girl, written by Neil Finn. Hogarth relaxes a little more as Map of the World rolls out of his piano, afterwards sharing his frustrations about writing the lyrics, eventually solved by the band sending him on a trip to Barbados. Therefore, it is probably appropriate that he follows that with the beautiful Fantastic Place! However, the edge of the evening returns with a driven version of Hard as Love, from Brave, that may just feature his voice and a keyboard but is packed with all the electricity and feeling of a full band performance. The most touching part of the show follows as Steve shares his sadness about the recent loss of John Wetton, and he dedicates an emotional version of George Harrison’s All Things Must Pass to the Asia and King Crimson man.

The versatility and spontaneity of Hogarth is exemplified as an audience member calls out ‘Al Stewart’, which provokes a laughing response from Steve that it’s not easy to do a song about the German invasion of Russia, but he then commences a mesmerising version of Roads to Moscow. This Al Stewart song is probably unfamiliar to most audience members, but it is one of the highlights of the evening and exemplifies h’s ability to cast his distinctive light on darker areas, even when it is on another artist’s repertoire. A further shout of ‘Kate Bush’ induces laughter from both Hogarth and the crowd, but he then launches into a remarkable if slightly flawed version of Cloudbusting, which perhaps more than any other song of the night showcases his outstanding vocal dexterity and skilful ability to adapt and improvise in tune with his audience. 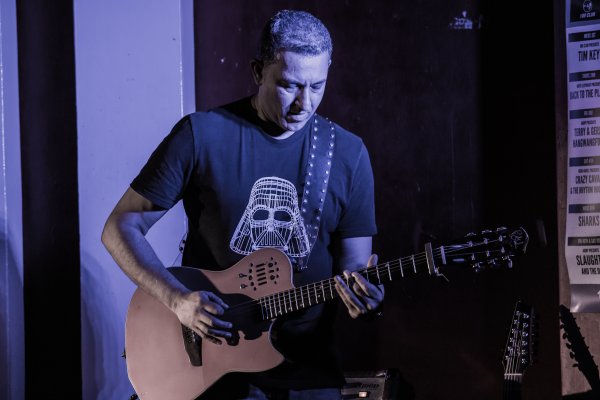 Living in FEAR is the only inclusion from Marillion’s recent remarkable and politically powerful album, but its atmosphere is perfect for Hogarth’s edgy persona and feelings this evening. It also allows the audience to participate vocally, underlining that whilst the spotlight is very much on the stage there is also a strong sense of community with the crowd fully behind him, willing Hogarth on to express himself ever more openly. It is probable that in sharing Hogarth’s deeply felt songs and emotional performance the audience can also cathartically ventilate their own thoughts and emotions.

The main set concludes to great acclaim with a partial reassembling of Hogarth’s ‘H-Band’ from nearly 20 years previously as Japan/Porcupine Tree keyboardist Richard Barbieri and Aziz Ibrahim, former live guitarist with The Stone Roses, join Steve alongside talented percussionist Dalbir Singh on Tablas. Cage and Really Like, two fine songs from Hogarth’s solo Ice Cream Genius album, are atmospherically played with sinister sensitivity and touch, leading some in the crowd to wish that this may indicate the beginnings of a full reunion of the H-Band. 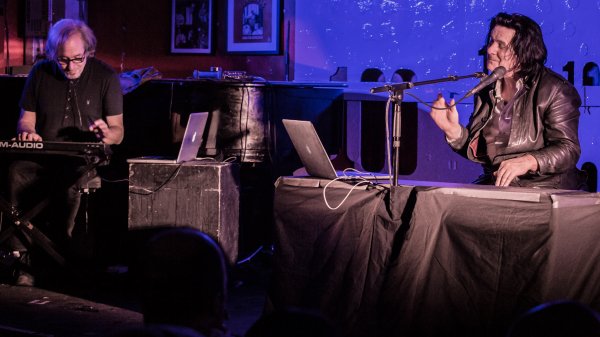 Hogarth returns for a rapturously received encore, highlighted with a beautifully fragile yet intensely powerful Afraid of Sunlight. This song encapsulates h’s whole performance as he teeters like some sort of vocal trapeze artist on a high wire of musical tension and emotional intensity, but never falls off in terms of vocal quality whilst avoiding sentimentality. Life on Mars, from another lost star, sees the return of Ibrahim with his resplendently lit pink guitar, and Hogarth’s perfectly judged performance releases the valve on the audience for this last iconic song, h leaving to a fantastic response.

Full of control and skill, with dashes of humour, he had the crowd in the palm of his hand all night. Have no ‘Fear’, Steve Hogarth showed exactly why he was chosen as Prog magazine’s ‘Man of 2016’ – the man is a marvel and a star, but more importantly he is undoubtedly a remarkable artist, resplendent with spontaneity and charisma, and quite clearly a purveyor of artistic truth and personal integrity in troubled times. Just a fabulous evening… 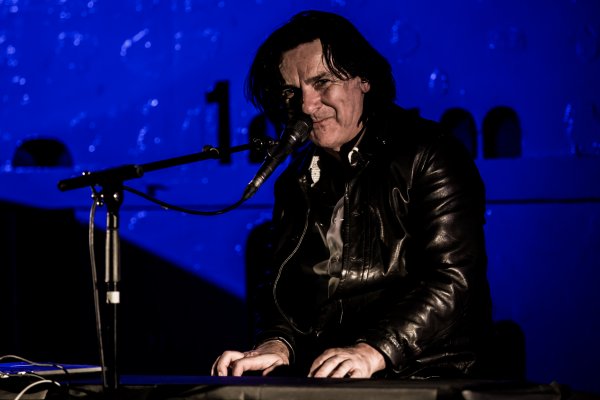 SETLIST
(All Songs by Steve Hogarth or Marillion unless otherwise stated)
Easter
Famous Blue Raincoat (Leonard Cohen)
Instant Karma (John Lennon)
Beyond You
Working Town (How We Live)
Message to My Girl (Split Enz)
Here Comes the Flood (Pete Gabriel)
Number One
Map of the World
Fantastic Place
Hard as Love
All Things Must Pass (George Harrison) [Tribute to John Wetton]
Roads to Moscow (Al Stewart)
Like a Rolling Stone (Bob Dylan)
Cloudbusting (Kate Bush)
Living in FEAR
Cage
Really Like
~ Encore:
No One Can
Afraid of Sunlight
Life on Mars (David Bowie)