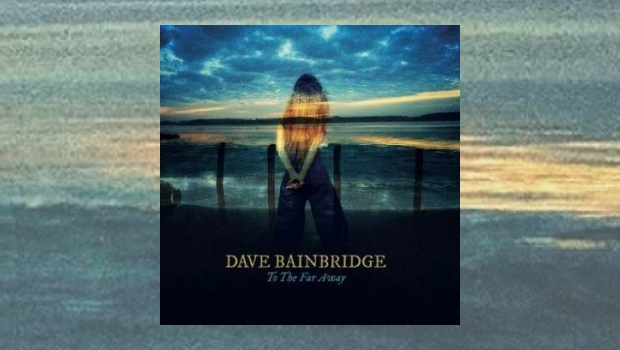 Dave Bainbridge – To The Far Away

To the Far Away is the fourth solo album by multi-instrumentalist Dave Bainbridge, co-founder of Iona and currently a touring and studio member of Lifesigns and Strawbs, amongst other projects and collaborations. It is undoubtedly his finest solo album to date and perfectly encapsulates his Celtic, progressive, rock, folk and classical music influences in a wonderfully vibrant, diverse and yet coherent release, making it one of the best progressive albums of the year.

I have followed Dave’s musical journey through many decades, from those early releases of Christian-tinged, Celtic progressive rock of Iona in the ’90s, through his guitar-driven solo output that followed with Veil of Gossamer (2004), Celestial Fire (2014) and The Remembering (2016), where his keyboard virtuosity was also showcased. His live collaboration with Sally Minnear in the band Celestial Fire has not only maintained the rich legacy of Iona, but added new, fresh compositions to his repertoire. His contributions to the recent releases by Lifesigns (Altitude) and Strawbs (Settlement) have made them sparkle and glisten – making him the ‘go-to’ guest musician for many other modern progressive rock bands.

The lockdown of 2020 was a difficult time for all musicians, and Dave experienced both the personal and professional uncertainties of that time, recalling that it was a bittersweet year for him: “The complete shutdown of venues left us without places to play and income, but also, paradoxically, gave us the time and space to write, record and bring to fruition projects we may not have otherwise got around to finishing.” His enforced separation from his American fiancée (now wife), Sharon, was a difficult one – but he was able to express, through music, the emotions and feelings he was experiencing during this time as he went on his daily runs and walks along the rural lanes around his home. In fact, the original title of the album was A Lincolnshire Country Lane.

The result is almost 72-minutes of immersive, expressive and emotional Celtic-tinged progressive rock over 13 multifaceted tracks, both instrumental and lyric-driven, which will take you away from daily concerns and pressures, for a short time at least.

The sound of the sea starts opening track Sea Gazer, along with ethereal harmonies, subtle keyboard themes and melodic, electric guitar, building almost Clannad-like as Celtic pipes and whistles are layered over the sound. Early Mike Oldfield soundscapes are conjured up here (and throughout the album) before the clear, angelic vocals of Sally Minnear are introduced mid-way, with those of Iain Hornal following on seamlessly. The wonderfully descriptive and atmospheric lyrics create a lovely magical showcase of the album as a whole.

Girl and the Magical Sky begins with Sally’s poetic spoken words, conjuring up images of a stroll along country lanes under a magical sky to an acoustic guitar accompaniment. Organ and swirling keyboards build on a driving drum and bass rhythm, ebbing and flowing with chanted vocals and folk whistles floating over it all. Piano adds poignancy to the lyrical content before some powerful progressive rock, especially a soaring electric guitar solo from Dave over slabs of organ, to conclude this mini-epic.

Rain and Sun is a charming instrumental, beginning acoustically before electric guitar takes over the baton. Strings, piano and pipes create an Ommadawn-like Oldfield musical soundscape which could easily have continued on from its modest duration. However, in many ways it is an aperitif to one of the highlights of the album, the Iona-like Clear Skies, whose plaintive pipes and percussion soon build to a truly powerful Celtic progressive sound. Piano and soft vocals calm proceedings before Frank van Essen’s driving drums accompany Dave’s electric guitar to the stratosphere and a full-blown rock conclusion, full of proggy keyboard noodlings. Wow!

“We are the music makers, and we are the dreamers of dreams”

The chanting vocal section certainly has a touch of Pink Floyd’s Dark Side of The Moon at times (especially Eclipse), but any such knowing nods are soon dispelled with a heady amalgam of pastoral prog, powerful rock and symphonic classical influences. Iain’s vocals combine well with Sally’s on the choruses and an uplifting Roine Stolt-like guitar over the expressive rhythm section soon get the goosebumps appearing by the end.

Cathedral Thinkers starts and ends with some beautiful piano playing, but keyboards and then electric guitar make the music rise to the galleries – acting as a prelude for To Gain the Ocean. Iain’s flowing vocals over piano work well, and when lush instrumentation and Sally’s harmonies join in, the yearning spirit of Iona’s classic Beachy Head is conjured up for me.

As Night Falls is a short but atmospheric instrumental, with resonating guitar sailing over a sea of lush sounds, before the violin, accompanied by the other string instruments, begin the beautifully contemplative Infinitude (Region of the Stars). The spirit of Vaughan Williams and The Lark Ascending is strong here, and Sally’s dreamy tones complement the symphonic soundscape wonderfully.

To the Far Away returns us a joyous slab of driving progressive rock, with a paced, jig-like character at times and the Celtic folk influence throughout. Dave continues to supply some delicious guitar soloing as the instrumentation once again builds up the tempo through to the fade-out. The sound of birds and Troy Donockley’s uilleann pipes recall Iona’s Flight of the Wild Goose initially on Speed Your Journey, before Sally’s vocals join the instrumental fray. Frank’s inventive and expressive drumming and Jon Poole’s melodic bass runs are once again a joy to listen to on this album.

Fells Point is a short, but pleasing, jig-like instrumental with the guitar soloing as inventive as ever, and the enjoyment the musicians had playing on it is clear for the listener to hear (it definitely had my toes tapping away). The final song, Something Astonishing, begins with chiming Steve Hackett-like acoustic guitar, but then develops into a vibrant guitar solo over a rich keyboard background, with choir-like accompaniment before the sound of the sea and Sally’s soft vocals take us full circle back to the start. It’s an optimistic and satisfying end to a very pleasurable listening experience.

Dave Bainbridge and friends have conjured up a magical album full of progressive rock majesty and Celtic folk influences with power, delicacy and warmth throughout. Despite its difficult gestation period during the dark days of the pandemic, Dave has produced his best solo album ever and it deserves as wide an audience as possible. The two disc release has bonus demos and alternative versions that provide an interesting insight into the creative process. The album artwork is beautiful, and if you stretch to the deluxe edition, a hardback photographic book and postcards are your reward.

I said many years ago that Dave Bainbridge remains the best thing to come out of my hometown of Darlington since Locomotion No.1. Hopefully progressive rock fans less familiar with his solo work will soon discover it with To the Far Away. Highly recommended! 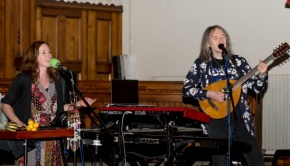