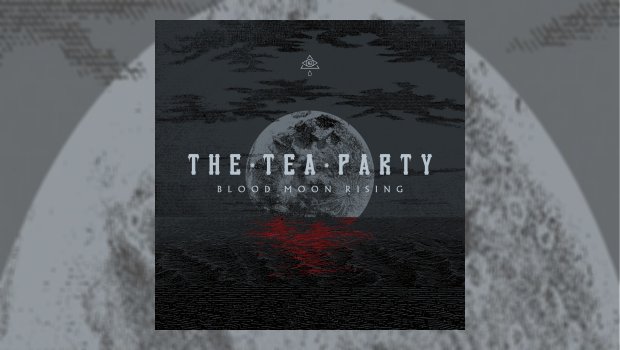 A small disclaimer: I have been a huge fan of The Tea Party since hearing The River from their major label debut, Splendor Solis. That great album was followed by the even greater The Edges of Twilight, which remains a huge highlight of their discography, and the favourite of many of their fans. I loved the Alhambra EP, and I remember being somewhat dismayed and disappointed when I heard the lead single for the following album, Transmission, which heralded quite a change in their sound. I bought the album anyway, though with not much expectation of enjoying it anywhere near as much as that which had come before. But as soon as I let go of the idea that it needed to sound like the previous albums, I realised how much I loved Transmission, and it is probably in my top three Tea Party releases.

The band continued to experiment with their sound over subsequent releases, and as disappointed and dismayed as I had been with Transmission, the band themselves seemed to feel similarly about Seven Circles. The Tea Party went on hiatus, and while the Captain, Jeff Martin, released several interesting and enjoyable albums under various monikers, and Jeff Burrows was part of the supergroup Crash Karma, there was a great deal of interest when The Tea Party reformed. Their reformation album, The Ocean at the End, was released a full ten years after the last, and while it was a good album, it felt slightly tentative to me, and a little less cohesive, a little more disjointed than I would expect. There was swagger, but they didn’t seem to have the assurance and confidence I expect from The Tea Party. But if there were any doubts, Blood Moon Rising assuages them from the opening number. The Tea Party are definitely back, and this latest “album” is, in my opinion, one of their best, even if there are no great epics and the songs are all around the radio friendly three to four-minute mark.

So why the inverted commas around album? Well, simply because a great portion of this album was originally released as The Black River EP in 2019 (with the eponymous lead single having been released the year before). The Black River never had a European release, however, so while North American fans get to enjoy a new EP, Sunshower, this year, European fans get the two EPs (from 2019 and 2021) bundled together as an album. So while it may all seem new to some, there will be others (like me) for whom half the album is already quite familiar. I have to admit, I had a great deal of apprehension upon hearing how the two EPs were to be packaged together. As much as I loved The Black River, the last thing I wanted was another album like The Ocean at the End that was full of great songs but which (for me) just didn’t hang together. Could the two EPs really make a convincing and cohesive album? The answer is a surprising and resounding affirmative. The track order mixes the tracks of the two EPs together, rather than running one after the other, which just goes to show how well they do mesh. Honestly, if you were unaware that the tracks came from two different releases, I think you’d be very unlikely to notice, and incredibly hard pushed to say which tracks came from which.

The album begins with the eponymous lead single from The Black River EP, and it’s an absolute belter. You really couldn’t ask for a better track to announce that The Tea Party is back on top form. Even having been familiar with this track for a good three years now, it’s still a truly impressive and anthemic song. While there’s no denying that a lot of the attraction for this song is how it harks back to those first couple of major label albums, it is a contemporary take on that sound, so it’s not purely nostalgia that gives so much enjoyment. But three paragraphs in, and if you’re not familiar with The Tea Party, I’ve not really given any indication of how they sound. So, in a nutshell, even though it can vary between albums, The Tea Party provide a progressive and eclectic mix of folk, blues and rock that beautifully blends influences and instrumentation from both Western and Eastern traditions. Some albums are more acoustically based, and others more industrial and electronic. The music that makes up Blood Moon Rising is more acoustic. The term “Moroccan Roll” was used early on by the media to describe their music, and while it’s not a term I particularly agree with, nor think is particularly accurate, I guess it denotes the east/west collision of their music. Throughout their career, they’ve been compared to Led Zeppelin (the resemblance to whom I’ve never heard) and The Doors (who I do hear at times, but not often enough for me to compare the bands). In truth, I think they have a sound that is quite unique, and which people find hard to describe, or find adequate comparisons to other bands.

The album continues with the second single from The Black River, which is presented not only in studio form, but later on as a bonus live version. The east/west dichotomy of The Tea Party is stronger in this song than the opening number, and it’s another upbeat track. The tempo and mood follows with the following track, being the title track to this year’s Sunshower EP. But, as aforementioned, the flow from one EP to the other is seamless, and there is no sense that these tracks come from different releases. This is no doubt helped by the fact that Sunshower shares the same sense of the style of Splendor Solis and The Edges of Twilight. This seems a good time to point out that while the tracks from The Black River EP are presented in the order they originally appeared, the tracks from Sunshower that are interspersed do not appear in the same order as they do on the EP itself. This shows the care and consideration that has been taken in the sequencing, to ensure that this release flows as well as it does. While I originally thought that European fans had been hard done by, when The Black River had no release here, I now feel that we are now luckier than those from over the Atlantic as the two EPs sound so much better together than they do apart. That I’m aware of North American fans willing to pay heavy import and shipping fees to buy the European release shows that we did perhaps get the better deal, even if we had to wait.

Back to the album, and if the first three tracks were reminiscent of the first two major label albums, then the next four are reminiscent of the following two; So Careless and Hole in My Heart the explosive side of Transmission, Our Love and Shelter the introspection of Triptych. Shelter is easily one of my favourite songs from Blood Moon Rising, with its slow but intense vibe.

Incidentally, So Careless and Shelter come from The Black River, and Hole in My Heart and Our Love from Sunshower, but again sound as if they were all recorded at the same time, in the same sessions. And if Shelter (from The Black River) provides one of my favourite moments on Blood Moon Rising then Summertime (from Sunshower) provides the other. Summertime was chosen as the lead single from Sunshower and it works as well as The Black River did, with anthemic earworm qualities that will keep the tune in your head long after you’ve stopped listening to it. Summertime opens the Sunshower EP, and you couldn’t ask for a more impressive opening salvo, but it would have been completely out of place on Blood Moon Rising had it been the first track from the Sunshower EP. Again, I have to compliment the sequencing of this album.

One of my favourite songs is now followed by one of my least favourites – the cover of Led Zeppelin’s Out on the Tiles. It’s not that it’s not a good cover, because it is (I’m yet to hear The Tea Party make a bad cover version). I even love the slightly chaotic nature, which is looser than anything The Tea Party has done, surely a homage to the sometimes chaotic and loose playing of Led Zep. This is the one track that doesn’t quite fit the album for me (as it didn’t quite fit the EP either), and I admit I sometime skip it. But you can’t love everything, right? The Beautiful, on the other hand, is the one song on Blood Moon Rising that is reminiscent of the often (unfairly) derided Seven Circles, and it’s as beautiful as its title suggests. I love it! The final track of Sunshower is followed by the final track from The Black River, the delicate and gentle Blood Moon Rising (Wattsy’s Song). But that’s not the nod of this album, as there are three bonus tracks: covers of Joy Division’s Isolation, Morrissey’s Everyday Is Like Sunday, and a live version of Way Way Down. I’m not generally a fan of bonus tracks, but I love all three of these.

Blood Moon Rising has really impressed me. Not only does it never sound like its patchwork nature, but it is probably in my top five favourite The Tea Party albums. That’s not something I ever expected from the band this far through their career.