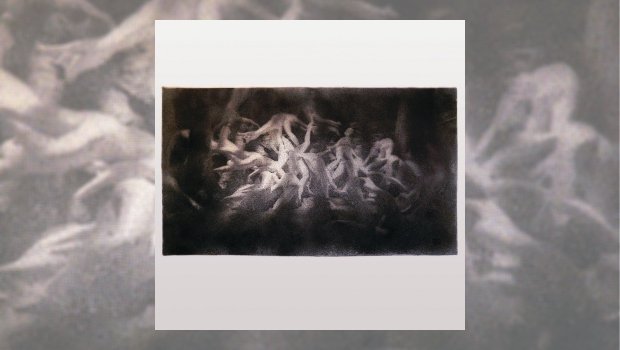 Another week, another rather tasty musical offering emanating from Norway. This week it’s the turn of Delvoid, from Oslo, and they seem intent on pummelling us into submission with this their third album, entitled Swarmlife. The pummelling refers to their massive riffs and crushingly heavy moments, and those are never far away, but to be fair, this is finely balanced with some more delicate and melodic passages which act as both relief and contrast by turns. Lead singer Alex Delver sounds like a rather angry young man at times, providing blood vessel bursting moments of impassioned rage, yet again will contrast this with gently melodic verses. The effect is one of constant anticipation of the next mood swing, and this holds the attention well. Similarly the band chop between delicacy and tasteful, almost jazzy segments, and visceral heavy riffing which is thrillingly full-blooded. Their Bandcamp page claims that they occupy similar territory to Tool and Sigur Rós, but adding their own psychedelia and minimalism to the mix. I think that’s a pretty fair description, although I find them much more impassioned than Tool, to be honest. Their songs take a little time to develop and build momentum, but that time investment in listening is well worth it, and overall this collection of songs has a rhythm which is satisfying.

Opening song Techtree sums up their sound very well, alternating quiet passages with the skull crushing riffing. They have clearly mastered the tension building/release technique and use it throughout to great effect. The sound is massive, as it needs to be for a band like this, with guitars, bass and drums all meshing together into a huge wall of sound, but with each component clearly identifiable in its own space. Urras follows, and Delver is in Mike Patton mode, angry and in no mood not to be heard. Having crushed us in the opening minutes with salvoes of heaviness, bassist Magnus Andersen plays a delicious jazz run, which is picked up by drummer Espen Granseth who shows some deft touches. Things soon get heavier again, with interjecting chords and a degree of prog complexity, and some great lead guitar from Erik Halbakken. I have to say that the more I play this album, the more I’m warming to Delvoid.

Out of Labour is quite Tool-like, with throbbing insistent bass, delicate guitar jangles, then bludgeoning riffing. The instrumental mid-section slowly but masterfully builds the nervous tension, leading to the release with primal guitar rifferama and tribal drumming. Third Body is another track with great hooks, and a memorable refrain of “Turn the light off and listen”, which is utterly compelling. I get the same adrenalin rush is I did when I first heard heavy rock all those years ago, so Delvoid must be doing something right. These opening tracks set the template for the whole album, and quite honestly there isn’t a dull track on it. Even the lengthy closing piece The Master’s House holds the attention throughout its 13-minutes, despite the minimalist Gothic atmospherics which dominate much of it. It ends the album on a haunting note, and the temptation is to simply play the whole thing again.

On the strength of this release, Delvoid prove that they have much to offer to fans at the heavier end of the prog spectrum, or just heavy rock generally, so if that sounds like you, I’d heartily recommend giving them a listen.