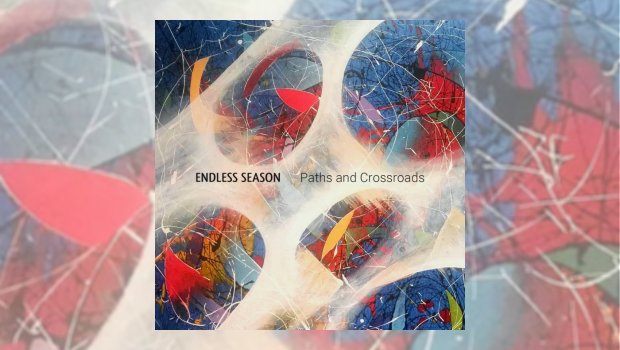 There’s a certain stigma attached to prog rock, isn’t there? When you tell a new person that you’re into prog – and by some chance they happen to know what it even is – there’s a common assumption of “Well, you’re a weirdo!”. If you even try to suggest a song for the party playlist, you will be shot down before you can even utter the artist’s name. Yes, it seems there’s a low tolerance amongst the general public for prog and seemingly few points of entry for the uninitiated. Enter Endless Season.

This instrumental Italian group formed in 2014 and describe themselves as jazz/rock-fusion, which honestly seems like quite a bland description considering how lively their music is. They go a little further with their description of Paths and Crossroads, saying that they include influences “from funk to progressive, up to post-rock and soundtrack music”. Somehow, the Venetian lads have managed to combine all of these genres, strip away any hint of angularity and provide a very smooth jazz/rock experience that only the most uptight individual at your party would complain about. Why did you invite him anyway?

The album starts boldly with No Excuses, a track with strong musical hooks and tasteful performances by all the group. Especially impressive and essential to the success of the band is drummer Andrea Cecchetto whose liquid rhythms keep the music effervescent. The band’s sound, whilst borrowing retro elements such as proggy keyboards, nevertheless remains modern and Luca Ardini’s clean sax sound is the cherry on top.

Sophomore track Paradox shows the band are no one-trick pony with multiple aces up their sleeves. The group delve into quite a plethora of sounds, including something quite prog-metal sounding, whilst retaining a light and fun atmosphere.

Up next is my favourite track of the album, 47. Regular prog listeners will be able to figure out the meaning of this title with ease as it is in 7/4 time, the band bringing their bubbly touch to this odd metre and showing how to keep it fun and accessible. Just as the band seem to draw this song to what feels like a natural close in the fourth minute, Cecchetto launches into a pyrotechnic drum solo, amazingly keeping in 7/4 before the song is launched into a new quieter direction. Quite unlike many jazz-fusion outfits, Endless Season never stay on one theme too long, preferring to switch it up to keep the music interesting.

Moonlight Promenade is the album’s shortest and quietest track, relying mostly on the acoustic guitar and piano, although the rest of the band get involved to bring the song to a climactic finish. Do You Wanna Play With Me? is something of a showcase for the band’s talents, featuring guitar and sax solos whilst building on a simple theme. Squaring the Circle is another highlight, featuring a high tempo and contrasting loud and quiet parts. In a hilarious finale, the band even utilise the sound of a shotgun going off as part of a fill in the music.

But just as we think we’ve come to understand this light-hearted, energetic group, the album takes a sombre and frankly undesired turn in the final quarter. With two tracks to go, Endless Season ceases supplying the fun jazz-fusion and takes us on a more melancholic journey with the post-rock Exhalations that consists of some guitar noodling over airy keyboards. This leads straight into Deep Surface which re-introduces the drums and sax, but compared to the rest of the album, it feels like a funeral dirge. After six minutes, the music cuts out and we wait for a few seconds. Rather than having this as a separate track, the band decided to append Outro: Remembering to Deep Surface. This isn’t a return to jazz fusion either, a simple beat plays underneath some bass and guitar picking for a confusing epitaph. What was it that King Crimson said again?

So there you have it, six excellent slices of delightful fusion followed by a disappointing finale. I cannot think what made Endless Season decide to turn away from the promising style they so eagerly showcased in the first three-quarters of the album. You shouldn’t let the bad ending dissuade you from the charms of the rest of the album, however, because this is some of the most accessible fusion music I’ve heard that is still satisfyingly complex in its execution. If you suggest this for the playlist at your next gathering, no one can dismiss it as ‘ghastly prog music’; there are no excuses.