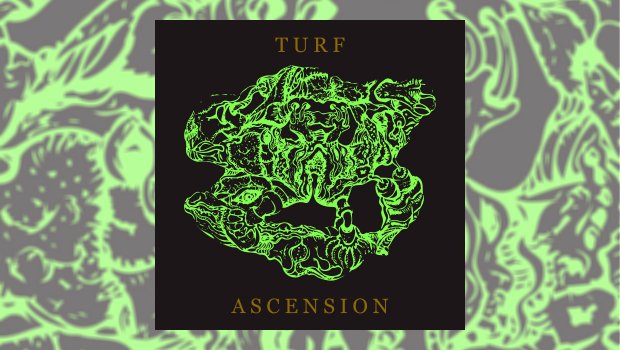 Received wisdom would have it that Bubblemath take aeons to release new music. Absolutely ages. The faithful left awaiting new crumbs of musical comfort from their Minnesotan heroes after the release of the band’s debut album, Such Fine Particles of the Universe, in 2001 had to wait a full sixteen years for the next transmission. But what a transmission it was; Edit Peptide was my favourite album of 2017, and remains so, its intricate prog-math sound still getting under my skin to force a break out of off-kilter and jerky movements, to the point where the uninformed might think I need an ambulance.

Bubblemath’s music hits all the right receptors in my noggin, and the news that a new album was due for release ONLY FIVE YEARS after Edit Peptide brought whoops of joy in our house. Well, from me at least; my better half started twitching at the thought of having to listen to more of this convoluted madness: it’s safe to say, it’s not her thing. You have to invest yourself a bit into Bubblemath and let it all just happen to you. Go with the flow, allow it to work its magic without expectation. Give the alchemic musical interactions the space they need to do their peculiar synapse altering thing in peace. Once in, this stuff is bloody compelling.

There’s so much to take in from Turf Ascension‘s four lengthy tracks, three around the 10-minute mark, with opener Surface Tension running to almost 18-minutes. All of the band’s hallmarks are in place with the dextrous arrangements supporting the wide-eyed vocals of Jonathan G. Smith in a swirling stew of the largely unexpected. No wonder it takes them years to put this stuff together, the often dense passages exploding in all directions before resolving into memorable hooks and lead parts. It’s a stunning achievement, a fascinating and fully satisfying listening experience, hugely entertaining whilst keeping the brain agile.

From the off, with a keyboard rush into an enticing chord sequence as the pace increases, Surface Tension is engrossing. Jazzy piano asides move into thumping sections and soloing guitars, all the while Smith’s forceful voice dextrously delivers Kai Esbensen’s dense words (about a school becoming an access point to a secret underground complex that aims to ensure the survival of humanity as a catastrophic war unfolds above) with aplomb. Mood shifts and angularity combine to give a driving momentum, the whole band contributing fully to the symphonic math swirl. A chiming lyrical section emerges from the intense verses and Jonathan G. Smith’s keening guitar (with support from Blake Albinson) offers hope as the subterranean population await the moment when they can emerge and start again. It easily sustains its length and crams ingenuity into every pore.

Everything eases the intensity a little, its melancholic setting around electric piano driving clever lyrical focal points concerning the complexities of modern life, where misinformation and obfuscation make everything even more confusing. It’s all crisply delivered, with James Flagg’s beautifully understated drumming particularly worthy of praise.

The scene of a decaying apple tree springing back to life each year is beautifully set as a metaphor for life in Decrypted, the pace picking up a couple of minutes in with a distinctly King Crimson vibe, which moves on in a mathy direction with slide-rule interplay between the instruments, repeating patterns evolving and reinventing. The frenetic forms ebb away and the low-key conclusion sees the tree fall back into slumber.

Refuse exudes power from the off, a jazz-fusion thread running through it. The lyric is again fascinating, utilising a similar style to Everything as power corrupts, militarisation increasing at every turn, driven by insinuated fear. The intensity ramps up into a frenetic instrumental call and response, Jay Burritt’s bass leading the way out as the pace increases, Esbensen’s keys joining the fray in a rampaging torrent of riffs. It’s quite something, the abrupt stop at the end suggesting a poor outcome for everyone.

Expertly mixed by Blake Albinson, Turf Ascension is exhilaratingly high-energy for most of its length, but it never gets wearing as the dexterity, both in the instrumentation and the delightfully delivered lyrics (Smith doing a fantastic job throughout), keeps the mind racing along with the music. The vocal lines and melodies are often unorthodox but they sit within the intricate musicianship like a particularly satisfying pearl in a beautiful oyster.

Bubblemath are on a roll now and the thought of more new sounds from this most engagingly obtuse band before the end of the decade can no longer be ruled out as the deranged ramblings of a loon. 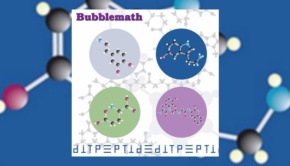