How do you compare and rank albums as diverse as those released into the ‘Prog Zone’ in the last decade?

It’s a tricky challenge that requires the use of generalisations, but also specific factoring. In this case, having assembled a list of maybe 50 possible contenders, the final ten were teased out based on such factors as how often I’ve returned to them over the years, or how warm the feeling I get inside is when I think about them – and how much I want to hear them again.

There is also a factor of favouring the underdog, although that is not meant to detract from the bigger players in the genre, as there has been much great work produced from all levels. However, as a key element of what TPA is for me, I have found myself looking to albums that might easily have been missed in the hope that just a few people might (re)discover them.

These are releases that might have been out for a number of years now and might be seldom mentioned in ‘best of’ discussions. This is a list, it isn’t really meant to be a ranking as it would probably change on a regular basis. On viewing the final entries, I am happy with their inclusion, I have played them all again during the process of compiling and they are all worthy. Please give the ones you might not be familiar with a listen, they have stood me in good stead and given me a lot of pleasure over the last bunch of years. Many others could also be included but missed out this time, that does not detract from the wealth of worthy music available to us hungry audionauts – go, seek and enjoy.

It’s worth noting that most of this selection emerged in the first half of the decade, probably as they’ve had longer to bed in and become essential, to me at least. 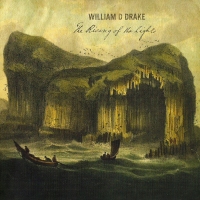 Bill Drake’s albums are always a delight, deliciously eccentric and very English, his delicate vignettes spiced to perfection, and for me, this is the perfect feast, a beautiful and largely acoustic album of the wonderfully unexpected that makes me smile each and every time. It takes Cardiacs as a starting point but is much gentler, the pointier edges filed down to a sophisticated jab rather than a blood-curdling stab.

It’s as mad as a bucket of badgers and all the better for it, wilfully obtuse with a cheery wave and a glint in its eye, led by Bill’s formidable piano talents. Just wonderful, and long may Mr Drake continue to plough his idiosyncratic furrows of magic.

This one was a long time coming – nearly 20 years, but it was more than worth it. Less angular than previously perhaps, Änglagård’s still latest album is a delightful amalgamation of prog and Swedish folk, atmospheric Gothicism emerging from a dark and forested realm of (were)wolves and intense cold. The bass is stunningly front and centre, the set pieces work like a dream and the intricate backing can keep you occupied for hours. The mix of band with woodwind, brass and strings is arranged with care and thought, Anna Holmgren’s flute and sax additions wistfully filling the spaces, like mist through the trees. It’s beautiful, intense, different and well worthy of repeated attention. Their live visit to the U.K. in 2015 was as wonderful as it was unexpected – more please! 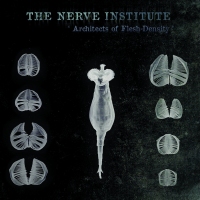 An enigmatic album from an enigmatic artist, Mike S. Judge, who does his own thing as and when he wants with little consideration of how – or indeed whether – it will be received. Recorded completely solo, this is an engaging and diverse album that shows what can be achieved if you have the chops and the vision. It’s intricate and fiercely experimental whilst retaining a pleasing accessibility, taking in jazz, world music, Zappa-like stylings, and much more besides. It’s a great ‘lost’ record that I still enjoy hugely, hence its inclusion here. The interview I did with Mike a few years ago is worth a read too. Judge may have released more music since under a different name, I honestly don’t know, but he seems to be too busy prolifically writing novels at the moment.

This album has lived with me for a long time and I still love it, so it’s a good fit and worthy of inclusion here. A band from Chile that emerged from another wonderful band, the unfeasibly named La Desooorden (yes, that is how it’s spelt). Led by drummer Rodrigo González Mera, they regrouped with a female singer and metal-edged guitarist to produce this great debut. Sung entirely in Spanish, it takes influences from jazz, metal, traditional South American music and their local environment to produce an engaging album of contrasts. There is so much to enjoy here. Ostensibly a rock/fusion band, it’s the contrast of the delicate passages, often underlined with violin or trumpet, with the power trio rock outs that make this work, an eclectic mix built around dextrous percussion and brimming with enthusiasm. There’s plenty of room for the instrumental workouts with singer Eliana Valenzuela carrying the songs.

Kaipa’s career has been a game of two halves, but that 20-year rub down and slice of orange in the middle did them no harm at all as the “reformation” albums under the direction of keyboardist Hans Lundin (initially with fellow member of the original band Roine Stolt) have provided some massive highpoints, not least this album from 2014, their last-but-one to date. It’s big, fun, happy, odd, wildly over the top at times and intricately dextrous; if it just came in a sleeve marked ‘PROG’ in massive Day-Glo letters, it would be a good fit, but there’s subtlety in the intertwining of prog with Scandinavian folk influences.

This post-Stolt release features the jaw-dropping guitar of Per Nilsson, more familiar from the metallic environs of Scar Symetry and Meshuggah, showing just what he can do and adding supreme heft alongside the dream team rhythm section of Jonas Reingold and Morgan Ågren. A fantastic listen and a prime example of why Sweden’s musical output continues to be a thing to treasure. 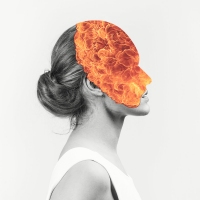 Iceland’s top musical export at the moment? Well, I don’t know, but they’re bloody good, this album coming out of nowhere for me with a deft amalgam of djenty metal, the engagingly wonderful vocals of Arnór Dan Arnarson, organic piano, long nights and austere volcanic vistas. It paved a path for bands like Leprous and what they have achieved over their last two releases, having been in turn influenced by Leprous.

This is a brilliant listen that aims for accessibility and hits it square on, without diminishing the unique sound. Happily, their third album seems to be underway, and I’m very much looking forward to hearing it. 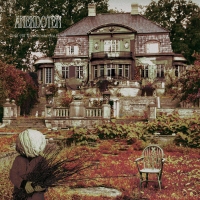 The band I want to see playing live more than any other at the moment – and this has been the case for MANY years now (come on Guys!). Their latest album didn’t disappoint in the slightest and continues to be a regular visitor to my virtual turntable. It distils all of the previous elements of Anekdoten, after an 8-year layoff from their previous album. It’s big and bold yet soft and delicate, a beautifully arranged whole, each song taking the album in a new and completely satisfying direction.

It’s a beautiful listen from a band at the peak of their powers that should be massive. Now, about that elusive U.K. performance…

Class, pure and simple. Echolyn have changed tack somewhat on their albums from the last decade, calmed down and become less frenetic, this, their latest being an exercise in how to write ‘songs’ in a progressive vein. And what songs they are, delicate, beautiful, rich and insightful with integrity and emotion dripping from every note.

There’s a unity to Echolyn records that is palpable, a warmth that seeps through in the intimate arrangements and spot-on playing. Hopefully, another will arrive to delight us soon.

Whoa, what the hell is going on here?! A veritable storm of velvety math-rock violence that throws your brain sideways, but with accessible little hooks all over the place. God knows how they learn how to play this or figure out where they are while they’re doing it, but the results are awesome, just remember to strap yourself in. If you want numbers to tap your toes to, be warned that you’re more than likely to dislocate something trying it here. I find it a compulsive and energy giving listen, difficult but with definite purpose, drawing the listener in. The frenetic bits move on into delicate flute melodies or some such, oases of calm before the next outburst of Tourettes-like oddness. It’s a brilliant album of joyfulness that more people should hear. As I said in my review, “the musical equivalent of releasing two dozen squirrels onto a frozen lake”. 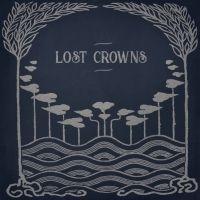 A new album, released in the last year! And a fantastic thing it is too. Coming out of the Cardiacs orbit from similar territory as the William Drake album above, Richard Larcombe’s project is woozily atmospheric, dauntingly stretching the expected into a new shape, built on unorthodox melodies and choruses to make for a decidedly odd listen, until you find your sea legs. The secret is to persevere – it’s more than worth it, the unusual taking on a semblance of – dare I say it – normality as your brain reconfigures to the seriously strange goings on. There’s an epic feel to much of it, like being shaken up in the world’s biggest snow globe.

I love this album, 2020 is going to be largely about getting to see Lost Crowns do it all live.

Some of the ones that got away, this time, give them a listen too…