Hot on the heels of his most successful solo tour ever, Seconds Out + More, Steve Hackett has announced his Foxtrot at Fifty + Hackett Highlights tour for 2022. The tour will mark the 50th anniversary of the legendary Genesis album Foxtrot which, in 1972, was pivotal in establishing the band as a major force in British rock. TPA’s Geoff Ford spoke to Steve, on his return from the European leg of his recent tour, about the success of the tour and his memories of recording Foxtrot. 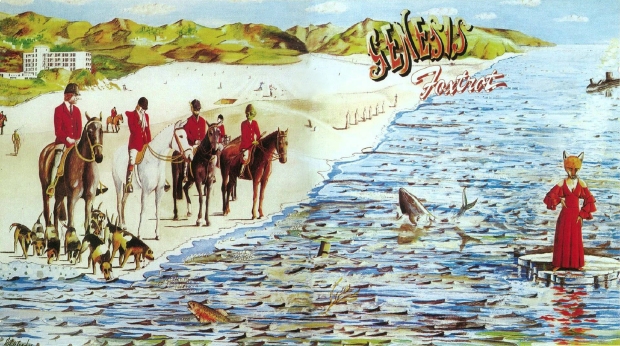 “We got back just yesterday,” Steve told me. “We did a bit in four Scandinavian countries and came back for a few days, here. Then we did Monaco and Paris, just come back from there.

Paris was, of course, where Genesis recorded much of the original Seconds Out live album back in 1977. “That’s right, we’d recently recorded there, in Paris. It’s fitting that we were back there doing it in Paris, that same show which is, basically, classic! With the British dates that we completed we did 40 shows this year and they have been very good.

“We managed to complete all the dates. We had a tour bubble and everybody was very careful, so we’ve got away without any infections, so far. It’s difficult to be a touring musician, in the full sense of the word, at the moment but I get the feeling that we’ve been doing quite a bit of ducking and diving.”

Steve had joined Genesis in 1971, making his band debut on the Nursery Cryme album which enjoyed a greater commercial success in Europe than the UK. After extensive touring, the band were encouraged, by audience reactions, to further experiment with ever longer compositions and develop their ability to incorporate strong narratives. This, in turn, allowed frontman Peter Gabriel more opportunity to indulge in the theatrics which helped to raise the band’s profile. 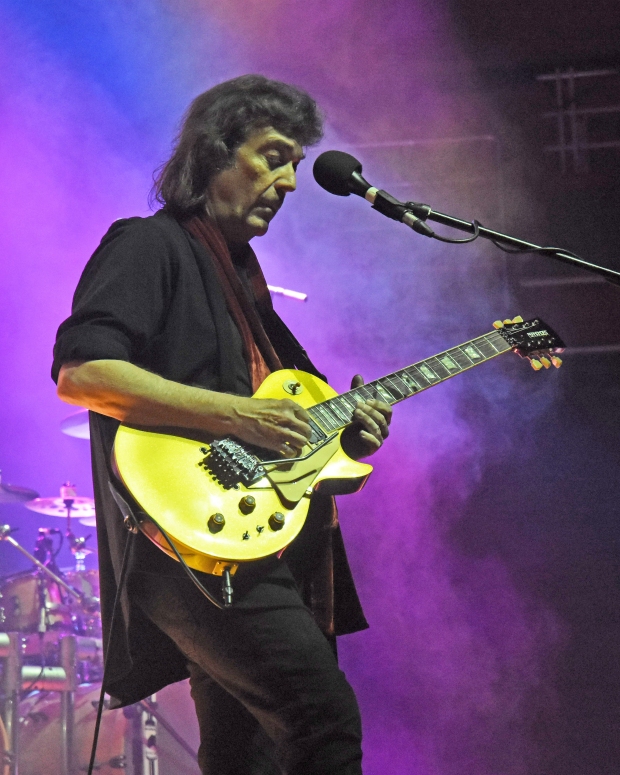 “50 years of Foxtrot! I think Foxtrot was a terrific achievement for Genesis at that time,” Steve said. “I think there is not one weak track on the album, they all have their strong points and I’m really looking forward to doing the whole album live, in its entirety, plus there’ll be some extra Genesis surprises and solo favourites.”

The album was recorded at the same time that Genesis was touring the Nursery Cryme album; a very busy time, says Steve. “We were touring in Italy and the album wasn’t quite finished. We were gigging a lot in those days and, in order to finish that album off, I still had some guitar overdubs to do. I flew back whilst the others came back via road, because I needed to put the finishing touches to the album. I think it came out really strongly.”

Foxtrot was critically acclaimed and became the first Genesis album to make the UK album charts. The first track, the sci-fi influenced Watcher of the Skies, became a fan favourite and perennial live set opener. “There aren’t too many songs based on science fiction but Watcher of the Skies was, indeed, initially based on Arthur C Clarke’s story Childhood’s End. ‘The Watcher’ was a character that was borrowed from that.”

The opening chords to Watcher in some ways defined the band’s distinctive sound as they made their breakthrough.

“When you’re using certain tools, the Mellotron colours, of Mellotron violins, Mellotron brass and Mellotron flutes, which were the favourites at that time, they’re very characterful sounds. They characterised the music that followed, and today I sometimes use those colours in addition to other sounds as well. By the time you’ve finished doing that the thing comes out somewhere between big-band and orchestral, there’s an aspect of that. Mellotron brass is a brutal sound! It’s a big band playing every note and it’s recorded very hard and you get distortion with that, which is why it’s the more aggressive side of progressive stuff.

“Watcher of the Skies’ best suit was, I feel, as a live number. It would sound mighty live, because it had the wide dynamics that are harder on record. There have been many recorded versions of it and I’ve tried to preserve that as much as possible, so I’m looking forward to that coming out of the box again, a very strong introduction.” 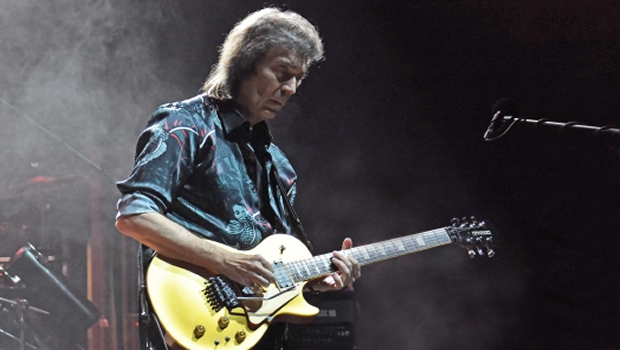 Much of Steve’s guitar contribution to Genesis’ work was to provide continuity links in some of the longer pieces.

“At times I would come up with something and other people would come up with ideas that I would interpret on guitar. It very often goes down to solo guitar, acoustic, 12-string or electric, a number of guitar textures. Guitar-based tunes for Genesis weren’t always obviously guitar-based tunes. I like to think that, by the time you’ve got three people chiming away on 12-strings, or something that sounds like 12-strings, it starts to sound a little bit like keyboard – or a cross between a harp and a harpsichord orchestra. Sometimes we put a 12-string through a Leslie cabinet or two and on Timetable I had guitar going through two Leslie cabinets, a lovely chime-y sound that worked well with piano, so those tone colours that were rich and sympathetic to each other are part and parcel of what characterised the early band’s sound.”

Get ‘Em Out By Friday was a cutting slice of social comment about concrete tower blocks replacing aging slums, driven not by concern for communities but by the greed of developers, while Hackett was the lead writer of Can-Utility and the Coastliners, featuring some particularly strong musical ideas.

“There’s lots of forgotten gems in there, lots of little bits that really sound terrific, fantastic bits of instrumental and wonderful vignettes by Pete, there’s a lot to be proud of. I’m really looking forward to doing it next year. I have played, in recent years, Get ‘Em Out By Friday and Can-Utility and the Coastliners and they both went down very well.”

Steve also contributed his classically-inspired solo piece Horizons. “The original version was a rough mix but there was something about it. A rough monitor mix can have things that something more considered won’t necessarily possess. I liked the sound of the rough mix, so we went with that. I’ve played lots of versions of Horizons since and many’s the time I’ve thought it’s probably best on a nylon guitar, rather than a steel guitar, because it’s got lots of classical sensibility. But, it worked on a steel when I did Genesis Revisited II and gave it pretty much the same sound as the original, probably just a bit cleaner.” 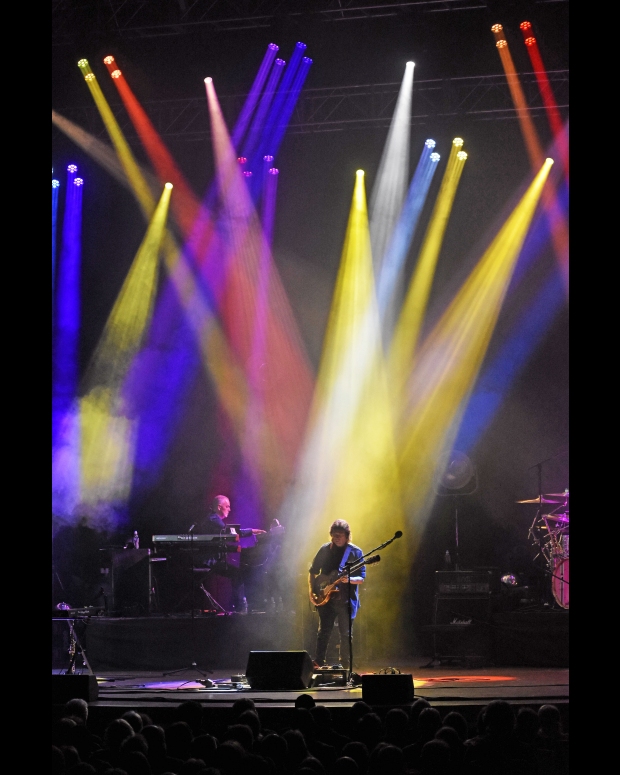 The album’s highlight was the 23-minute epic Supper’s Ready which remains a concert favourite and featured on Hackett’s recent Second’s Out tour.

“Supper’s Ready was a sojourn, an odyssey and something that goes down very, very well with audiences now,” Steve notes. “As part of Second’s Out I’ve been playing the whole of that again, it really has stood the test of time.

“Genesis were a young, struggling band at that time. By the time we were doing Foxtrot, the band was becoming more ambitious. We acquired a light show and Peter, as a frontman, was starting to enact more of the narratives, borrowing from all sorts of things, from social comment to pantomime to science fiction.

“Foxtrot is a must for fans of the early Genesis work. It’s difficult when looking back to the mindset of those days but it was extremely broad based and I think it showed the breadth of the band, the number of styles that were being undertaken. Fifty years ago? It doesn’t feel like those ideas are fifty years old because it was-genre defining, rather than following trends. It still sounds current, now.”

And, looking ahead to touring Foxtrot next autumn, Steve adds: “We’ve done Selling England and Seconds Out – that was cherry-picking the band’s history to that point.

“Foxtrot… At the time we probably had no idea just how strong it was. Things like this sound sweeter with the passing of time and 50 years seems to pass in a flash. I often find myself listening to stuff that’s not just 50 years old, sometimes 500 years old. That sounds fresh! The Earl of Salisbury by William Bird, sounds contemporary to me and pre-dates baroque music. Rock and roll has been around since the mid-’50s but the roots start much earlier.

“Foxtrot is a very European sounding album, you can tell which side of the pond it was crafted. But it still has those elements of syncopation that really belong with the New World in America, a collision of cultures that seems to work so very well. There’s something of a typical Genesis style that seems to be both sacred and profane. It seems to swing and, at the same time, has a foot in the church, a foot in the dance hall and, somehow, it seems to go together. And it still stands up very well.” 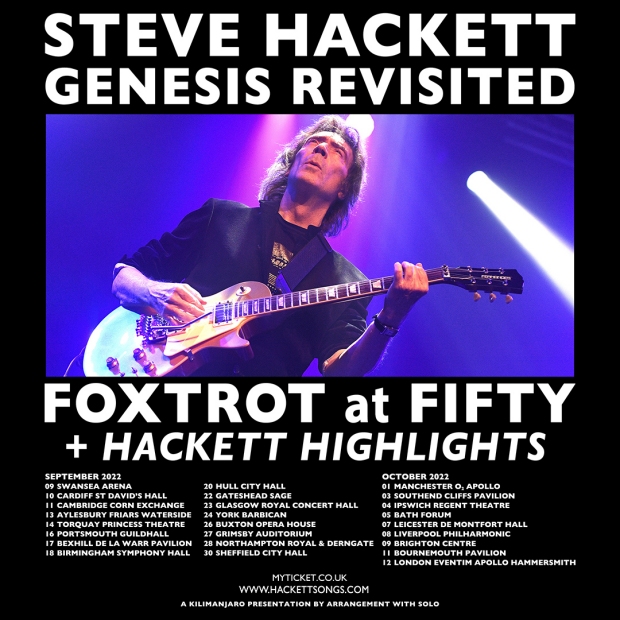