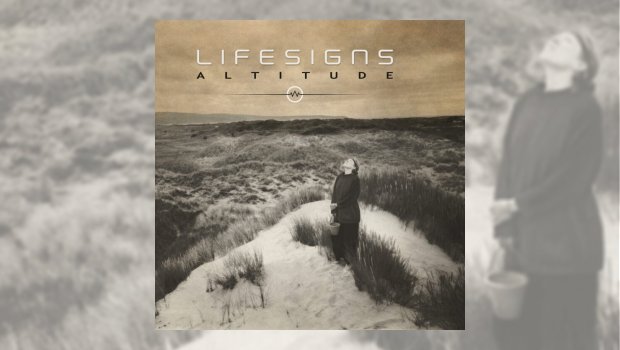 So, Altitude, album number three from Lifesigns, and this one seems important somehow. A new line-up, no chance of touring to promote it, and their staunch refusal to give their art away on streaming platforms all make this a critical release for the band. The good news is that it’s a fabulous album which, if heard widely enough, will convince many unfamiliar with their music to invest their time and money in it.

Whilst the debut album was pure prog, and the follow-up, Cardington, introduced some poppier elements, album three sees both those threads reinforced with some thoughtful and lovingly crafted songs edged here and there with some decorous jazzy moments. Overall, it’s the strength of the songwriting which makes this album work, together with some powerful and emotional playing from all involved. Lifesigns have style and taste in abundance, so don’t indulge in the extreme areas of prog, but that doesn’t mean their songs are simplistic; it just means they are easy on the ear. There is always depth however, and repeated plays bring out the hidden complexity and subtleties of what is on offer.

The lengthy title track draws us in with a superb ambient sense of space. John Young cleverly creates a sense of vast emptiness, distant clouds, open skies, before piano gently ushers in the first vocal section with a symphonic feel. Guitar chords from Dave Bainbridge warn the rest of the band to wake up, then Jon Poole and new boy drummer Zoltan Csörsz (The Flower Kings) set up a rolling rhythm and Young’s fluid synth is away and we are rocking. The song has wonderful light and shade as we progress, and the addition of violin and cello on the quiet sections is a masterstroke. Contrasting proggier passages complement the composition, which hangs together beautifully. In the slightly jazzy moments, Bainbridge shines especially, showing what a great signing he was! Ethereal backing vocals from Lynsey Ward (Exploring Birdsong) add to the magical atmosphere of this timeless track. Listening to this, it seems so unlikely that this was recorded at various places in the world and stitched together following remote file sharing, but of course that is the reality, and credit to Steve Rispin in particular for making it sound like they were all together in the studio. The song ebbs away with more gorgeous violin from Peter Knight and cello courtesy of Juliet Wolff. A fantastic immersive start.

Gregarious follows, and is, I suppose, the more commercial, poppier end of the spectrum, but it’s still a quality piece of songwriting and works well after the epic proportions of Altitude. Again Bainbridge pulls out an outstanding guitar solo to underline the fact that this is serious rock music. It’s the sense of balance which makes this such a listenable album; there are no clever-for-the-sake-of-it forays, no gratuitous showboating, just restrained but full-blooded progressive rock of the highest calibre.

Ivory Tower is a song which was played live in the weeks before the pandemic struck, and I remember seeing it with the memorable ‘I fall down’ refrain. Another great song which gets embedded in your brain after a couple of listens. Shoreline is a proggier piece which could have easily fitted in on the first album and has Young’s trademark interesting chord structures and instrumental breaks weaved into the framework of the song. Zoltan’s fills are perfect on this track, his playing well suited to the jazzy section in particular, with Poole and Bainbridge also busy and on blistering form.

I’m trying not to slavishly mention every single track from the album, because that’s boring, and by now you should be getting the idea that this is an album which needs to be heard by prog people everywhere, but I have to briefly mention the epic Fortitude which is a contender for best song, and just has everything you want in a Lifesigns piece of music. Finally, another song debuted live last year which proved to be a show stopper was Last One Home, a wonderful tale of a sailor trying to make it back to land. The song itself is superb, a real tear-jerker, but again the star in the firmament is Dave Bainbridge who pulls off a gut wrenching guitar solo which is a fitting climax to a great album.

I really hope people get to give this a listen, because Lifesigns are a hard working band of class musicians creating music they care about, and if it gets heard widely, many more will care about it too. This is simply a shoe-in for a top ten spot in the end of year lists, and probably in the top half at that. 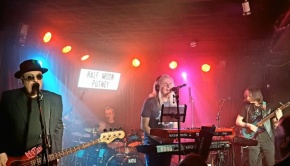 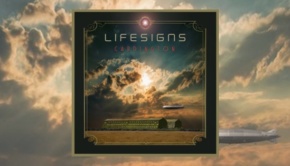