More than a year after the release of their most recent album, Altitude, at last Lifesigns finds itself in the Netherlands for a live show. “Finally” are the first words of founder/songwriter/singer/keyboardist John Young; the audience wholeheartedly agrees with him. Life is hard enough as an independently operating band, without the support of a record label. You have to rely on the support of your audience and especially crowdfunding. If you are then unable to perform due to force majeure, an important source of income for artists, you really have a problem.

But not on this warm summer night in Zoetermeer; once again De Boerderij is the setting for a show by the British band. With their latest album, well received by both the public and the press, firmly in hand, the musicians enter the stage of Holland’s most important (prog)rock venue just after half-past eight, to loud applause. The host on duty already announces: video recordings will be made for a possible DVD/Bluray release – the crew of the experienced John Vis is in for a busy evening. This further fuels the enthusiasm of those present. No sold out house this time, unfortunately, most small(er) theatres struggle with this phenomenon after COVID. Just about 300 people, including many connoisseurs of the genre; I also notice a few colleagues (off-duty) and two members of a well-known Dutch prog band from the north. Spirits are high. 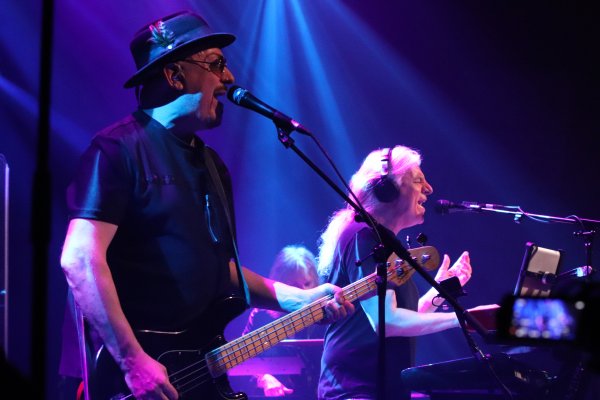 Quite a chunk of classical music as an intro to the show, Yes has its following. Opener N immediately sets the tone. ‘You Are Freedom’ is heard in this symphonic rock party, Young announces with a wink that we will be served the band’s ‘greatest hits’ during the first set. According to Young, Open Skies dates from his period on tour with the Scorpions, where chaos reigned. That sentiment is once again underlined by Dave Bainbridge’s excellent shredder guitar work.

Different is accompanied by a call for more acceptance from the frontman, with integrity. During the popular At the End of the World, Young asks for audience participation, which he gets. This top-notch song is an absolute highlight of the show. Impossible is announced with that well-known English humour as ‘borderline pop music’, Young doesn’t do himself and his band any justice. After more than 45-minutes it is time for a break and a drink, it’s a hot night.

Only after half-an-hour, the second part is started. Allegedly there are some technical problems with the sound recording that need to be solved first. After that we get to hear an almost full rendition of the new album Altitude, just what I’ve come to see and hear. 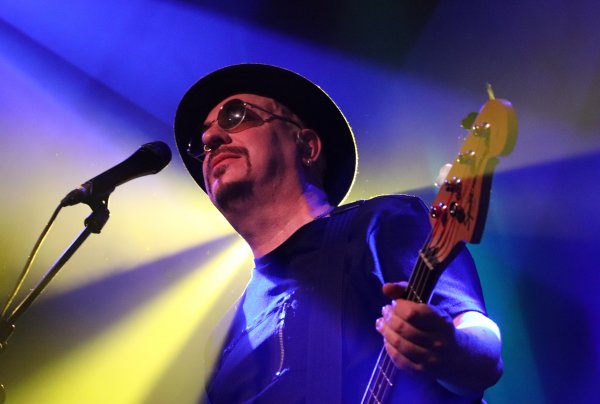 The beautiful intro of the title track sounds, the audience listen breathlessly to a flawless rendition of this more than fifteen-minute long song about the inner feelings of a drone. This is nothing short of impressive, Bainbridge’s slide guitar and Zoltán Csörsz’s military snare drums makong this epic song a future classic and audience favourite. The following Gregarious is a lot shorter and sounds a bit Kayak-like.

Ivory Tower is about love and jealousy and is set in an Indian restaurant in Farnham, at least according to John Young. Jon Poole’s driving bass and Young’s emotional ‘I Fall Down’ set the mood. Strong jazz rock influences characterise the intro to Shoreline. ‘They don’t write songs like this anymore,’ Young casually remarks. The frenzied audience rewards the band with huge applause. Fortitude is ten-minutes long, sympho in the vein of Genesis and Camel with jazzy tones, the unison piece by John and Dave represents a new highlight during the show.

The emotional Last One Home concludes the official part of the gig. This blood-curdlingly beautiful song features an excellent Dave Bainbridge, this time with Andy Latimer-like playing. Inches of goose-bumps and a minute-long applause is the rightful reward. As a native of a harbour town, I can very much identify myself all too well with the skipper of the ship that is the last to sail into the harbour in one piece, at least this time. 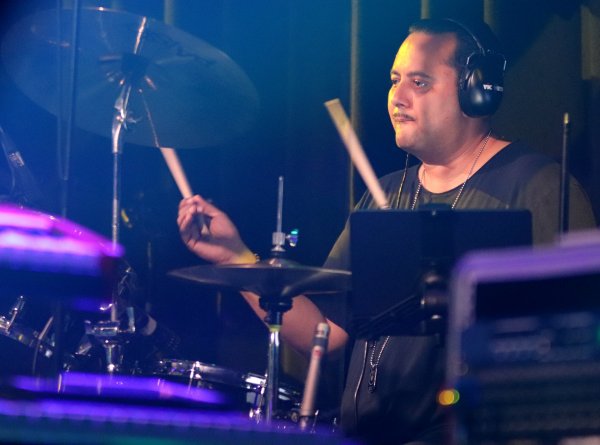 The band does not leave the stage but stays on for the encore Kings, a song that dates from the time of the John Young Band. This time it’s a pretty heavy version of this instrumental, a kind of ‘Lifesigns goes Led Zep’ complete with heavy guitar riff and finger tapping Bainbridge.

The female backing vocals, the cello/violin and some keyboard loops come from an electronic box, a pity but inevitable. On the other hand, the vocals were great live, mostly two-part, but sometimes even three-part. There are four excellent musicians on stage at De Boerderij; a close-knit band, playing tightly, the guys are visibly enjoying themselves.

After the departure of veteran drummer Frosty Beedle, Zoltán Csörsz (ex-The Flower Kings and Karmakanic) became the latest addition to the band after a brief audition. An extremely valuable addition, he’s the band’s solid backbone behind his small kit and hiding behind a Plexiglas cage. Bassist Jon Poole is the big showman, in his red boots, trendy hat and eternal sunglasses, jumping around on stage like some kind of punk, meanwhile vigorously plucking his strings and producing some fine vocal parts. 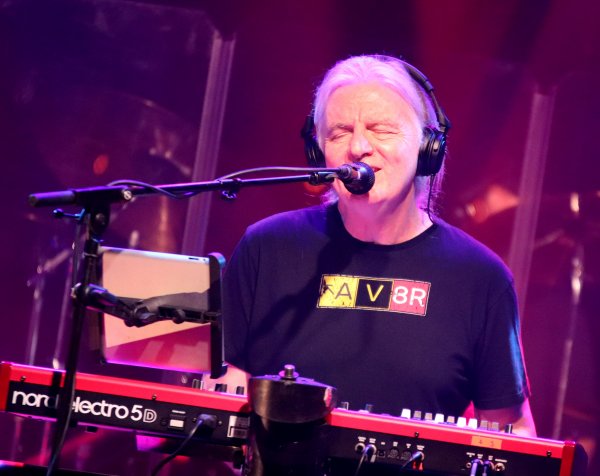 At the centre of the stage is the calm, sometimes even humble person of John Young; the 66-year-old Liverpudlian even seems embarrassed at times by his leading role and prominent place on stage. His vintage keyboard playing is wonderfully ’70s and his pleasant voice, modesty and above all honest stage presence make him the sympathetic frontman he is. Maybe against his own will.

However, to me, Dave Bainbridge is the star of the show. I’ve seen him excel before, with Iona and Celestial Fire; this guy is a real champ. When do you ever see a musician who plays (electric) guitar just as well as keyboards? And also with an engaging personality, always with a smile. Every now and then he has to do breakneck tricks to get out from behind his battery of keyboards for a trip with his guitar to the centre of the stage. His technique is unparalleled: he regularly receives a standing ovation from an excited crowd, encouraged by Young. 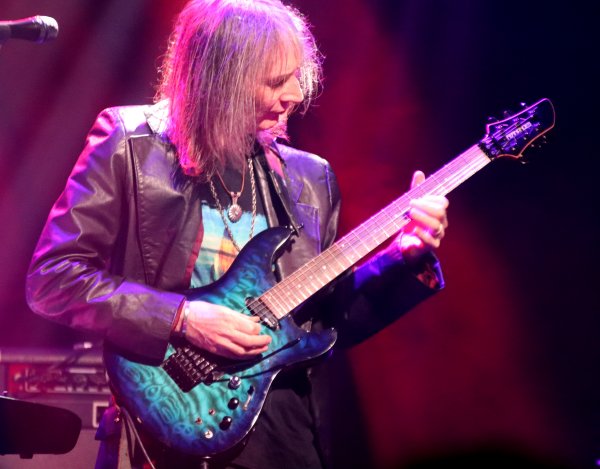 Sound and light are, as always, superb at De Boerderij, the first partly owed to the fifth band member, master sound engineer Steve Rispin, who gives the attendees a super experience with his crystal-clear sound mix. The audience is served up to two hours of high-quality symphonic rock music by Lifesigns, afterwards band members mingle with the audience, a sympathetic gesture. All that’s left for me now is to conclude with the words of John Young: they don’t make this kind of music anymore. Unfortunately.