Guitarist, songwriter and composer Alan Dweck caught the music bug young, writing his first song aged nine. He cites Pink Floyd’s Dave Gilmour as a chief early influence on a life and career which has seen Dweck absorb cultural influences in situ around the world. In the early ’90s, following the collapse of the Wall, he led one of the first bands into the newly-opened Eastern Europe, a journey which left a lasting impression. His last record, Entangled Moments, is a fine collection of prog-rock songs which brings to mind everyone from Pink Floyd to Brian Eno and The Moody Blues. TPA talked to the talented guitarist ahead of his forthcoming new album…

Alan, you’ve lived in a lot of different countries. Where were you born and how did that come about?

I grew up in London, in East Finchley area. I’ve lived in France for a while, Hong Kong, Australia for a long time, Singapore for five or six years. I came back to London just in time to get caught up in Covid. I’ve always been fascinated by travel. I love exploring different cultures. I’m always surprised by how we’re all the same, but different, I kind of love that.

Has experiencing these varied cultures influenced your music?

Of course. As a musician, you’re always listening to what’s going on, what fires people’s imagination. Music as an art form is really interesting. It speaks directly to your emotional core. It’s really interesting to see how people do that, across cultures, in different ways.

Your interest in music started early?

I’ve been musical since I was six years old. I used to put myself into a room at school with a piano. No formal lessons, just see what sounded nice to my ear. After a bit I picked up a guitar and started teaching myself. I always wanted to write.

What music were you exposed to, growing up?

I have two older brothers. They were playing The Beatles and stuff like that. It was a time when pop music seemed somehow really important. That whole ’60s, ’70s thing. My parents would always have a collection of the latest songs in the house. My father really liked the old crooners, Frank Sinatra, Ray Charles. Ray Charles was an early influence on me. I was also listening to Pink Floyd, particularly Dave Gilmour’s guitar playing. He was one of the first guitarists to really speak to me. I used to listen and think – “how do I make that noise?” I would just ride on that soaring guitar… 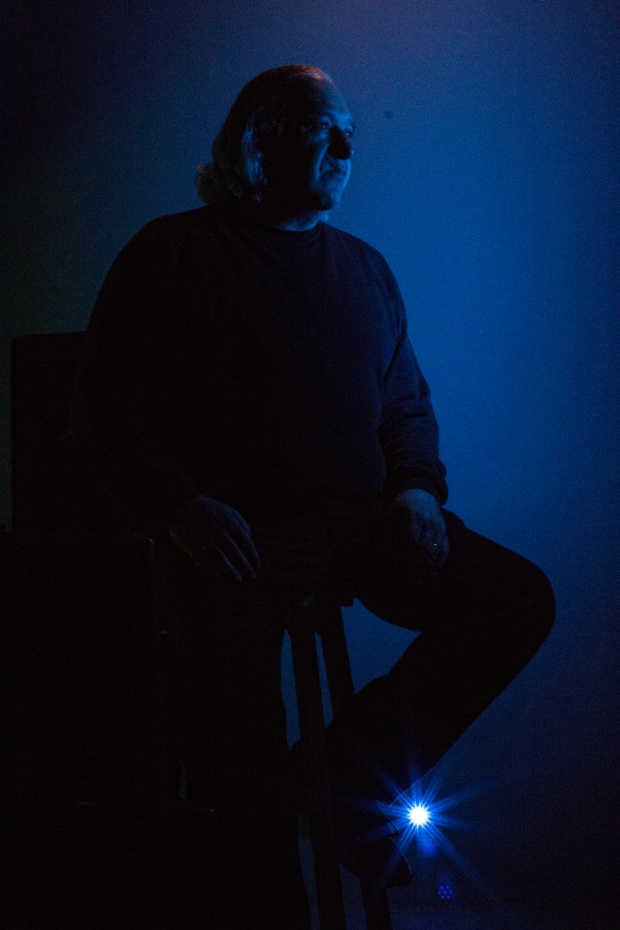 You mentioned Ray Charles, who explored many different styles – I hear a similar eclectic mix of influences in your music.

Absolutely. You listen to these great guitarists; Gilmour and Jimmy Page with Led Zeppelin, and then you start understanding who they were influenced by. Pretty soon you find yourself somewhere in Mississippi. That really got me. From there I’d go to people who took blues in other directions. Gershwin, or the jazz world. At the same time I loved classical music, Beethoven or Tchaikovsky. I also like the more modern composers, such as Prokofiev.

For me, if it touches someone emotionally… that’s what I strive to do. I’m trying to touch that core. I try to do that when I write and I try to do that when I play. It doesn’t matter what the style is, whether it’s a pop song or a blues song or an intricate piece of jazz. It just has to touch an emotional core. I can’t even put my finger on what it is, but it’s there in all great music.

With your last album, Entangled Moments, you purposefully set out to replicate a vinyl release?

Yes, with Entangled Moments I made sure there was a ‘side one’ and a ‘side two’. I wanted a collection of songs that I felt worked together. I think that we’re losing a bit of the album concept. Spotify makes things so instant. Don’t get me wrong, I love that all the music in the world is at my fingertips. It’s wonderful. But there’s also something wonderful about a collection of songs that feel right working together.

How would you describe your sound?

Like a lot of musicians, you never want to say “I’m this” because you might want to “be that”. There’s certainly a lot of progressive rock influences in my music. There’s a lot of blues in there as well. At the end of the day, I want to be thought of a songwriter. This last weekend I’ve been working on a track that’s completely different. It’s full of electronic beats. I found something I wanted to say and a way of saying it.

Can you tell me about your song-writing process?

I often just pick up a guitar and start playing around and something will click. I kind of dive into it, it’s an exploration. That’s one way of writing. Sometimes I start with lyrics. That’s what happened with Be’Elzebub Is Dancing [from Entangled Moments]. Trump had just been elected. I felt so disappointed with the world and I just started writing and the lyric came to me: “the angels are weeping their tears of goodbye”. The words just fell out. It took a while to figure out what to do with the track musically. It wasn’t until I was listening to Dusty Springfield’s Son of A Preacher Man. I thought, what is it about this song? I realised it was this country-American feel that would work, and out came the track. 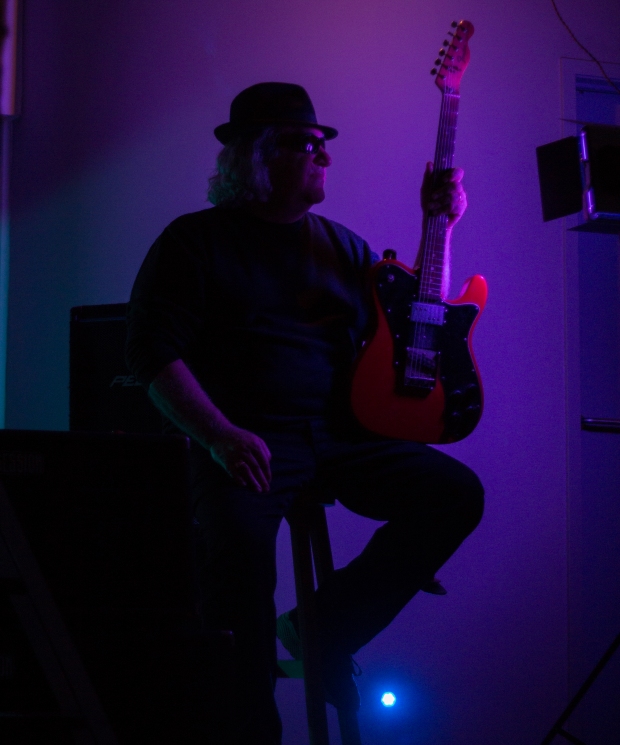 How is the new album coming along?

I’m about two thirds of the way through. Some of it is along similar lines to Entangled, but there’s more of an upbeat feel. There was one song that I really wanted to put on Entangled, but I wasn’t happy with it – that’s what really started the new album. I was inspired by an art exhibition I went to. There was a guy who made a film with a ball strapped to his back [Svay Sareth – Mon Boulet]. He walked across Cambodia. Fascinating. I thought it was brilliant. I found myself thinking about it a few days later and I picked up my guitar and the chorus fell out. I take inspiration from anything that’s going on around me.

These days you work from a home studio?

Yeah. In the old days I used to beg borrow and steal recording time wherever I could. It was harder, but, you know, I’ve had this home studio quite a while now. I used to work with a guy who’s now a top studio engineer. I learned a lot from him. I use those skills and hone them all the time. There’s an art to recording, but to me the real focus is writing. I will spend a lot of time trying to work out how to say what I want to say. The recording of it is almost a mechanical thing. It can be creative, but the bit that I’m interested in is the writing.

Do you know when a track is finished?

A lot of people call me extremely annoying because I’m a perfectionist. I keep going back and over and over a track, but the funny thing is, for me anyway – the last thing I ever did was the best thing I ever did. It probably isn’t but… I get very excited and wrapped up in it. There’s a zone you get into, where you can get completely lost in the whole creative process – and that’s when I get really excited about what I’m doing.

Prog music has been through a lot of ups and downs since the ’70s. Do you believe there’s a reason why fans are still out there?

I think so. Clearly, I do. I create that sort of stuff and I’m happy to do that. Everything has a place. You can’t write off anything, but those longer pieces were loved in their day by people who were not insane to love them. They love them because they were great pieces of music which spoke to them. You can speak to people through a long format or a short format. It depends what you want to say and what the best way to say it is. There’s nothing better than getting lost in a piece of music and letting that carry you through – let that go on for as long as it needs to go for. That’s a wonderful experience. But there’s also something great about a snappy pop song that comes in and wastes no time, says what it wants to say and gets out.  There’s no right or wrong. It depends what the artist wants to say. Find the medium that says that best for you. 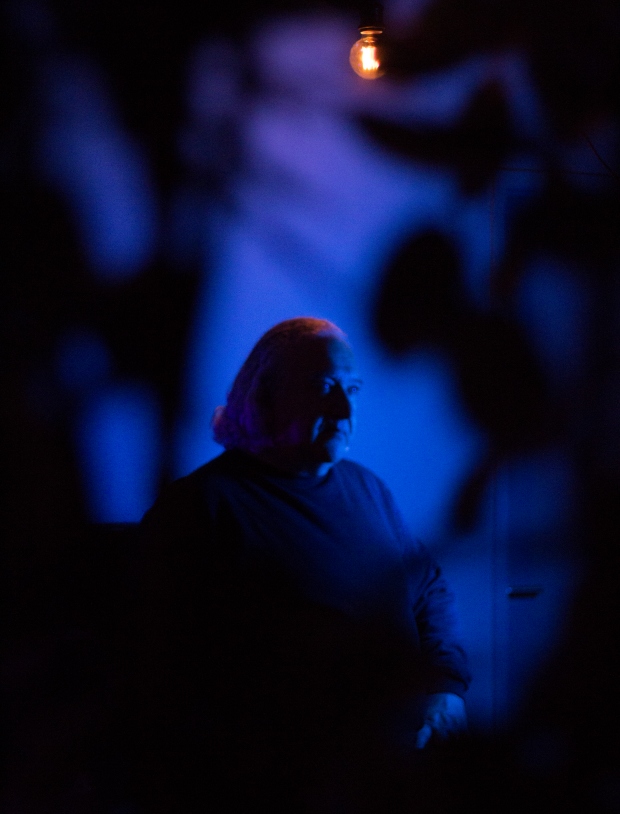 Are there any prog bands in particular that you listen to?

I listen to a wide range of things today. I recently rediscovered some Camel. I really like the way Andrew Latimer plays the guitar. He’s a great guitarist. Every now and then you have to get out In the Court of the Crimson King!

Camel produced a wonderful concept album with The Snow Goose.

Yeah. That was great. They had another; Moonmadness. The Snow Goose was fantastic. Mirage – there was one track on there that I listened to endlessly. I loved the way that was put together. Maybe more obscure – about a week ago I dug out an old album by Man, who were a Welsh band from the ’70s. They were kind of a Welsh Grateful Dead. Bits in there were really great and still work for me. I also love listening to some of the funk from that period – Isaac Hayes. I just love that stuff too. I also spent a lot of time listening to the Temptations recently. They come up with a whole load of stuff that was great – completely different style.

Producing a linked collection of songs is important to you?

I like a selection of songs that work together. That’s what I tried to do with Entangled, it’s what I’m trying to do with the next album, but I also like waking people up. I don’t like things being all the same. I like there being different styles, moods and approaches in there, but there should be something which unites it.

When can we expect the new album?

I never want to rush something out that isn’t quite right. It’s about delivering quality. It should be towards the end of this year, if I manage to get everything right!

[You can read Chris Wheatley’s review of Entangled Moments HERE.]