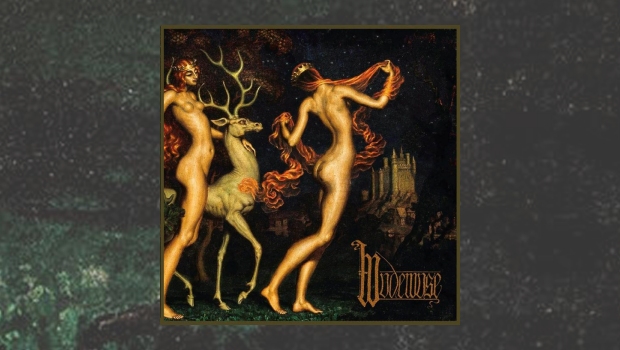 Norway has always held a particular fascination for me, from the spectacular scenery, its friendly people and its history, but most of all the wonderful and varied music that comes out of the country. Wudewuse fall into the fascinating and intriguing category with the music presented here, this is a project of Sondre Bergersen Mæland (also known as Spacewülff of Spectral Haze and Skrubben (the wolf) from Tusmørke), who hails from the south eastern forests of Norway. Along with Sondre, this particular incarnation of the project consists of four other prominent musicians from various metal, pop and prog groups.

The music has been described as “Gothic forest folk”, and it does manage to invoke images of dark Norwegian forests using intricate and moody guitar picking, but the album is so much more than just that. Yes it is moody at times, but underneath there is a raw beauty to the music. It was written over a period of three years, while Sondre was living in the forest and working at a graveyard. As he worked he listened to a lot of classical and Gothic music, as well as metal and prog rock, which Sondre states has always been dear to his heart. He also states that the musicians John Renbourn and Bert Jansch have been an inspiration for everything he has done with Wudewuse.

Now the subject matter – death and myth in the age of the pandemic – might lead the listener to think this would be a very sombre and lifeless affair, but the truth is far from that. There are many moments where the music is bright, positive and beautiful, perhaps showing that there is always a glimmer of hope. The music is mostly acoustic guitar driven but is subtly supported by the other instruments. Sung in his native Norwegian, it gives the songs an organic, earthy feel, and the listener would definitely get the feeling that Sondre was sat amongst the forest’s trees as he composed these pieces.

The album’s nine tracks run for just under forty minutes, with album artwork provided by obscure visionary artist Nicholas Kalmakoff – and quite striking it is too. The album opens with Amaryllis, the picked guitar and Norwegian lyrics drawing you into this musical world. This is followed by Kirkegårdsvise, the subject matter dealing with a walk in the graveyard, philosophising on what happens before and after death. The title track is a wonderful slice of bright, positive acoustic guitar which leaves you with an almost feel good factor.

On Halvganger, the acoustic guitar is embellished with some great organ which ebbs and flows throughout, setting the song’s mood. The high standard of the heartfelt songwriting continues throughout the album, brought to a conclusion by Hvem Kan Seile Foruten Vind (which if my limited Norwegian is right means ‘Who Can Sail Beside the Wind’), an old Scandinavian folk tune, which starts with the sound of the waves lapping the shore before acoustic guitar gives us a a warm positive ending to the album.

There is so much to enjoy in this album, which appears to have been put together with great care and attention. Thought provoking with an almost mystical quality to the music, the listener is drawn into Sondre’s world in a wonderful way. Give it a listen, I am sure glad I did.