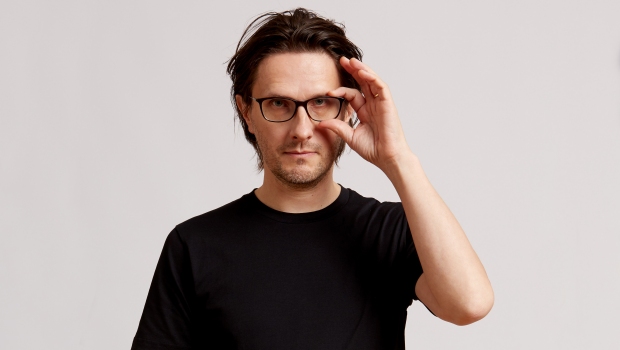 Musically, Steven Wilson’s new album, The Future Bites, is stunning and the lyrical content has the sting of a viper, a dark reflection on the way modern technology influences our lives. But enough of my thoughts, you can follow the link to check out Graham Thomas’s review of The Future Bites.

Now it is time to hear from the man himself, as I caught up with Steven, by phone, to get the story behind The Future Bites. The album was, originally, due for release in the middle of 2020 but, as the pandemic hindered the manufacturing process and forced him to postpone the tour, the release date was delayed until 29th January 2021. Was it difficult to sit on this project until now?

“It was”, Steven says, “although the funny thing is because of the pandemic, it’s become more topical in a way. The Future Bites was written in a time before Covid but during a time when we still had a lot of bad stuff going on, such as Brexit, and I find it strangely real and relevant. It’s coming out at, possibly, the darkest time during my life time.

“I was writing it around 2018 and it was right in the middle of the Brexit furore and the Trump administration. I was also finding myself increasingly worried about the way that social media was becoming a hotbed of fake news and disinformation. It seemed that everyone on social media was belligerent and very opinionated.

“I started to think ‘isn’t it interesting how social media and the internet has almost changed the course of human evolution?’ We are now much more narcissistic in the sense that we are so used to seeing ourselves reflected back through the mirror of social media. That was the starting point: how is modern technology, how is artificial intelligence, how are the algorithms that analyse our behaviour on the internet, how have all these things started to impact the evolution of the human species?

“I think that no one really fully understands the true consequences of how it will affect us in the long term. That’s the really scary thing! It’s going to be fascinating to see. I wish it wasn’t so topical and relevant, in a way, but it really is. When it was written two or three years ago I had no idea what was around the corner and, God knows, the future really is biting hard right now!” 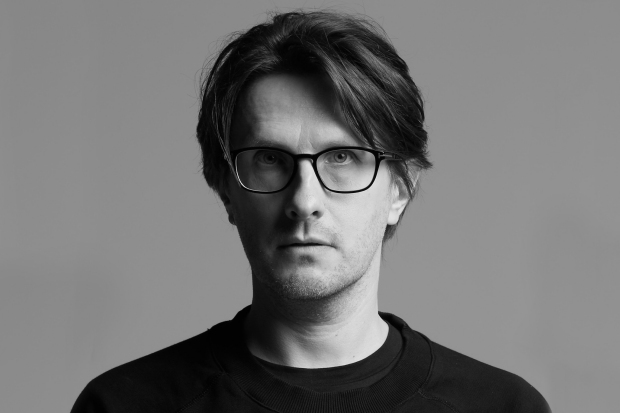 With the subject matter being so topical, it was important for the music to have a really contemporary edge. To help with this, Steven enlisted the talents of David Kosten (Bats For Lashes, Everything Everything, Keane) to assist in producing and mixing the album. And what a great job he has done.

“He’s done a terrific job”, Steven agrees. “We had such a great time and he’s a similar age to me, we grew up at the same time, but what I love about David is he has such a great knowledge of the history of music. He’s very musically literate but everything always sounds very contemporary, very fresh, there’s never that nostalgia. Maybe some of my previous albums have been a little guilty of looking back, and nostalgic, and David really helped to keep me focused on something really relevant and really fresh, something that could only have been made now, in the present time.

“I think it’s fair to say that everything that has ever been made has references to the past but if you have a strong musical personality you can transcend that. Of course you will hear references to other things and references to my interests but I believe, overall, the album stands as something that sounds uniquely like a Steven Wilson record, and that’s the most important thing.

“At this stage of my career I don’t think my records should be generic in any way, I want them to stand alone and be part of my own unique musical universe. It’s taken years to get to that point. You tend to wear your influences, more, on your sleeve in the early years but if, as you get older, you develop a strong musical personality that transcends those earlier influences.”

At almost 10-minutes long, Personal Shopper is the album’s centre piece and Steven gave some insight on the background to the song.

“Personal Shopper is half way between being a love-letter to consumerism and the other half concerns the more insidious side of, what I see as, modern consumerism, in particular what’s going on, now, on the internet with e-commerce, which relates back to the things I was talking about earlier.

“Nowadays, when we are shopping, our internet footprint is constantly being monitored and analysed, not by human beings, by algorithms which are using that data against us to persuade us to buy the things that we don’t really need. I’m fascinated by that, partly as someone who loves to shop – and I love to buy the things I don’t need, things like deluxe box sets, 180g vinyl reissues”, he laughs. “That’s my world! I love that stuff but… honestly… do I need that stuff?

“No. Of course I don’t need it. So, it’s very interesting when you look at the behaviour of the human race, we are the only species on earth that actually consumes things we don’t actually need to live or survive.

“That’s something that makes us different, special, and that’s fine, but there is the darker side. Where does it stop? Where does the process end? Buying the same things we’ve bought before, buying things that have no function, buying things that are purely about ownership and status. It’s not even about the utility of them, just to be able to say to people ‘Yeah, I own this!’ And that’s a very human trait.”

The track features a shopping list of typically non-essential items read by (a stroke of genius!) Sir Elton John.

“When I wrote the song”, Steven explains, “I always had the idea of someone with a recognisable voice to read out the list of, what I call, first-world shopping items. I thought maybe an actor would do it and then I went to see Rocket Man, the movie. Right at the end of the movie there’s a little ‘where are they now’ bit before the credits. Of course, Elton’s picture comes up and it says Elton has now kicked all his addictions except one…

“And it’s got the picture of him with all his shopping and I thought ‘Of course!’ And this light bulb went on over my head! ‘Of course, this is the guy! This idea is so perfect it cannot fail and I’m not prepared to take “no” for an answer.’ I sent him the track and, luckily, he absolutely loved it. He immediately got it and realised he would be sending himself up but he’s the most famous shopper on earth, isn’t he? Everyone knows Elton John loves to go shopping.

“I’m so glad he agreed to do it and he did such a great job. He was so engaged and enthusiastic about it.”

Another modern phenomenon is that of following others on social media, the subject of the track Follower.

“The phenomenon of the influencer is of people who have no talent for anything except posting pictures of themselves on Instagram and attracting followers. There’s something about that I find really vile, it depresses me. People may have an okay body and a good collection of clothes in their wardrobe but these people attract unbelievable numbers, millions and millions of followers. Modern culture is pretty depressing, isn’t it? People famous for being famous and nothing more.”

The Future Bites will be available mixed in the new Dolby Atmos format. As a technology dinosaur, myself, it was new to me and I was interested to hear what Steven had to say about this new variant sound system and how infectious it may be.

“It was new to me, too. I only found out about it at the end of 2019 when The Beatles released the Abbey Road box set and included a Dolby Atmos mix in that set. I was invited down to Abbey Road to hear it and I was blown away! I fell in love with it.

“I was completely ignorant, myself, to that point. I found out about it and started to work in the format myself. Essentially, it’s the next step on from 5.1 sound, which a lot of people have in their home movie cinemas these days and is two speakers in front of you, two speakers behind you and the speaker in the centre for the dialogue or lead vocal, in the case of music.

“Dolby Atmos is the next step up from that, 7.1.4, still the speakers around you with two extra speakers at the sides and the .4 is four speakers actually above you. That not only immerses the listener in the horizontal plane but you can also send certain sounds above the listener and I absolutely love it. I’m completely sold and I think I’m one of the first people to mix my new record in the format and, obviously, I’m hoping that it’s going to become more widespread as time goes on.”

I remember the introduction of Quadrophonic sound systems, back in the ’70s, and how they didn’t catch on.

“Likewise 5.1”, Seven adds, “which they marketed in the early 21st Century and didn’t really take off, either. I think Dolby have one thing in their favour. A lot of soundbars, now, can decode Dolby Atmos sound too. I’m really hoping it’s going to catch on.”

And finally, a quick word from Steven about the tour which is such an integral part of Steven’s total concept around the album. This has been put back to the autumn in the hope that venues may be open again and UK dates have been increased from two shows (planned for 2020) to eight.

“Yes, but they are slightly smaller venues. I had this arena tour booked towards the end of last year and arenas are booked up like 3 years in advance. Once I lost those shows I was unable to re-book the arena because because people like Elton get first dibs on the reschedule”, he laughs. “So I’ve gone for slightly smaller scale venues, still nice venues, not quite on the scale I was hoping for, but it’s still going to be a very spectacular, very immersive audio-visual experience. I love to create a lot of visual aspects to the show, always been a big fan of multi-media and I’m planning to raise the bar with these shows. With the subject matter of consumerism, identity and social media, there’s a lot of things that suggest themselves in terms of how to present those subjects live. It’s going to be a fun show, it’s going to be quite intense and dark but a lot of stuff relating to the content of the record, for sure. A little bit of black humour going on.”