From Chile, Aisles released their latest album, Hawaii, a few months ago and are about to tour Europe during the next two weeks, including a show in the U.K.. TPA’s Tony Colvill had a chance to speak with the band’s guitarist, composer and producer Germán Vergara about the album and the upcoming shows.

Hi, thanks for taking the time to speak to TPA.

Thank you for this chance to talk about Hawaii.

Was writing Hawaii easier than previous albums as you had a story that drove the lyrical narrative?

I think that having a concept helped to lead all the ideas in one direction. I don’t think it was easier, because we dedicated a considerable amount of time to writing the music and I used a lot of time, maybe even more than on our previous albums, to write the lyrics.

I think that having a concept helped me to work with genuine inspiration, which was a real pleasure and made so much difference. I don’t think I have enjoyed any other process more than this one. Maybe in that sense it was easier because it was so very enjoyable.

Where did the concept come from?

From the song HAWAII in the album In Sudden Walks. and that original idea came from a feeling that the world was going in the wrong direction but at the same time the feeling that amongst the masses of people there is always an individual that can make a difference. 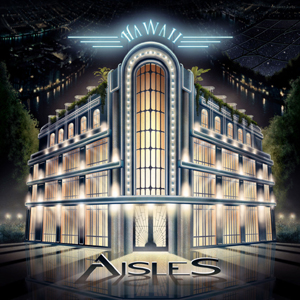 Hawaii is more than a sci-fi album about the destruction of the earth, it is more about this group of people that had the determination and the spirit to develop a plan to preserve as much as they could from what they considered was the best from humanity and from the earth. It’s about their way of life hundreds of years from now. It’s about how in spite of improvements in the quality of life there will always be an existential doubt, or the need of the most basic things like human warmth or sensual and aesthetic pleasure. It’s about the philosophy of a more free society but also about the nostalgia of a lost world that was the most beautiful place in the known universe.

Are the lyrics and story the work and imagination of one of you or was it a collective effort?

Most of the things come from my ideas as I am the main lyricist, but I have to recognise that many ideas came from band conversations; musical ideas, theatrical ideas that some of the others came up with.

Conceptually I’m an important part in Aisles but I wouldn’t have done it without the contribution of Rodrigo, Sebastián or Felipe who are always giving ideas and concepts. Sebastián contributed to the lyrics of Terra and CH-7.

In Aisles we all create music from a very emotional perspective and that is the base to the story or lyrics.

Hawaii seems to define an Aisles’ sound more so than 4:45am. Was that a conscious decision or just how the music evolved?

I think it was the natural process of evolution, what makes me very happy is that with every album that we make we get closer to our own sound. Most of the music reviews say that Hawaii shows the originality, individuality and uniqueness of the band. For us that is something crucial and part of our artistic mission.

The story told through the album seems only the beginning of the journey, will there be a follow up album to carry the tale forward?

It could perfectly be the case. I don’t know how or when, but I think the concept is so powerful that there is the possibility to keep experimenting with this idea of human colonies in space after life on earth is no longer possible.

The whole package of the album, with the background pieces and the artwork, is beautiful, both forward looking and yet nostalgic. Was it easy to get the ideas across to Omar Galindo?

It was a real pleasure working with Omar, this is the second time we have worked together and after these two processes we have become friends.

After long talks telling him the whole concept and showing him the first raw mixes of the music, he brought some ideas and then we would get together at my place and start developing them. In a concept album and with music that has the ability to convey images and landscapes in such a cinematic way it was essential that we did it like this; discussing the philosophical aspect of the story to shape every single detail of the artwork. I think Omar has both real talent and at the same time the humility to listen and a very open mind to develop something truly original.

4:45am felt to me like a showcase, Hawaii like an epic concept. One reviewer I read described it as ‘overblown’ but I can’t think what they were listening to! Where will Aisles travel next on this musical journey?

That is an excellent question. When we finished 4:45 AM we wanted to start the writing process without any pre-conceived ideas of what to do next. We got together and let ourselves go wherever music would take us, then when a certain sound started developing, ideas and concepts started to flow. That’s the way Hawaii was born, with total freedom of what we were going to do musically. I expect to start a new writing process in the same way.

We have to thank Presagio Records for allowing our creativity to flow without any compromise or restriction of any kind. 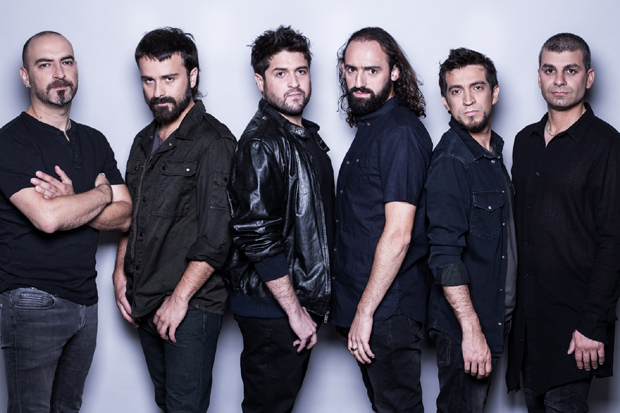 The European Tour, to use a railway analogy, seems like a Whistle Stop. If it is a success will you return for a longer visit? If so will it focus more on particular countries?

Absolutely, this is only the second time we have visited Europe. The first one was an invitation to open France’s festival Crescendo, but it was only that date. Now we have a tour of only 8 dates and unfortunately only one date in the UK. If it succeeds we will probably come back for more countries and probably to play the whole of Hawaii. Now we have a set list with most of the songs from Hawaii but also with many from 4:45 AM, and a couple of songs from In Sudden Walks and even The Yearning.

Will there be more UK dates next time around?

Absolutely, we would have liked to play more dates in the UK because in terms of record sales it’s our biggest audience. The UK is much more than London and we have to come back we hope very soon and with a conceptual show of Hawaii.

Musically the dynamic of Aisles seems evenly distributed. Is this the case or do the ideas come from one source?

This was a very collective work because everyone contributed at least one main idea for a song in the album. We all worked closely in the arrangements. We even spent time in a beach house totally isolated, one full week with the only duty of coming up with beautiful music.

What continues to drive Aisles forward?

First the pleasure of making music, secondly Aisles is the vehicle that allows us to express our feelings, that is something that can not easily be stopped. In my case if I weren’t able to express my feelings I would be very unhappy, writing music and writing lyrics makes me feel that I am a better human being.

For Aisles as a band the creation of new and meaningful music is the ultimate motivation.

What would you say are your most important musical influences?

We are many musicians and our influences are really varied, I think that has contributed to our very eclectic sound.

What is the South American music scene like for you, by-passing the stereotypical view of Rumbas, Tangos and Calypsos?

There is a very good jazz scene, as well as many rock bands that play alternative/indie rock and pop. Heavy metal and Hard Rock are big in Chile too and they draw large audiences in festivals and concerts. There is also a lot of folk singer songwriters taking a new approach on Latin American Folk.

Prog is a very specific niche, but fans are usually very loyal.

A silly question: are there any specific things that you ask for on the band’s rider?

I think nothing is too unusual, but specifically because the set list is so physical and exhausting we ask for a variety of nuts, very caloric snacks and a lot of water.

Thanks for answering our questions and giving us a great album, may your journey to Europe be safe when you come to play. Hopefully we’ll get to see you then.

Thank you for this opportunity to talk about Hawaii! 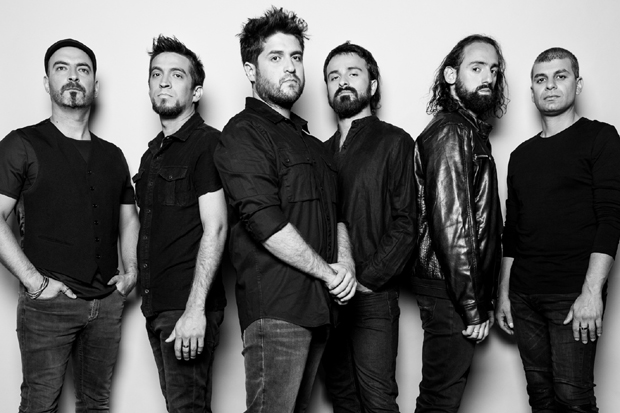