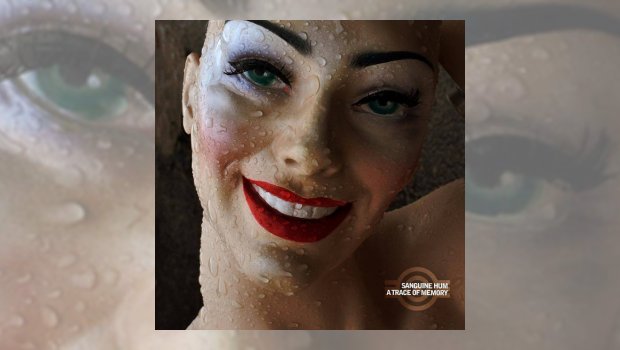 We all know that music makes us feel good. The regions of the brain triggered by music, the limbic and paralimbic areas, also deal with sex, good food and the best addictive drugs, but not that shit Zayden sells. I need to have words with him. This means that your brain can reward you with euphoria for listening to a good song! It’s why there is a long history of music that starts quietly, stealthily builds, and then gives you the big splooge at the end. Beethoven knew this, Peter Gabriel knew it, Pete Townshend’s windmill guitar arm knew it and so does Muse. David Guetta and Armin van Buuren definitely know it. EDM constantly builds and repeats its electronic noodling, with rhythmic pulsating thrusts and climbs and then… it’s all about the crescendo.

All of us – the youth of today, you, me – we love music because our favourite musicians, whether or not everyone involved wants to admit it, are basically trying to give us an orgasm.

If you’re young and fired up on MDF (whatev…) then you will have the stamina to experience plenty of these build-ups and subsequent “drops”. But if, like me, you are a person “of a certain age” then you are a little out of touch with modern popular culture. Furthermore, you may have missed out, just a little bit more than your contemporaries, if you grew up on Progressive Rock instead of the pulsing drive of the four on the disco floor. Even if, ten years on from progressive music, you were enthralled by its neo-progeny, you most likely didn’t revel in the sensuous beats of Euro Disco.

But it’s OK. I’m telling you that’s OK. Prog rock and the seventies music from which it derives much of its feel, format, and inspiration, takes its time. Perhaps one slow, relentless build-up to the splooge, leaving grey-bearded men rather tearful and a handful of women reasonably satisfied that its over (I’m reminded of a time when Gabriel was singing his lungs out through my living room speakers… “There’s an angel standing in the sun…” and the door opened, and my wife said: “Can you turn that off now”. True story).

In some ways the music of A Trace of Memory has a lot in common with EDM.
[EDITOR: Phil, have you gone mental?]
[REAL EDITOR: There’s no ‘have’ about it…]

EDM is structured with an intro, followed by The Breakdown, a Build-up, then The Drop, often using this entire formula in a ‘rinse, repeat’ fashion, so you get multiple drops in what can be rather long sessions. There’s a lot of building in these “banging sounds”, as there is in New Light through to Automaton. Sanguine Hum must know their audience pretty well because they don’t lay down a sick beat, but they sure do like to build on themes and give multiple pay-offs in a single song.

Not that this is echoed in the structure of the album. Neither is it an echo of classic progressive rock albums that left what the artist considered the best, often the longest, ’til last. The foreplay of A Trace of Memory starts with the shortest and somewhat Eno-esque track. Ambient sequenced keyboards, softly programmed drums and low gain guitar of New Light build into a pretty little sonic swirl, but no pussyfooting here, no paving the way for the magnum opus, for the second track they just go full on prog epic with the 13-plus minutes of The Yellow Ship, replete with a sequence that is reminiscent of some of the more climactic moments in A Lamb Lies Down on Broadway. There’s another Genesis reference! It doesn’t just get louder, either. It accelerates toward the climax of the song. There’s barely any silence before track three, Thin Air, launches. It is much less intense at the start, much like waking up after a short, exercise-induced afternoon snooze decorated with a slightly disturbing dream (fitting my narrative quite seamlessly). But no rest here. Sanguine Hum begin again with more building-up, so no time to rest. Two-and-a-half to three minutes in there’s a bit of a mini-climax and a nice guitar-solo payoff before they start going at it with a little more vigour, managing a full four-and-three-quarter minutes. Pretty impressive, I’m told. You might now have an urge to smoke.

I confess, A Trace of Memory never quite “got my adrenaline going”. But that isn’t the point here. This album is often pretty, sometimes sparse, always slightly understated.

The beautiful chord progressions and laid back drums, the interesting, breathy intervallic vocal melodies, the frankly gorgeous tones from Stick, guitar and bass, the well-considered keyboard voices that flow through every build up, each plateau, every inadvertent(?) homage to late seventies progressive rock bands, each reprised riff, and sneaky coda, is all expertly presented in this lush production. There’s just enough mild, edgy gentleness in the guitar to satisfy the prog fans who might consider Dream Theater quite heavy enough, thank you. There’s no full-on-disturbing on the cards, so don’t expect Tool. Maybe Tool-lite? No. Forget I mentioned Tool. There’s no Tool here, move along. Walk away. Some of this music is closer to my perception of traditional “prog” but with the vaguest hints of earlier Steve Hillage at his swirliest, rather than echoes of his rather splendid dalliance with his ’90s EDM combo System 7, so my earlier comparison might not seem quite as mental as you’d initially thought! I say “might”…

But perhaps it is! Perhaps you should chill out a bit! A Trace of Memory is mood music with a big gloopy spurge of prog thrown in. If a proggy splooge chillout is what the doctor ordered, then you should probably spend a bit of time listening to A Trace of Memory, possibly twice a day, if you’re up to it.

Sanguine Hum – Now We Have Light →